This column is dedicated to the art of lyric-writing, that special ability to take a few verses, bridges and refrains and communicate something as potent and profound as any 500-page novel or three-hour film could hope to achieve. Yet there are some singers who have the ability, through phrasing, control and the utter beauty of their voice, to elevate the words on the page to a level that they otherwise could never have reached. And Jeff Buckley was one of those singers.

That’s not to say he wasn’t a great songwriter as well, as he proved time and again on his 1994 breakthrough album Grace. Buckley handled the lyrics and the melody to the title track after being provided a piece of instrumental music by collaborator Gary Lucas. After watching his girlfriend leaving on a jet plane one rainy evening, he concocted a yearning meditation on time, death and love, his voice helping him to locate breathtaking peaks of wonder and unfathomable depths of sadness all at once.

In the opening verse, Buckley frames the parting as a heavenly battle for his soul: “There’s the moon asking to stay/Long enough for the clouds to fly me away.” “Well, it’s my time coming, I’m not afraid, afraid to die,” he sings. Buckley would indeed die an untimely death three years after this song was released, but the lyrics weren’t intended to foreshadow anything. They seem to signal a person at peace, able to face the prospect of death because of what’s he’s found in life.

The song conveys mixed feelings on the passage of time. On the one hand, there is the sadness of the impending separation, coming up too quickly. And yet, he sings, “I’m afraid to go, but it goes so slow,” suggesting that fate sometimes toys with us, taking its good-natured time to do with us what it will.

“Grace” can’t really be followed as a linear narrative, instead resembling impressions on a moment that flash through the narrator’s head and heart. As soothing as the song is, there are pricklier elements that snap us out of the reverie, such as the refrain “Wait in the fire,” which, of course, is just the opposite of what one should be doing in the midst of a conflagration. “It reminds me of the pain I might leave, leave behind,” is a line that bears a remarkable double meaning, as it could refer to the narrator’s pain, no longer with him once he’s gone, or to the pain of those mourning his absence.

And all of it is carried along by Buckley’s gravity-defying voice, which waits to truly leave the galaxy until the final moments, leaving all the listeners below cupping ears and squinting eyes as they follow its otherworldly path. Twenty-five years since first released (with the album containing it now the subject of a massive anniversary reissue), “Grace” might be one of the most aptly-titled songs, because its creator and singer practically glows with that elusive quality throughout. 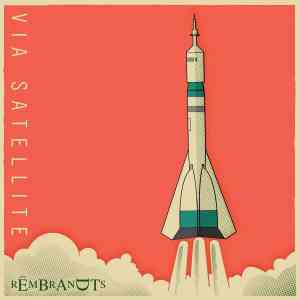 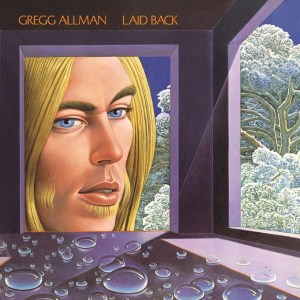