“I ain’t got time for the niceties.” So sang Vic Chesnutt in 1996. The Athens-based singer/songwriter is a legend in his time-his songs have been covered by everyone from R.E.M. to Madonna. His latest record, Dark Developments, is a collaboration with his neighbors, Elf Power.

This interview was conducted in March 2009.

“I ain’t got time for the niceties.” So sang Vic Chesnutt in 1996. The Athens-based singer/songwriter is a legend in his time-his songs have been covered by everyone from R.E.M. to Madonna. His latest record, Dark Developments, is a collaboration with his neighbors, Elf Power.

How did this collaboration come about?
I became aware of Elf Power in the ‘90s. I kept up with them because I loved their music. And years later, Andrew asked me if I’d like to do some jamming, and I said I’d be honored. Also, besides Elf Power, there are two other dudes-The Amorphous Strums. Those two guys used to be in a metal band in the ‘80s, in Athens.

How did you choose the song that ended up on the record?
I wanted to exploit Elf Power, what they do. There were a lot of songs that I’d already had written, where I thought, “Wow, we could do a really good job on this,” like “Bilocating Dog” and “Phil the Fiddler,” these kind of pop songs with psychedelic overtones. Other songs like “Teddy Bear,” we kind of just made up-I had this idea for a song one night, the next day we all got together and I said, “Hey everybody, I wrote this song last night.” And it turned into a kind of weird reggae thing. Scratch that. Don’t say reggae. I’m just kidding. It was a cool little groove, and I had these lyrics for it, and when I listened to it the next day to sing on it, I realized that the lyrics were stupid. Idiotic. I was like, what was I thinking, so I had to make up new lyrics.

When you write, do you often reject what you have, and fix it later?
A lot of times it’ll go though five versions, with five totally different themes. That song is the only one that had two different versions on this record. But the rest of them are first drafts, with little tweaks.

Do you typically write using stream of consciousness?
No. Never. No, my songs are pretty thought out.

I read something where someone described the record as having a “sinister vibe.”
Really? Hot damn.

You like that?
Well, I’m glad they noticed. So yeah, we think it has a sinister vibe.

Can you elaborate?
Well, we’re sinister motherf**kers. I know I am. Especially when I have, um, a gang at my back. Sometimes maybe when I’m on my own, I’m meek and sad. But with a posse, you know, I’ll cut ya ass. 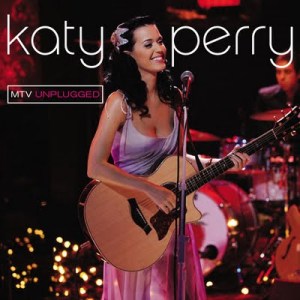 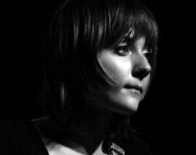