When it came time to film a music video for “Standing at the End of the World” — the first single from Have Gun, Will Travel’s fourth album, Fact, Fiction, or Folktale? — the guys set up shop at a turn-of-the-century cabin in a Florida historical preservation park. The house, with its old wooden floorboards and beat-up porch, seemed to fit their boot-stomping mix of country, folk, and roots rock. Over the course of one long day, the bandmates strummed their instruments, played cards, turned the porch into a makeshift venue and even found enough time to smash a TV with a tire iron.

“The song is a sort of commentary on the world we live in, the media sensationalism that we’re subjected to, and how we choose to process that information,” says frontman Matt Burke. “It can be overwhelming. And at times, you want to throw your hands up and say, ‘Fuck it. I’m just gonna watch it fall apart.’”

“It was a lot of fun drinking and carrying on in that kind of environment,” he adds. “I’m sure a few rules were broken that day.” 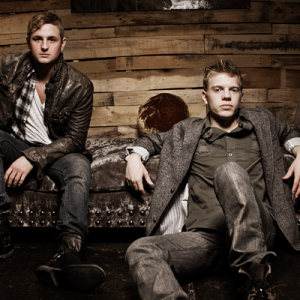