One thing everyone can agree on, 2020 has given us all plenty to think, talk and sing about. Politics, Covid, race relations and the effects of all three have often been intertwined, sometimes for the better and other times fueling even more divide.

While for some the lockdown was, what they thought would be, a welcome few week respite of extra time at home, singer / songwriter GoldFord felt the effects immediately. Early on as the pandemic settled in and the lockdowns started, GoldFord turned inside to deal with what he was feeling and what he was seeing.

The result is “Walk With Me,” a powerful song of hope and togetherness. Built upon a gospel backdrop, GoldFord’s soulful and uplifting vocals not only bring the song together, but at times they make it feel like we can likewise fill the gaps in our world.

“I am tapped into the real emotions that are only born from real life situations. I wrote this song at the beginning of quarantine. We didn’t know much about Covid at the time. The political climate was getting more and more polarizing, creating this inherent divide. It felt like a surreal time to be alive; people were crossing the street to avoid getting close to one another; we had to wipe down all of our groceries to protect ourselves. We were isolated from our loved ones, steeped in this fear-based mindset. My cowriter AG and I were talking about what we needed to hear in that moment to feel like everything was going to be ok. “Walk With Me” came right out.”

As with everything Covid has affected this year, the recording of the song was impacted as well. Recorded in Los Angeles at his co-writer’s studio, restrictions limited how many people could be in the space at one time, forcing GoldFord to alter not only how they recorded the vocals but the instrumentation as well.

“We had to be socially distanced as we laid down the vocals. Because we couldn’t bring any musicians into the space to physically record, we sent to the track off to some of our favorite musicians to further build out the track and add instrumentation.”

Unsurprisingly, the song enveloped the nation connecting with people of every race, color and creed. Notably however, in what has become a new norm, the songs main catapult was not radio or Spotify but instead a commercial for Brawny paper towels. Wanting to recognize the great impact that local heroes have through their ‘Giants initiative,’ they showcased true life stories of compassion; the owner of a diner who gave away thousands of meals, a man who built sinks for the homeless and a seven-year-old who bought groceries for over 1,500 people. All stories of compassion that GoldFord is right in line with, these moving acts of everyday heroism were set to the GoldFord’s soundtrack and the song took off. For six straight weeks “Walk With Me” was one of the five most Shazammed songs racking up more than 400,000 listens.

No stranger to his music finding homes in advertising, GoldFord’s songs have been tapped by Jeep, CocaCola and more but this time around, the message goes a little deeper.

“Compassion is everything. It bridges the gap so we can understand one another and come together as we experience hardships regardless of color, creed or political views. I hope this tune reminds people of their own emotional capacity for compassion – especially in these unusual times we are living through.” 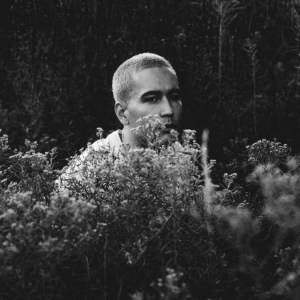 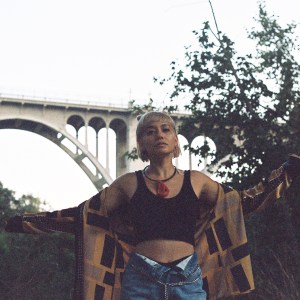