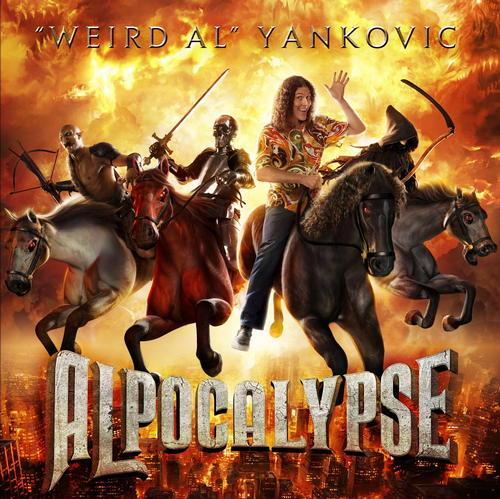 Weird Al’s first new album since 2006 was ushered in on a cloud (well, a very vaporous, bloggy cloud) of hubbub surrounding its lead single, “Perform This Way,” a spoof of Lady Gaga’s ubiquitous “Born This Way.” Apparently, Lady G.’s management put the kibosh on the single without consulting their client, causing some rolled eyes and indignation among Al’s loyal fans, who have come to expect good-humored endorsements from the subjects he lampoons. But when the entrails-wearing singer heard the track for herself, she personally gave it the thumbs-up.

It’s one of five good-enough parodies here, along with mild skewerings of Taylor Swift, Bruno Mars, T.I., and Miley Cyrus. The fast and furious (and pretty impressive) “Polka Face,” is one long accordion-fueled cover medley of no less than 15 Top 40 songs of recent vintage.

The original songs here are, perhaps surprisingly, stronger than the parodies, and Yankovich shines brightest when he is just being funny without a direct target. For example, “Skipper Dan” is a poignant number about a failed actor that recalls early They Might Be Giants; its lyrics aim less for jocular humor than something close to pathos. Similarly, “CNR” is a hilarious White Stripes send-up recounting the legend of Charles Nelson Reilly. But the humor is not in the musical pastiche so much as the inspired lyrics. The hyperbolic list of achievements attributed to the TV star (“…He ate his own weight in coal, and excreted diamonds every day…trained a rattlesnake to do his laundry…”) matched with dead-serious blues-metal riffing creates a masterpiece of goofy surrealism.

“Craigslist” (which apes the Doors), “Ringtone,” and “Stop Forwarding That Crap to Me” probably would have been more topical five or ten years ago, but still elicit a chuckle. The latter features a soaring piano-ballad musical bed that makes the lyrics even funnier by contrast.

There is something reassuring about the continued presence of Weird Al in the pop music world. Long may he mock. 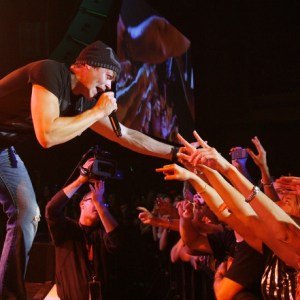