Just like anything, timing is everything, and no one knows that better than country powerhouse Priscilla Block.

Block made the move to Nashville right after high school to pursue her career in music, and she just knew this was what she was meant to do. In fact, the singer/songwriter has been writing songs since she was 15 years old, and upon arriving in Music City, a chance encounter with Taylor Swift confirmed for Block that she was on the right track.

Still a newcomer on the block, though, it took a few performances and a few writing sessions for the artist to truly step into her sound. “I don’t necessarily know if I found my voice until the moment when I wrote ‘Thick Thighs,’” Block tells American Songwriter.

“I remember feeling like I had to sing higher to like sound like Carrie Underwood, and I don’t really have like a super high voice. I remember I would sing songs and people would be like, ‘You sound just like Taylor Swift.’ [But then,] I remember somebody telling me, ‘We don’t want something that’s already out there. It’s already out there for a reason.’ And when I wrote ‘Thick Thighs,’ I think it felt like I said something that nobody had said before. And I felt like it was truly, authentically me. And people loved it.”

“Thick Thighs” is Block’s musical style to a T—it’s witty and bold and heartwarmingly empowering.

Lyrics like, I’ve been eatin’ carbs since ’95 / And I heard thick thighs save lives / God bless the Kardashians for bringing curves back / And all the sexy one-pieces hangin’ on the racks, built the foundation of “Thick Thighs” and consequently, Block’s rise to fame.

Block shared her songs like “Thick Thighs” on TikTok, and her songs quickly went viral. Her breakup anthem, “Just About Over You,” soon added to the singer’s virality. With these successes in hand, Block decided to unleash the full sound of Priscilla Block, and welcome her fans to the Block Party.

Welcome To The Block Party is Block’s first full-length album which officially dropped on February 11. As Block likes to describe it, the record is “sassy, trashy, and sad,” and we simply can’t get enough of it.

The record includes her viral hits, and it also includes several songs that fans haven’t heard yet. This release is a “huge moment” for Block, and she’s been writing and refining these twelve tracks for the past five years. “This album’s been ready for a while, and I am just such a believer in the right timing,” Block says. “I just wanted it to feel right, and it does.”

When going back over those five years of creating Welcome To The Block Party, Block remembers it fondly. She reveals that a majority of the record was created “in a tiny basement” with three of her guy friends, and they just had fun. Block also says that she felt that she took every opportunity to make this record sound exactly how she wanted it to sound.

“There was a really cool moment when we were recording ‘Like A Boy,’” Block explains, “and we had been in the studio all day long. We’re all exhausted, we’re getting ready to leave and something in my heart just felt like that song did not feel right. It didn’t sound right. And we’re about to leave, and I just had this moment where I was like, ‘Guys, stop. We need to go back in. This song is made to be on the piano.’”

And it was. “Like A Boy” is charged with emotion from the moment you first hear the piano intro Block’s assured vocals. Her confident storytelling is captivating and sounds all too familiar as she sings about a relationship that fell apart.

Other songs on the record, like “My Bar,” “Heels In Hand,” and “Peaked In High School” are equally as mesmerizing, and showcase Block’s impressive range–both vocally and lyrically.

All in all, though, Block says that she will always write songs about where she is at in life. Whether that means she’s writing a song about a breakup or being a curvy woman or throwing a Block Party, it’s all authentically Priscilla Block. And she sounds phenomenal.

Listen to Welcome To The Block Party here. 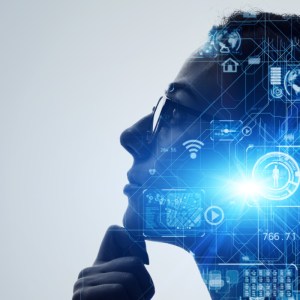