The Beatles were great because all four of the band members were strong songwriters and the band is considered one of the greatest of all-time. Paul McCartney and John Lennon were the primary writers, but as time went on, George Harrison became a strong writer himself with songs like “Here Comes the Sun” and “Something.” Even Ringo Starr, the band’s drummer had a few songwriting credits as well like “Octopus’ Garden.” With the recently released 50th Anniversary edition of Abbey Road, let’s take a look at some helpful songwriting tips inspired by the fab four.

If you have a melody in your head but you’re not sure of the lyrics yet, you can always use gibberish. Paul McCartney has often said that when he was writing what would be known as “Yesterday,” the song was originally called “Scrambled Eggs” because the original lyrics were filled with breakfast rhymes.

Sometimes you may not have lyrics but you may have a melody. And if you’re struggling with finding filler lyrics, you can always hum the melody into a recording. Thanks to smartphones, you can record your little soundbites and save them for later. Yes, The Beatles did not have access to modern technology in the 1960’s but you better believe they were recording themselves every chance they got. Whether it was on a small cassette recorder or something else, recording ideas is invaluable to the songwriting process!

And if you have lyrics, you better write them down in a notebook the moment they spring into your head. McCartney once had a dream about his mother and when he woke up he eventually began writing what would become “Let it Be.”

If you’re in a band, it makes a lot of sense to write songs together. Lennon and McCartney co-wrote the majority of the songs for The Beatles. This meant that one person would start the songwriting process and take what they had to the other person. Then the other person would contribute a lyric or two, or help re-shape the composition with new ideas. Songwriting can be a collaborative process and if you’re open and trusting of your bandmates, this could be a no-brainer and a lot of fun.

Yes, The Beatles eventually broke up due to a ton of differences and arguments but their success is also due to a ton of synergy. You can’t write with others if you can’t take criticism. It’s so important not just in songwriting, but in general life to be able to handle feedback and constructive criticism. If you have a song, and you’re still working it out with a few simple chord progressions, it’s most likely not quite finished yet. But there will come a time when you’ll eventually have to demo that song to someone and most of the time, you’re going to hear some feedback. Lennon and McCartney often took their unfinished songs to each other and opened themselves for creative feedback. Don’t take the initial reactions to heart, and take it as an opportunity to improve the song, and to improve your craft. And the best part is you don’t even have to use the feedback you receive. As the writer, you ultimately get to decide what you want to do.

Billy is a writer for Guitartricks.com and 30Daysinger.com 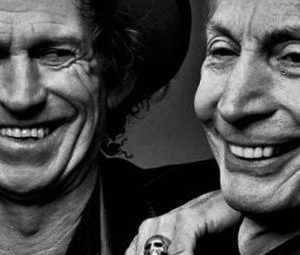 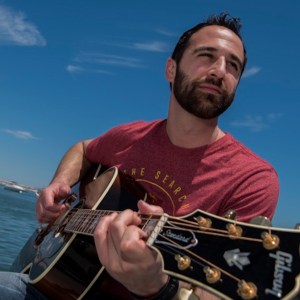