The heartbeat of the Stones is no longer

A world without Charlie Watts. It just can’t be the same. He was the heartbeat of the Stones.

It’s a sad day for rock & roll. I spoke to two songwriters to whom I often turn for some words at a time like this. Both of them were literally in tears, and were not ready to eulogize. One said, “To me, it’s worse than any assassination.”

The other said, “Sad day. I loved him as a personality and a musician. I don’t have anything else to say now.

Of all The Stones, he seemed the most solidly grounded. After all, in their show, all the other Stones were standing except Charlie. He was the steady heartbeat. The foundation stone of the Stones. Even while playing with the band, which he did for 59 years, he’d radiate a kind of bemused, zen calm. His role onstage was more akin to being a train engineer than a performer. He had Mick Jagger, after all, along with Keith and Ronny to be the rock stars. His job was to keep this giant locomotive on track.

He was the perfect drummer for this band in every way. Through the years Keith has said that Charlie was their terra firma. His presence was like a force of gravity with the Stones, without which the others would be unmoored, and flung like space junk into the cosmos. He kept the Stones earthbound best as he could, laying down the monumental greatest rock band in the world grooves, but always with the delicate finesse of a jazzman. Sometimes he’d turn the groove around – or inside out – but so smoothly it felt good, and wasn’t obvious.

For years, anytime anyone would ask Keith Richards what sustains the Stones, he would say it was Charlie. Keith never wandered far from his statement that Charlie Watts is the Rolling Stones. It was Charlie’s buoyant swing-inflected grooves that Keith leaned on always, and often bounced off of. Keith delighted in the secret jazz his drummer would mix into the brew.

But it was the man inside that musician who mattered most to Keith, because he was always the reliable calm in the hurricane’s eye, the one who never put pretense, show-biz or anything else before the truth. Because of this, he could be Keith’s barometer of reality; the one guy he could trust to never be false. And not being false was the essence of Charlie Watts.

In many ways, he was the inverse of Mick, focused as a front-man must be on the show, and the impression made. Mick was a gifted politician for the Stones, glad-handing and charming the masses. But when it came to taking care of the band, Charlie was the man. What mattered most to him was the music, not the show. Never would he be phony even slightly: he would never smile if he didn’t feel like smiling. Ever. For Keith, Charlie’s unshakable valor spoke of an old-world gallantry, and remained one of the few constants he could trust through the decades. He knew Charlie would always tell him the truth.

It’s been 52 years since the death of Brian Jones, the first Stones to depart. He never got old, while all the others did. Yet, as the world knows, they never stopped rocking. They replaced Brian with the great Mick Taylor, who was the first to leave the Stones without dying. Ronny Wood replaced him and has been a Stone ever since.

Charlie eased into advanced age with the same elegance he brought to drumming. While the other Stones gradually morphed into their older, timeworn, battered but still rocking selves, Charlie seemed to become more essentially himself, more regal. He cut his long hair off long ago, and as it turned white his innate nobility shone. Back on drums there, he looked much more like a Duke or an Earl than an old hippie.

In 2014, Charlie spoke to Australian TV about joining this band, and how he felt it would be another short-term gig.

“When I was asked to turn up the road to rehearse,” he said, “the Rolling Stones were just another band to me — and it was going to last as long as the others, three months or a year.”

Asked to speak of his fellow Stones and then himself, Charlie’s answer is essential, like the man.

“Mick Jagger,” he said, “apart from being a really good lyricist, is the best frontman in the world.”

Keith Richards “is the best rhythm guitar player, he’s a one off.”

Ronnie Wood “can do, and play, anything.”

And what of Charlie Watts?

He laughed then, and added, “Sitting in the back, moaning about things.” 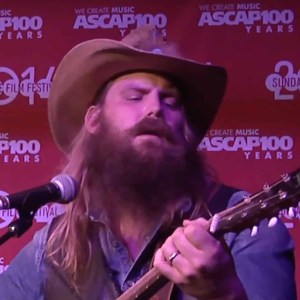