In 2019, Hollis Brown frontman Mike Montali and Don DiLego, who befriended each other on the road years earlier, found themselves backstage at a New York City club, talking, drinking, and trying to conjure up some kind of project to work on together. DiLego had been tossing around the idea of forming a band with four singer-songwriters, themselves included, who could each bring their own element—and songs—to the table. This ensemble could work, but it needed a name.

“The waitress came by and somebody asked her, ‘if you wanted to name a band, what would you name the band,’ and she goes ‘Fantastic Cat,’” says Montali. “We said, ‘that’s it.’ We made a pledge. We’re gonna ask this waitress, and whatever she says we’re gonna do no matter what, and she said Fantastic Cat.”

Made up of DiLego and Montali, along with Anthony D’Amato and Brian Dunne, Fantastic Cat played their debut show together during a livestream on March 28. Reconvened at DiLegos’ Velvet Elk Studios in Pocono Lake, New York—D’Amato joining remotely from Colorado, where he’s been quarantined since 2020—the band premiered five tracks from their debut, out later this year.

Each taking a turn at the mic, their respective song in tow, Dunne’s harmony swapping heartbreaker, “Fiona,” was the exception. Written at least five years earlier by New York-born folk artist, who released his third album Selling Things in 2020, “Fiona” went through several iterations, always around the refrain of I’m gonna miss you until I’m with you again, but could never come together for Dunne. “I was resisting it being a love song, but that’s what it wanted to be,” shares Dunne. “Once I embraced it, it just sort of flowed perfectly, with the verses sort of waxing philosophical on existential struggle, and the refrain sort of anchoring it down in a pretty simple way.”

Laying down a rough demo of the track a week later, Dunne brought it to the studio during and earlier Fantastic Cat session NYC, and made it whole. “I played it for the guys, thinking four verses, four people,” says Dunne, “maybe it would work.”

Initially recorded during an earlier Fantastic Cat session at Atomic Sound in New York City, “Fiona” was one of two tracks the band recorded—the other being DiLego’s next solo single.

“Brian really nailed the band feeling that we all wanted for this group, and egolessly suggested we all take a verse of the song,’” says DiLego. “Those sort of things are not easy to pull off and can derail pretty easily, but everyone managed to find their moment within the song, and it really speaks to the strengths of this group.”

Originally written in 2018, D’Amato’s “C’mon Armageddon,” was penned in the midst of the heated presidential campaign in the U.S. “There was what felt like a constant stream of terrible news coming out every day about all the awful things humans were doing to each other and planet,” says D’Amato, a song written pre-COVID that took on new meaning as the pandemic turned everything upside down. If you watch enough cable news, at a certain point, you find yourself rooting for another meteor to pay us a visit.”

For D’Amato, whose most recent release Cold Snap, features Conor Oberst and members of Cursive and The Faint, Fantastic Cat was a whole new dynamic. Generally coming from a solo mindset with songs he can take on the road—just himself and an acoustic guitar and a harmonica—for  Fantastic Cat D’Amato chose to write songs specifically for the project.

“Fantastic Cat was a chance for me to write without worrying about any of those restrictions for a change,” shares D’Amato. “It sort of felt like someone handing you the keys to car after years of getting everywhere by bike. Suddenly you have the ability to reach all these new places that weren’t super practical before.”

D’Amato adds, “I was just so into the idea of writing for a band that I wanted to take full advantage of it and create songs with room for everybody to shine and do their thing.

Moving into DiLego’s retrospective tale of “Ain’t This the Strangest Town,” a song that came fairly quickly for the MA-born singer, songwriter, and producer and longtime collaborator of Jesse Malin, who has worked with a variety of artists (including Montali’s Hollis Brown) and released his fourth album, Magnificent Ram A, in 2016.

“[It’s] just one of those tunes that you’re lucky enough to be available for when they happen,” says DiLego says of the track. “It’s definitely not ‘Bohemian Rhapsody,’ but I just wanted to capture that vibe of having an instant and lasting connection with a stranger that can happen in New York City. Sometimes those relationships can be very very short, but keep a longer lasting impression on you.”

Recorded at Velvet Elk during a very “Traveling Wilburys-style session” in 2019 through early 2020, the entire album was tracked within five days. “From the onset, we had all decided not to labor too much over all the songs, and just trust each other that what we did in the moment would likely be the best choice for the music,” shares DiLego. “For me, it was a much-appreciated breather from some of the laboring I do over my own releases. We did a lot of musical chairs as far as who played what on a given song. I got to prove how truly unqualified I am on a drum kit.”

Breaking in a second Fantastic Cat song penned by Dunne, “Nobody’s Comin’ To Get You,” is another city-soaked reflection exploring the ebb and flow of relationships. “I’ve always been slightly obsessed with people’s first year in the city, if they’re in their early 20s,” shares Dunne. “If I meet a person who just moved here, I’ll corner them and talk to them for way too long, and I think it’s because in that first year, if you’re coming from college, or the town you grew up in, you’re being disillusioned at an alarming rate. You’re finding out how much cereal costs at Duane Reade, and it’s traumatic.” Interspersed with black and white imagery from Colorado and the Pocono Mountains, the livestream closed on Montali’s Americana-fueled “Wild and Free,” a song he says taps into American heartland.

“I’ve been to a hundred of these towns where it just doesn’t feel like it’s working out for the people who live there,” says Montali.

Bringing together the four songwriters of Fantastic Cat, there wasn’t a significant shift each of from their respective bands and projects. For Dunne, it was a matter of using songs that never made sense around his solo material but found a home with Fantastic Cat, while Montali wanted to revisit more stripped down songs “from the heart,” some initially written years ago. “Sometimes it takes awhile for a song to find a home,” says Montali. “They still feel new, though, because it is the first time really recording and playing them.”

D’Amato adds, “Everyone brings their songwriting chops to the table, of course, and I think that’s the foundation of this entire project. We’re all fans of each other’s writing, but on top of that, Don’s a great engineer and producer, Brian’s a killer guitar player, Mike’s a phenomenal singer—and I bring snacks.”

That’s what it’s about. Fantastic Cat was always envisioned as a good time… with no expectations.

“The veil of personal artistic pressure was lifted a bit from each of our own individual projects,” says DiLego. “We wanted this to be fun and with no pressure or expectations—basically, a hand with some fellow songwriters to see what could come from it, and everyone came loaded with some great material, so it honestly felt pretty effortless.” 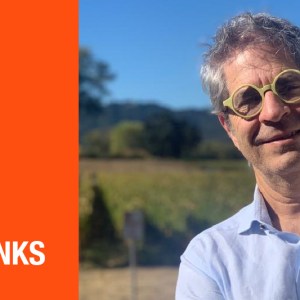 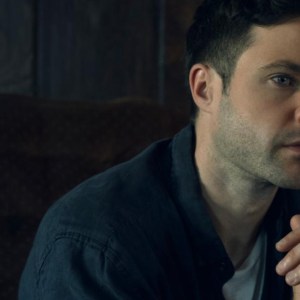