Dallas Davidson is one of the most notorious songwriters in the history of music. Over the span of his distinguished career, this cross genre, award-winning, multi-platinum-selling songwriter has had over 300+ of his songs made famous by some of popular music’s biggest names — with a staggering 25 #1 singles to his credit and over 30 top 10 songs. Dallas Davidson is one of music’s most in-demand songwriters with his chart-topping compositions recorded by superstar artists Luke Bryan, Keith Urban, Blake Shelton, Randy Houser, Lady GaGa, Tpain, FloRida, Lady Antebellum, Justin Moore, Trace Adkins, Lee Brice, Jason Aldean, Darius Rucker, Florida Georgia Line, Tim McGraw and many more. Davidson has had a massive influence on modern country music with his style of songs like; Country Girl Shake It For Me, That’s My Kind of Night, Play it Again, I Don’t Want This Night To End, Hunting Fishing Lovin’ Every Day, and many others (performed by Luke Bryan). Also songs such as Boys Round Here and It’s All About Tonight (Blake Shelton), Just a Kiss and We Owned the Night (Lady Antebellum), Running Out of Moonlight (Randy Houser), I Don’t Dance (Lee Brice), If Heaven Wasn’t So Far Away (Justin Moore), and Gimme That Girl (Joe Nichols) totaling well over a billion radio impressions over the last two decades.

Want to write a song with Dallas? Enter Our Lyric Contest

These songs are the soundtrack of a generation of country music fans across the U.S. selling close to 100 million albums. Davidson’s songs have not only launched artists Luke Bryan, Blake Shelton, and others into superstardom but are impacting a genre of music like no other songwriter has done before. Davidson is the founder and CEO of Play It Again Music. He also serves as chairman of the Georgia Music Foundation a not for profit corporation seeking to foster an appreciation for the state’s rich music heritage by supporting programs of music preservation, education, and outreach.

• Won the CMA Triple Play award a total of six times (the award is presented to a songwriter who penned three No. 1 singles in a 12 month period) 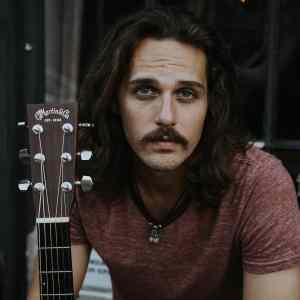