For this shortened week’s blog, we look at one record. 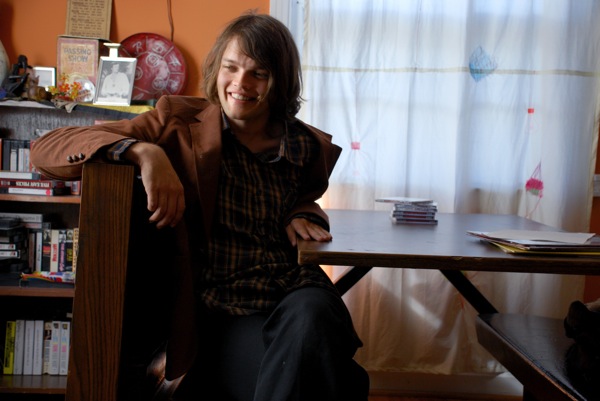 It’s hard to glean a lot off the internet about the man who, in Nashville, they call Willy T. (Good luck finding his MySpace page, though if you want a hint, try “historyismystery”.) But despite the set of common names, William Tyler is anything but ordinary, and he’s well-connected in music circles, having supported Lambchop, Silver Jews, and Bonnie ‘Prince’ Billie through the years. He’ll also be opening for Yo La Tengo for two weeks in January and February, which promises to be a superb bill.

Tyler might actually be better recognized for his own music across the pond. There are plenty of videos of him playing as far afield as Frankfurt and Prague. (In a similarly-telling development, his cohort Kurt Wagner’s fine new project with Cortney Tidwell, KORT, has only been slated for UK release – Invariable Heartache, City Slang, February 9.)

But Tyler was able to pick up a U.S. label for Behold The Spirit (Tompkins Square, November 23), as well as an advance stream on NPR, both of which go to show that the music speaks for itself. It’s a heady mix of guitar and recording virtuosity – equal parts John Fahey and Steve Reich. There’s also a Jimmy Page sorcery that attends to the overall enterprise.

It’d be easy to lump Tyler’s compositions in with the pastoral psychedelic folk of Vetiver and Devendra Banhart, though those comparisons are already getting old. Tyler seems more in line with the styles of English ’60s folkies like Bert Jansch or Davey Graham, though he’s also heavily informed by tape looping and effects. He’s probably also a lot closer to the American source of country-blues than his English forebears. Guys like Mississippi John Hurt, Reverend Gary Davis, and Fred McDowell seem to loom especially large in Tyler’s work.

So, what happens on Behold The Spirit that is so magical? For starters, you’ll be checking your back and looking around and out the window for the voices you hear buried on album opener “Terrace Of The Leopard King.” Repeated listens reveal that halfway through the eight-minute track, Tyler starts playing tricks, inserting a barely audible conversation beneath the echoing acoustic dirge. But it doesn’t feel contrived at all, and the whole album exists within this same strange, spiritual place. That track in particular has a Jimmy Page DADGAG/”White Summer” ambiance, and when you start channeling those spirits, you’re opening up all sorts of black magic.

On “Missionary Ridge,” Tyler is more in a classic Fahey vein, inhabiting that blissful major key land in between Celtic and American folk melody. Things get more experimental on “To The Finland Station,” which guarantees that Tyler won’t be relegated to the folk purist bins. A droning, Indian-sounding string instrument sample plays on repeat, as tape hiss and feedback slowly grow louder in the background. By the end of the track, it sounds like distant Gregorian chants in a vacuum compressor.

What’s ultimately so nice about Behold The Spirit is that it won’t be pigeonholed. It will be somewhat confounding for critics to place: guitar virtuosity, folk purism, compositional minimalism, support act for indie gods Yo La Tengo. What is this thing? It’s nice to see something able to be so much at once. And yet, all it’s own. 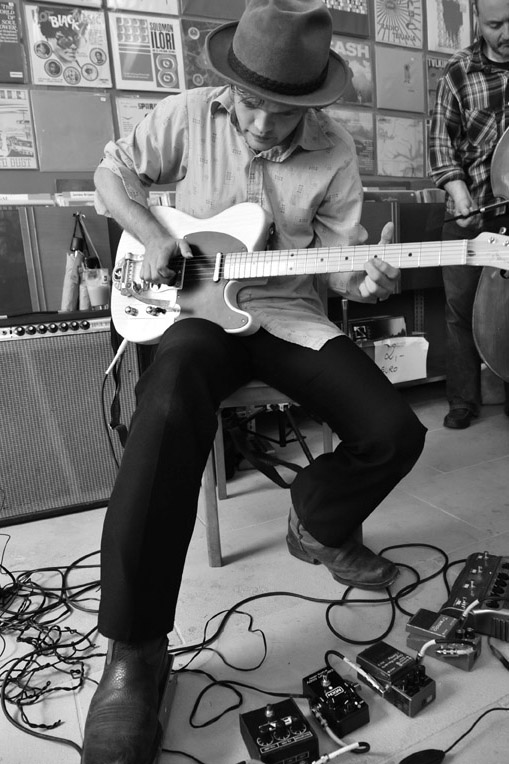 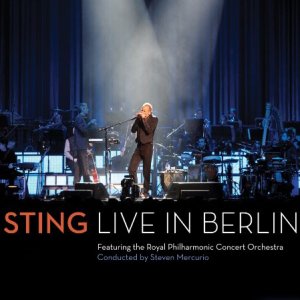 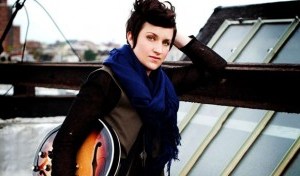