When you’re a young band, you experience a lot of firsts. You play your first show. You record your first demo. After you build up some experience and a little bit of courage, you go on your first tour. And somewhere in between, you release your first official studio recording.

In context, London-based band Wolf Alice isn’t that new of band – they formed in 2010, and already have two impressive EP releases on their résumé: 2013’s Blush and 2014’s Creature Songs. Yet the U.K. foursome is about to experience that most sacred rite of passage – the release of their debut album, My Love Is Cool, out in June via RCA Records. For most bands, it’s an event as exciting as it is stressful, and it’s one that Wolf Alice has been building up to for the past half-decade. Some of the songs on it were written long enough ago that they’re actually no longer all that new to the band.

Yet some of the songs on My Love Is Cool are sparkling and new – so much so that the band hasn’t yet worked out the live arrangements.

Driven by heavy layers of guitar and radio-ready choruses, My Love Is Cool arrives fully formed, blending a scrappy immediacy with a professional sheen, aided by producer of note Mike Crossey (Arctic Monkeys, Foals). Rowsell, drummer Joel Amey, guitarist Joff Oddie and bassist Theo Ellis nod to shoegaze and dream-pop titans such as My Bloody Valentine and Cocteau Twins on “Turn To Dust” and “Bros,” while packing a Smashing Pumpkins-sized crunch on noisier numbers like the beefy “Moaning Lisa Smile.”

The melodies are front and center on the LP; debut albums rarely sound so confident and cool. Just a little deeper into the mix, however, there are various fascinating details to be discovered. The group allows more space into the trip-hop-like “Freazy,” while the lightly psychedelic and playful “Silk” finds Rowsell engaged in her own one-woman call and response, answering “Whose fault is that if it wasn’t mom and dad?” with the whispered “It must be yours.”

The luxury of being able to spend six months in the studio allowed the band to spend more time woodshedding the material and getting everything perfect, which Rowsell says is an entirely new luxury to the band

“Previous to the album, the nuances and stuff – if you didn’t have them in your head, you didn’t have time to think about them,” she says. “I still think we didn’t have enough time. Our artistic vision can only go so far, and you still have to work for a time with it. If you’re like, ‘Oh I’m not sure if this is right,’ then we had enough time to say, ‘If you’re not sure, don’t do it.’ We definitely have enough experience now to know that, if it doesn’t feel like it’s right, then you should try something else.”

This brings us to another notable first for Wolf Alice: the first realization that some of their old songs didn’t exactly come out the way they had intended. Considering the band formed when its members were teenagers, that’s not terribly shocking. After all, who doesn’t cringe a little when looking back at photos of ourselves in high school? But while it does mean that some of their early songs have been jettisoned from their setlists, Rowsell shrugs it off as part of the necessary learning experience of finding your feet as a band.

“Our first EP that we released, half of it we kind of stopped playing very soon after we had released it, just because when we were starting off as a band … we didn’t really know much about anything,” she says. “We were new to our instruments and new to the process, just experimenting, and we just put it out straight away. Some of those songs … we should have kept that behind, and either rework it or drop it. I don’t regret it or anything, but sometimes it’s like, ‘That should have been a b-side.’” –

With the release of My Love Is Cool just over the horizon, Wolf Alice cross over into the satisfying if intimidating realm of finally having that first document of your early years as a band. It’s a high-pressure situation to be in, but an enviable one. And while Rowsell acknowledges her own apprehension as the band embarks on the next stage of their journey, she’s just as eager to embrace the thrill.

“It was quite scary, I guess, knowing that this was it, and that we were finally doing an album,” she continues. “Being in a professional studio environment makes it feel like, oh, you’ve got one shot at this. You don’t, but that’s what it does feel like. When you’re doing it in your bedroom, you can do it for however long you feel like.

“But it’s really exciting – you feel like the band that you imagined when you were a kid.” 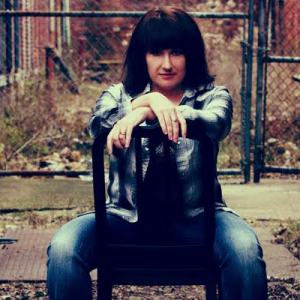 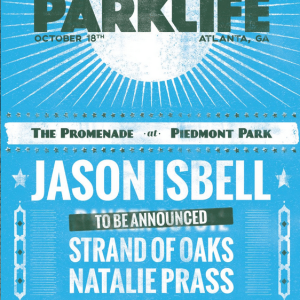