HOMETOWN: Red Boiling Springs, TennesseeCURRENT LOCATION: Westmoreland, TennesseeAMBITIONS: To keep writing and recording music, collaborating with musicians I admire, and sharing my music with the world. Maybe eventually having my music-related income break even with music-related expenses!TURN-OFFS: Willful ignorance.
TURN-ONS: Guitars! DREAM GIG: If I could assemble a dream band, it would look a lot like the line-up on my album: Ken Stringfellow (The Posies, Big Star) on bass, Ira Elliot (Nada Surf) on drums. I can’t even decide on a lead guitarist, too many great ones to choose from. We all live in different parts of the world, so this could be a bit of a challenge…. Also, while I’m dreaming, we’d be playing at some insane festival with all my other favorite bands. Or, I could just open for Matthew Sweet, but then I’d have to retire from music afterwards because it’d all be downhill from there. FAVORITE LYRIC: “How does it feel when they have turned out the lights? Cause you know they sooner would get rid of you than fight.” (“Smog Moon” – Matthew Sweet) OR “I always think that chance will nod at me, turn a blind eye, waive the fee.” (“Maxon” – Minor Alps)SONG I WISH I WROTE: “I Better Be Quiet Now” by Elliott Smith…I’ve played it so much over the years, it almost feels like my own song. 5 PEOPLE I’D MOST LIKE TO HAVE DINNER WITH: I’d take any five people from the bands/artists I’ve named in this questionnaire. In the effort to be more well-rounded, I’ll add in Noel Fielding, because what dinner experience wouldn’t be improved with surreal British comedy? MY FAVORITE CONCERT EXPERIENCE: Every concert experience I’ve had has been special in some way. In May 2000, Elliott Smith played at 328 Performance Hall in Nashville, and the power went out. So he played part of the show acoustically in the dark, lit only by candles and flashlights. It was beautiful, and it was also the only time I ever got to see him play live. Also, last summer, I drove 1,000 miles round trip to see The Posies in Raleigh, NC, and it was amazing. I WROTE THIS SONG BECAUSE…I’ve struggled a lot with the feeling that I might have missed the window of opportunity in my life to do something with my music. I spent nearly all of my 20’s constantly working at my day job and got sort of locked into that way of life. “Total Loss” is about someone finally realizing what they really want but fearing that it may already be too late. At the time I wrote the song, I wasn’t even sure if I’d be able to follow through with recording an album, but fortunately it happened. Now I’m here, answering this questionnaire. I had recorded an early version of this song at home as an acoustic demo before going into the studio. Then in pre-production Ken had some great ideas for revisions to the chord progression. Plus, he added the key change near the end and came up with lots of interesting vocal parts. Not to mention, he also played almost all the instruments on this one! I’ll always be grateful for how he developed the overall sound of this song and the album as a whole. 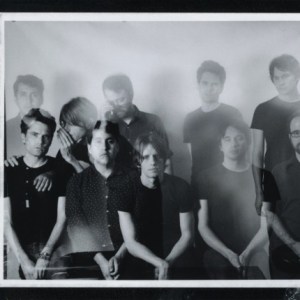 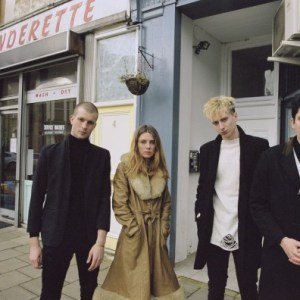