Raye Zaragoza knows what it’s like to be a part of a community that exists outside of the American mainstream. Her father is an indigenous individual, and her mother is of Japanese descent. Zaragoza herself was raised in the confines of a New York City studio apartment. In a very real sense then, her upbringing brought her a connection to others who have found themselves ostracized, discriminated against and tethered to the outskirts of modern society. Even so, her ability to combine insight, outreach and intelligence has brought her consistent praise from pundits and the public as well.

It’s not surprising then that her new album, Woman in Color, was inspired by the current crusade to bring justice and equality to all those who have been marginalized, maligned and generally shunned at so many different levels. It’s a subject she returns to consistently throughout the album, especially as spotlighted by songs such as “They Say,” “Fight Like a Girl” and “Warrior,” each an essential anthem that’s assured yet sublime, while flush with both passion and purpose. Yet, to her credit, these melodies mostly remain subdued and seductive, each imbued with a hypnotic aura that engages the listener without denying the messaging or meanings. Indeed, two tracks in particular, “Ghosts of Houston Street” and “Change Your Name,” coo and caress while leaving lingering impressions.

“My upbringing and ethnic identity have always been a driving force for me to be a storyteller,” Zaragoza insists. “Women of color are so often left out of the American narrative, and I want to change that with my music. This record particularly is about the importance of telling the stories that are so often looked over — missing and murdered indigenous women, representation in media, gentrification, immigration, and such. I am hoping that my new record will highlight the importance of telling diverse stories!”

Zaragoza, who cites such early influences as Harry Chapin, Jewel, Selena, and Avril Lavigne, says she arrived at the decision to make music in a more or less roundabout manner. “I worked in the service industry as a waitress, bartender and hostess,” she recalls. “It was all about making your audience — in this case, the table— happy and then making tips as a result. I realized during that time that I could do the same thing as a musician, just by standing in a different area of the room and having a guitar in my hands. From there, I played at restaurants, wineries, breweries, and farmers markets five to six days a week. That was my first realization that if I worked hard, I could make as much as I was making at a restaurant waiting tables by playing music for them instead. I don’t play restaurant gigs anymore, but it was an amazing bridge that brought me to where I am now.”

Produced by Tucker Martine, the Grammy-nominated musician who’s been found behind the boards for such artists as The Decemberists, R.E.M., My Morning Jacket, Neko Case, Modest Mouse, and the Jayhawks among others, the new album typifies Zaragoza’s determined stance, digging deep into her cerebral pastiche while continuing to maintain the allure and embrace of an inherent folk finesse. Yet, at the heart of her music, she still manages to stay true to both her music and her mantra.

“I feel that my earlier releases were stepping stones to Woman In Color,” she reflects. With [previous album] Fight For You, I was still trying to figure out who I am and how I want to tell my story. It was a real finding my voice record. Woman In Color feels like a continuation of that record but also an exhale of everything I was trying to figure out during the years I wrote Fight For You. I started my own record label Rebel River Records on Patreon to make this album happen, and I am so grateful to everyone who’s supported this record and has joined me for this indie but mighty release.”

Ultimately, Zaragoza’ commitment to cause is obvious, and that’s the message that resonates through every single song the new album has to offer. The theme is one of unity and support for common cause among all those groups that are fighting to be heard in an American malaise.

“I think every movement fighting for justice and equality helps each other,” she reflects. “The Black Lives Matter movement helps the Indigenous Rights Movement and so forth. We are all fighting to be heard and seen, and victory for one of us is a victory for all of us. I absolutely feel that we are all a part of a greater community demanding justice.” 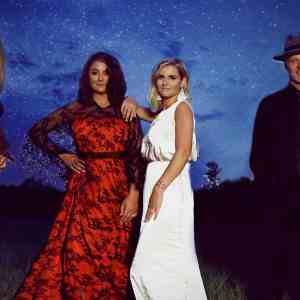 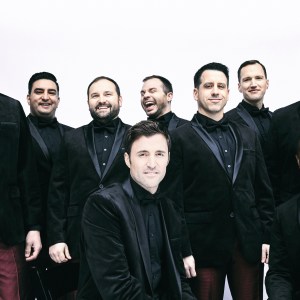