What do you do when your life begins to collapse around you and you can’t imagine a path forward?

That was the question faced by Zech Walters of the Australian trio, Woodlock, after the collapse of his marriage, a spiral into depression and, ultimately, an incident in which he crashed his car into a tree, just looking for some kind of escape. During these trying times, he nearly lost the fight to hold onto hope, but then, his band stepped in. Taking a step back from touring, his bandmates—Bowen Purcell and Eze Walters (Zech’s brother)—took-in Zech, gave him space to grieve and heal and began to work up the bones for a new batch of songs.

The end result? Woodlock’s triumphant return: The Future Of An End, an intimate, hard-hitting and stunningly honest look at what happens when your life begins to fall apart. On January 13, the band released the record’s second single, “Feel It Coming,” which explores the anger Zech felt in the throes of his struggles.

“I had just gone through a break-up and I had all this frustration and confusion bubbling inside me,” Zech told American Songwriter. “But I didn’t want to bend to the emotional turmoil of it all. I tried to rise above the circumstances and handle them with honor. But another side of me wanted to give-in to the raw emotional pain. So, I had this inner battle in me — one half knowing things would get better and the other mourning the breakdown.”

Yet, out of Zech’s cognitive dissonance arose a newfound sense of hope. “For me, this song has a sense of coming face-to-face with the worst part of me and growing past it,” he said. “It’s triumphant and strengthening for me. So, I suppose I’d want people to feel powerful and find joy in the bad times and the good with this song.”

Along with the single, Woodlock released a corresponding music video which is almost like a visual representation of the joy Zech was able to find. Between the song’s soaring, cathartic choruses, the layers of interlocked melodies and Zech’s double-tracked vocals, “Feel It Coming” reaches anthemic heights. Listen to it with headphones on—you’ll hear why the music video’s protagonist can’t help but dance.

Watch the music video for “Feel It Coming” by Woodlock below: 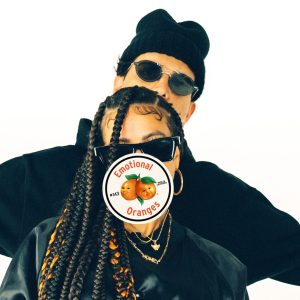