A compendium of poems, drawings, stories & songs by Woody Guthrie, Part One.

“I ain’t a writer. I want that understood. I’m just a little one-cylinder guitar picker.”

Welcome to Seeds of Man, an ever-expanding compendium of Woody Guthrie’s poems, writings, drawings, and songs. This is the first installation, featuring two songs, several poems and more.

The title is from his book, Seeds of Man, a sprawling, epic poem of a novel that he started writing in 1947. It was among the thousands of pages – an estimated 750,000 words – of Woody’s writing that was unpublished when he died in 1967.

There were thousands of songs, of course. Around 10,000, it’s been estimated, though maybe many more. Those are the ones which he recorded and others did, and also the thousands that he wrote but didn’t record, which remained only as lyrics. There were also the poems, short stories, long stories, memoirs, novels and even erotica. Thanks to his wife Marjorie Guthrie, this was all preserved in archives she created.

And she was generous in allowing writers and lovers of Woody like myself peruse these archives, which was astounding, although I needed about ten years to read it all. But never to be forgotten are the series of spiral notebooks she showed me, all of which were filled with Woody’s writing and drawings in ink. He’d create these on subways rides between Manhattan and their home on Mermaid Avenue in Coney Island.

They were written for Marjorie, his muse, with beautifully romantic poems, lots of funny drawings, and expansive erotica. Not vague, general erotica, it was very specific about the two of them. It made her blush, she said, to show these to people, yet it was so essentially Woody she had to share it. How to Woody that long ride was an invitation to make art. Art that poured out of his heart in a a dizzying torrent of inspired whimsy, romance and desire.

Woody wrote about ten thousand songs, it’s been estimated, in his short life. And he also did
a vast amount of other writing. He wrote his first memoir Bound for Glory in 1942, which Marjorie helped edit. Published in 1943, it was a book that Bob Dylan loved, as he wrote in his own memoir, Chronicles. “I went through it cover to cover,” he wrote, “like a hurricane totally focused on every word, and the book sang out to me like the radio.”

Seeds of Man was a monumentally long manuscript he wrote – and then wrote more and more – about a 1931 drive in a compromised Model T from Pampa, Texas in search of a silver mine. The book was published in 1976, eleven years after he died. He called it a book of experiences both lived and dreamed, which is a great way to duck that whole memoirs-must-be-true rule. It’s pure Woody: there’s love, sex, song, whiskey, yearning,
God, heartbreak and hope. It’s about humanity’s connection to nature, the urge to create and to propagate.

Seeds of Man, which echoes Whitman’s Leaves of Grass, represents a vast library of unpublished volumes he left behind. But it also contains his essential whimsical nature, playing always with language both sacred and earthbound. Though Woody was a poet, he was a poet of the people. And these seeds are not appleseeds, or seeds of fancy or fiction. These are seeds from his heart and soul.

I Hate A Song That Makes You Think That You Are Not Any Good.

I hate a song that makes you think that you are not any good. I hate a song that makes you think that you are just born to lose. Bound to lose. No good to nobody. No good for nothing. Because you are too old or too young or too fat or too slim or too ugly or too this or too that. Songs that run you down or poke fun at you on account of your bad luck or hard travelling.
I am out to fight those songs to my very last breath of air and my last drop of blood. I am out to sing songs that will prove to you that this is your world and that if it has hit you pretty hard and knocked you for a dozen loops, no matter what color, what size you are, how you are built, I am out to sing the songs that make you take pride in yourself and in your work. And the songs that I sing are made up for the most part by all sorts of folks just about like you.
I could hire out to the other side, the big money side, and get several dollars every week just to quit singing my own kind of songs and to sing the kind that knock you down still farther and the ones that poke fun at you even more and the ones that make you think that you’ve not got any sense at all. But I decided a long time ago that I’d starve to death before I’d sing any such songs as that. The radio waves and your movies and your jukeboxes and your songbooks are already loaded down and running over with such no good songs as that anyhow.

There are two kinds of songs: living songs and dying songs. The dying songs – the ones about champagne for two and putting on your top hat – they tell you that there’s nothing to be proud of in being a worker, but that someday if you’re good and work hard, you’ll get to be boss. Then you can wear white tie and tails and have songs made up about you. I like living songs that make you take pride in yourself and your work, songs that try to make things better for us, songs that protest all the things that need protesting against.

“All you can write is what you see.”

By Woody Guthrie
Unsung until 2009, with music by Sarah Lee Guthrie & Johnny Irion.

Well everybody around this world they make folk songs;
All the people round this planet, they’re making folk songs;
Underneath the stars and skies they go dance and cry;
And when the rooster crows at dawn
They’ll have a folk song

If you
Beat up, butcher, and
You bleed a man:
If you bang up and badger and
Bloodlet a man;
And then I come along
On the feet of man
And half way laff and cry ’bout
The meat of man,
And I do what I can to
Bale string and tie some ballad truths
Up cured out
For the feed of man
And
Folks try to tell me
That it’s on God’s orders
That you bleed your man;
It’s on God’s good word that you
Bleed your man;
On God’s plan print
That you dead a man;
Or you spit and curse and whip
Your man;
I say I’ll help you fix and
Squeeze yourself up a new kind of a God
Of some kind;
One that tells you
Fertilyze and multyplye;
One that
Tells You:
Outsow and outblow,
Outplant and outgrow;
Outdo, and outrun, and outclimb, and out spread
Every other tree and bush
And brushy fruits and flower petalls;
Out fruit them all
For the feed of man;
Out stalk and out hunt and out think
For God’s own sweet sake, out think! Out think!
Outthink the fruits
Outgrow these animal kind and shapes of man!
It you miss and go down
Your dust will turn up on that long hot job
Once more again
To help in the feeding and the seed of man
And not in the bleeding and the end of man.

You go carry heavy water
I’ll get my solar bucket
Mix up with force and gravity
Dance around my atom fire.

Fill your sack of fiery forces
Trot down my neutron horses
Get down out of your atom wagon
Dance around my atom fire.

Write down your law of numbers
Marriage wings and relativity
I’ll bring my fourth dimension
We’ll sing by the atom fire.

Dance around my sweet titanium
Kiss my lips my pretty helium
We’ll look at the flames of nations
Sit here by my atom fire.

Throw on some history pages
Words of your wits and sages
Throw on ten million ages
Warm by the atom fire.

The Story of the One-Eyed Banker

There once was this one-eyed banker. He spent a fortune having a glass eye fashioned. He was very proud of it and knew that nobody could tell which eye was which. Now this banker was known in town for tormenting farmers trying to grow crops and survive the bad times.

One day the banker went out to a farm suffering from too much dust and too little rain. “You ain’t paid your mortgage,” the banker said. “It’s past due and I’m here to take your farm today.”

“You know I can’t pay you until my crops come in,” the farmer replied.

“You know I don’t care none about that. But, I’m a fair man,” the banker lied. “I’ll make you a wager. If you can tell me which of these is my glass eye I’ll let you keep your farm for another two months.”

The farmer looked the banker up and down. His fine leather shoes, his tailored pin-stripped suit, his diamond stickpin. The farmer in is sweat stained dusty overalls look the banker square in the eyes.

Then the farmer backed away a couple of steps and said, “You’re left eye. You’re left eye is made of glass.” The banker was surprised and upset ‘cause he hated losing a wager.

“How could you tell,” the banker snarled.

The farmer replied, “I looked at both eyes. One was cold and lifeless and soulless. The other had a faint, tiny spark of human compassion. I knew that one had to be made out of glass.” 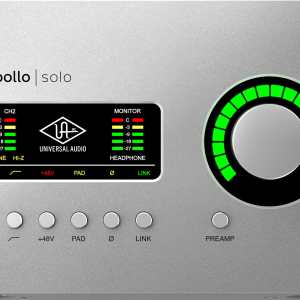 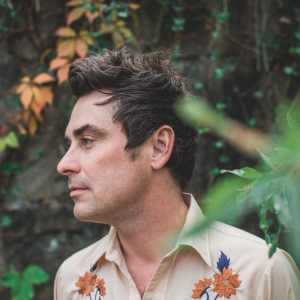