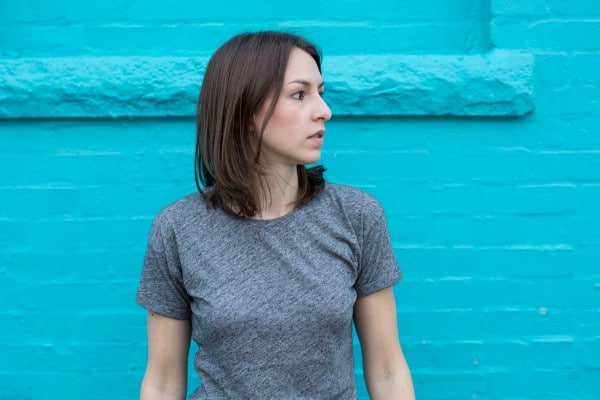 Pittsburgh native Brooke Annibale has been recording since she was a kid, releasing her first few album while still a teenager. The indie singer-songwriter followed her dreams to Nashville, where she attended Belmont University and cut two EPs and three albums. The latest of those projects, The Simple Fear, is a beautifully detailed 10-track effort recorded at Smoakstack Studios. We chat with the Belmont grad about overcoming writer’s block, her growth as songwriter and moving back home to Pennsylvania.

You recently moved back home to Pittsburgh after living and recording in Nashville for several years. Has moving back to your hometown affected your songwriting process? If so, how?

I don’t think it’s necessarily affected my songwriting process, but it’s definitely affected my life and career. With music, you can do your work anywhere, basically any time. I still traveled back to Nashville to do the recording of this new album, but when I’m home in Pittsburgh I have a better work/life balance that I just couldn’t maintain in Nashville.

It’s been ten years since your debut album. How have you grown as an artist since then?

I was 17 when I released my first album so a lot of things have definitely changed! I think it takes a few years to find your sound or style, and I just did that a little more publicly than some. As far as how I’ve grown, I’ve definitely moved through a few stylistic changes, some songs airing on the bluesier-side of things, but ultimately landing in this folk-pop pocket. I’ve also become more involved in the production of my music and pay really close attention to the details. Working with Justin March, my producer and friend from college (Belmont), has really helped me to grow in that regard. I can present ideas to him as far as dynamic, build and instrumentation and he is great at communicating that vision and enhancing it.

Elliott Smith, Brandi Carlile, Glen Hansard, Kathleen Edwards, Ben Howard, Lisa Hannigan… I could really go on and on. And of course there are classics like The Beatles and Nick Drake.

I started with lyrics and melody when I was 7 or 8 years old. I don’t know what made me decide to start scribbling lyrics down at that age, but I never really stopped. Years later, I decided to learn the guitar specifically so I could write songs. As soon as I knew enough chords I started writing and finished my first song probably 3-4 months after starting guitar lessons. I’m 28 now.

I don’t know if this counts, but I can still remember the chorus of the song I wrote called “I’ll Never Forget You,” which I wrote when I was in about 4th grade. I’m not sure what inspired it at all, but I only ever sang it for my Mom, and only ever a capella style, no instrumentation. Once I started playing the guitar some six or so years later, the first song I wrote was called “Say Hello” and it was full of embellished teenage emotions.

You say you were going through writer’s block as you went into this record. How did you overcome that?

I just kept writing (or trying), but I wasn’t writing anything that I liked very much or that particularly stuck with me. At the time, I had just made the move across Nashville to a new apartment in East Nashville, so maybe it was the change of scenery that caused new inspiration. The song that broke the drought, “Remind Me,” came all in one sitting for the most part. I didn’t have a particular inspiration when I was writing the song. The writing was more subconscious I think. It wasn’t until months later that the meaning of the song really sunk in and and began to reflect specific situations in my life. That song brought back some of my confidence in writing so that I wasn’t so afraid of approaching another writing session.

It would’ve been amazing to collaborate with Elliott Smith in some way. I always loved his arrangements and production. To have him produce a song of mine would’ve been a really amazing learning experience.

I typically write alone, at home. I used to scribble lyrics all over notebooks, and now I mostly use voice notes on my phone to keep track of ideas. While I started out lyric-driven, a lot of my songs start with just guitar and melody now and finding the right words to fit comes second. I’m always thinking about the dynamic flow of the song when I’m writing, writing in bridges or builds and drops. That helps me have a pretty clear idea of where the song is going to go in the studio or with a live band. Some songs are done in a day, some songs take months. Some songs really make you wait for it.

Ah! It’s pretty impossible to define perfect when it comes to music, BUT I suppose “perfect” songs are “perfect” because anyone could relate to it, lyrically at least. Songs that come to mind that fit that description would be “In My Life” by The Beatles or “Forever Young” by Bob Dylan.

Who should we be listening to that we may not have heard of yet?

I’m not sure if you have or not yet, but if you haven’t, Rose Cousins is absolutely phenomenal. Her record “We Have Made A Spark” definitely had a huge influence on me while making my new album.

Which song of yours was the most difficult for you to write and why?

It’s hard to pin point which one overall was the most difficult, but on this record it was definitely “Answers” which was the last song I wrote for this record. All of my songs are deeply personal, but some, like “Answers” are a little more honest and personal than others. Those songs are usually the ones that come out of pure emotion and are finished relatively fast. On the other hand, they could be so raw that it takes me a while to find just the right words to say after the melody is there.

What advice do you have for other young, aspiring songwriters?

Strive to be genuine and truthful in all that you write, and be patient because sometimes the song will find you if you make the time for it. 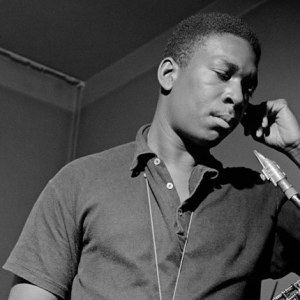 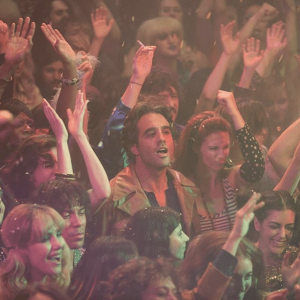