“Listening to ‘You Got the Silver’ first would be like eating your dessert before your appetizer.”

If you think you know all there is to know about bluegrass music, Crooked Still will set you straight. The Boston band appreciate the Rolling Stones as much as they do Ralph Stanley, and it shows. Their latest album, Some Strange Country, features guest spots from music legend Ricky Scaggs and newcomer Sarah Jarosz. We talked with vocalist Aoife O’Donovan about recording their new CD in a snow storm, and playing originals versus covers.

How does Crooked Still differ from a traditional bluegrass band?

We never set out to be a traditional bluegrass band, but even so, I think the definition of “traditional” is changing. Our instrumentation is the main thing that sets us apart. Instead of the typical rhythm instruments of guitar and mandolin, we use cello and fiddle to provide chops and grooves (in addition to glorious string pads and melody lines.) Our banjo player, Greg Liszt, has developed a novel way to play the banjo incorporating a fourth finger, which adds to our appeal. When people think of bluegrass, the often think of high lonesome harmony singing. In Crooked Still, we don’t use harmonies that often, and rely more on the voice as a fifth instrument.

Why’d you choose to cover “You Got The Silver” on Some Strange Country? What is it about that song that makes it so great?

The Rolling Stones have always been one of my favorite bands, but it was Greg who suggested this song. Apparently he had a huge Stones phase as well. We wanted to include one well-known cover on this album, and after playing around with a bunch of old songs, this one seemed to stick. It’s so cool to hear Keith Richards really wail, you know? We tried to emulate the original recording by having Greg play slide banjo, keeping the riff intact, and singing the middle section up an octave. There’s something so intriguing about the lyrics to this song — I love how it ends with “I must come back for a little more…” Everyone can relate to that, right?!

You got snowed in with producer Gary Paczosa while recording Some Strange Country. How did that experience affect the album?

We got to Charlottesville on a Sunday evening. The studio was up on a mountain and deep in the woods, so we were pretty isolated to begin with. During the first couple of days, we’d head to the bottom of the road to make a phone call, go into town for supplies — we even celebrated Greg’s birthday at a restaurant in town. We knew there was a “storm” coming, but down south, people tend to blow those things out of proportion. On Friday morning, I decided to hit up the Whole Foods just in case of emergency. When I got back, armed with food and beer, snow had already started to fall. It didn’t stop until Monday, and the road didn’t get plowed until Tuesday! It definitely focused us in a way we weren’t expecting. Being locked down like that can go either way, I suppose. We’re lucky that we all got along so well! We spent 14 hours a day recording music and rehearsing in front of the fireplace eating freshly baked cookies. When we felt like relaxing, we’d go play ping pong or pool and have wild dance parties to Tim O’Brien records. It was a blast!

The album is comprised of seven traditional songs, four originals, and a cover. How do you determine the balance between including original and non-original material?

Crooked Still had always been a band that reinterpreted traditional songs. We never set out to be a folk band that played original songs, even though all of us write. For this album, we each brought ideas to the arrangements of both the traditionals and the originals. When one of us has an original that seems like it will work with the band, we try it out. For this album, we also recorded a fifth original, “The Lovesick Redstick Blues”, that people can hear on iTunes.

Take us through the original songs and explain a bit about their origins.

“Half of What We Know”: There’s an old traditional song called “Moonshiner” that has the lyric “Your lonesomeness I know” in it. That lyric always stuck with me, and I was playing around on my guitar one day and came up with my own story. I played the song a few times with other people before it came to Crooked Still–first, on tour with Heather Masse of The Wailin’ Jennys, and then on a demo with members of Punch Brothers. I played the band the demo, and we decided to work it up! I’m glad we did- I love Sarah Jarosz’ harmony singing on this one.

“Turning Away”: A few years ago, Greg wrote this song after he got some special banjo tuners. I think it was originally a sort of mating call–he could teach it to pretty girls and have them turn the pegs. The lyrics are so beautiful–I loved recording this song. We were in a long windowed hallway around two microphones watching the snow come down. “And you’re turning away…”

“Locust in the Willow”: Brittany wrote this fiddle tune a year ago and played it for Greg, who wanted to name it “Locust took the Child.” I originally wanted to write lyrics to the tune itself, but then discovered a great Roscoe Holcombe version of the traditional song “Willow Tree.” We had a blast arranging this one–the band plays the tune twice through in the key of D before modulating to A for “Willow Tree.” Behind the sparse lyrics, Tristan keeps the melody for the tune going, this time in A.

“You Were Gone”: A few weeks before we went into the studio, the last phrase of this song popped into my head. “You were gone before I got there, gone back from where you came…” Brittany was coming through Brooklyn the weekend and stopped to help me finish it. The song fully came to life in the studio, when Tristan lent his expertise to the instrumental bridge.

I’m especially proud of the “Half of What We Know” lyrics in general… In the second verse, my favorite lines to sing are “A mermaid finds you there, puts flowers in your hair, and thus begins your nautical affair.”

Ricky Skaggs has a guest vocal on “The Golden Vanity.” How did that come about?

Ricky Skaggs has always been one of my favorite harmony singers, so meeting him at Merlefest ’05 was a huge thrill. I handed him our first album, Hop High, and was completely shocked when he emailed me a few weeks later saying he loved it! He’s been really supportive of our music over the years, and we were so excited when it worked out for him to sing on this album. When we worked up “The Golden Vanity,” I had him in mind… I love when he jumps in on the verse! We’re playing a festival with his band later this summer and I’m hoping we can sing it together live!

Crooked Still has been called “defiantly non-traditional” and “alternative bluegrass.” Does that also apply to your songwriting?

Not at all–I don’t follow any rules when writing songs. My songwriting is influenced more by Joni Mitchell and Laura Veirs than by Bill Monroe. That being said, I think our arrangements of songs incorporate some very traditional elements.

You’ve said in the Huffington Post that you wanted Some Strange Country to be listened to front-to-back. Why is that important?

I’m a huge believer in the album as a piece. When I get a new record, I want to hear it from start to finish, the way the band intended it to be heard. Maybe that’s old school, but I think the songs are all related. Listening to “You Got the Silver” first would be like eating your dessert before your appetizer.

Life. Life on the road, life as a woman, life as a 27 year old… The touring lifestyle can be a lonely one, and songwriting can be a sort of therapeutic retreat.

When push comes to shove, what are some of your favorite bluegrass songs?

We’ve been listening to a lot of Stanley Brothers in the car recently–Greg has been narrating the Ralph Stanley autobiography and DJ-ing the soundtrack from his iPhone. “Rank Stranger” is one of my all time favorite songs in any genre. The lyrics are so dark, yet so honest. The idea of being alone in this world, your loved ones gone, is a common theme, but Ralph and Carter Stanley singing about it really gets me.

Another favorite is “High on a Mountain” by Ola Belle Reed. Female songwriters from that era seemed to have a timeless perspective. “High on a mountain, standing all alone, wonderin’ where the years of my life have flown.” I love the sorrow in that line, the sense of hopelessness. 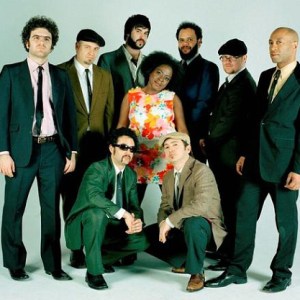 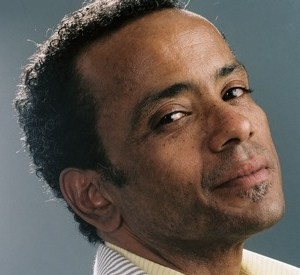