Although the 1976 mystery comedy film Murder By Death is a lighthearted and goofy spoof of ensemble crime films of the past, the ensemble Murder By Death, our featured Writer of the Week from Bloomington, Indiana, can be described as anything but. The indie rock group is usually somber in theme, complex in instrumentation, thoughtful in songwriting and continually orchestrates their message with heavy concepts and brooding lyrics. Much is the same for their seventh studio album, the forthcoming Big Dark Love, set for release on February 3 via Bloodshot Records. We caught up with singer/guitarist and songwriter Adam Turla about his writing habits and the band’s new album.

I start every song in my head with just a vocal melody and a line or two. It usually takes months of it rolling around in there until I have enough to write down and make something more tangible. I’ll throw some chords on the guitar and start thinking about production, and then the band will get together to start rehearsals. At that point anything can happen with the song. It can take off and be done in an hour. We could work on it for a week and then scrap it. We can assemble, tear apart, rewrite and revise. Honestly the only rule is that it has to be interesting to us.

Time off! I really need to be relaxed to write. Occasionally if there’s a deadline I can get a song out really quickly, but usually it takes me a lot of time.

Where is your favorite place to write?

Camping! I love being totally focused and having nothing to do but set up camp, prepare/catch food or hike. I find walking really helps me work on songs, and being alone and bored gives you nothing else to do but write!

What percentage of songs you write are keepers?

I think the best part of being in this band is the fact the music really seems to reach people. I have received seriously hundreds and hundreds of heartfelt emails of people telling me their story- usually about a song touched on some point in their life. The song “Brother” about loving a person who causes you a lot of pain seems to really strike a chord with people. “Shiola” is about a lonely man imagining having a family that he (might have used to have?). “Send Me Home” is off the new album, which isn’t even out yet but I’ve gotten several letters from people who were affected by it just hearing the premier of it on Noisey. It’s so encouraging to me that our music is “useful” to people. It’s the main driving force for me to keep writing.

Occasionally I will try to write specific songs for movies etc, but I rarely have time. I absolutely love writing really stupid and silly buttrock songs. I have many many of those. I’d love to write dumb songs on the side for ridiculous comedies like Will Ferrell movies or Southpark or something, but they’ve got that down. I think because MBD writes such dark sad songs I am attracted to writing silly songs for fun on the side.

Hmm since we have a new record it’s the last one we wrote for Big Dark Love – it’s called “Solitary One.” Sarah and I wrote it on a walk through a cemetary, oddly enough. We were going for a sort of MBD interpretation of 70’s soul/The Budos Band/Portishead. Strange song.

You have a very distinct concept behind each album. What’s this one leaning towards and how did you end up there?

This record is a collection of non traditional love songs. Songs about love that aren’t typical radio love songs. I think it has just been a subject on my mind a lot, about how love can be much more complicated, painful, dark, sad etc than many love songs tend to focus on.

It has to fit into the “world” of MBD. If a song is really out there for us stylistically, and I can’t find a song that we have recorded before that I see as a link then I start to worry that it won’t make sense or have the right context to work. I love a huge variety of styles of songs so I have to have some element of control so I don’t just go buck-wild.

What’s a song on the newest album that you struggled with?

Any of the dozen songs that didn’t make the cut! But as for one that did, “Dream in Red.” I think it came out rad but it took a while to make it work. There were a few songs that I had worked out in my head, but when we tried to bring the band in to write their parts they sounded too busy. So we ended up starting with the bare minimum and used the idea of only adding essential parts, then stripping down anything that didn’t “pop”. It was a fun way to record that we had never done before.

What’s a song on your album that you’re particularly proud of and why?

I love the title track “Big Dark Love” on the new album. Sonically, it is really exciting to me- there’s fidelity changes within the song as well as a time signature change. It feels kind of like a journey.

How have your roots as a Midwestern campus-town band playing house shows prepared you for the stages and crowds you
play for now?

I think it made us really appreciate when folks responded to us. Playing basement shows to start our career (many moons ago) the band just tries to reach a handful of people at a time. Our career has been a long slow grow, and now those rooms are full of people who we picked up here and there- and we feel very lucky to have such a big wonderful audience.

How does constant touring play into the band’s songwriting?

It made it very difficult, and in the last year or two we have changed gears in order to have more time to write and decompress from tour. I am not one of those people than can be on the road, business managing the band/tour, and then also be writing songs. There’s just not enough time and tour doesn’t put me in the right headspace.

Probably David Bowie. He has so many different styles of songs.

What do you consider to be the perfect song (written by someone else) and why?

Hmmm… oddly enough, “Natural Woman” as performed by Aretha Franklin comes to mind. There’s so many perfectly written songs from that era. I’m a big soul fan and always have been.

There’s a group we brought on tour called Buried Beds – the two songwriters in that group are incredible and can do so many different styles. I really want to see them grow and hear what they can do!

If you could co-write with anyone, dead or alive, who would it be?

Probably Shane McGowan of the Pogues or Nick Cave. 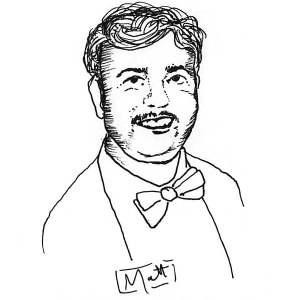 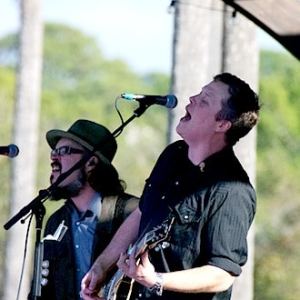