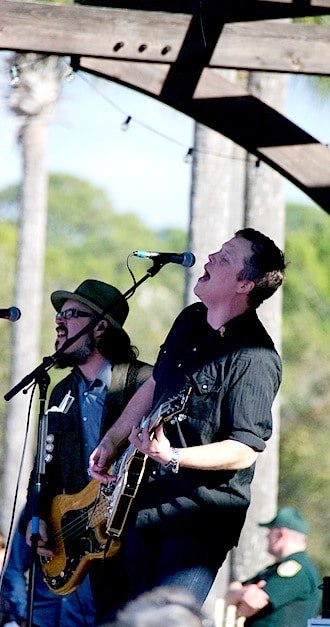 Seven years ago, South Walton, Fla., was not a place anybody wanted to go in January. The most off month of the tourism off-season, it can be downright cold. Mitten weather. Even before sundown.

But six years ago, the 30A Songwriters Festival was born. Now, the stretch of Northwest Florida is a hot mid-January destination for music fans who like to get up close and personal with their favorite singer-songwriters — and discover new ones — in relaxed, intimate venues a stone’s throw from beaches known for their pristine, “white-sugar” sand. Gorgeous ocean sunsets are just icing on the cake for this laid-back affair, which took place this year from Jan. 16 to 18 and featured some of America’s most esteemed writers and performers.

Steele — no relation to unofficial “festival mayor” and popular attraction Jeffrey Steele — co-produces the festival with Russell Carter Artist Management; Carter handles the Indigos and Mullins, among others. The nonprofit arts alliance also is the event’s beneficiary.

The headliners and Saturday warm-up act Bobby Bare Jr. all played sunny afternoon gigs at the outdoor Gulf Place Amphitheater, a 3,000-capacity space where polite fans sat sipping cocktails in lawn chairs or on blankets, or watched from VIP seats or the balconies of surrounding condos. After playing his Saturday set with a full band, Isbell also played one of several extra-ticket VIP events, delivering a powerful Sunday-night show at Grayton Beer Co. with singer-guitarist Sadler Vaden and accordionist Derry DeBorja. Afterward, one new fan labeled Isbell the most important singer-songwriter to come along since Johnny Cash.

Such reactions were not uncommon. Hearing artists deliver their best in small venues filled with attentive listeners can have that effect, and at this festival, audiences are enthusiastic, appreciative and in many cases, quite knowledgeable about the artists and their music. They’re also well to do, and willing to invest in quality listening experiences — and to make discoveries; the Tall Pines and the Grahams were two artists earning buzz after their joint Friday-night set.

Giving new artists a chance to be heard is important; this festival succeeds so well at it because they can play multiple times in a variety of venues. Sites range from that outdoor amphitheater to Central Square Records, above a charming bookstore, where one might hear Mary Gauthier talk about helping traumatized war vets heal through songwriting or find Chris Stills playing guitar with as much skill as his father possesses. On Sunday, he watched backstage during Nash’s engaging set with Shayne Fontaine, which concluded with the encore, “Teach You Children” — for which, of course, Nash called out his bandmate’s son. Such impromptu moments are another special part of any festival experience — for both artists and fans.

At 30A, performers appear at rustic and upscale bars and restaurants, elegant swim clubs bedecked with white tents, the fancy Watercolor resort (home of possibly the world’s best hot chocolate) and even a town hall or two, all stretched out along the coastal road known as 30A. Shuttles allow partiers to leave their keys behind; those who do drive the stretch quickly learn that no amount of impatience will get you there faster. The speed limits may seem maddeningly slow, but in a region where bicycles and golf carts are major modes of transportation, the only option is to relax and go with the flow. Which is, ultimately, the point of visiting a resort area. And because of this festival, even January is tourist season in South Walton. (They market it with the clever catchphrase, “hook, lines & singers,” which pretty much says it all.)

“It used to be dead. Restaurants would close; hotels were empty,” Jennifer Steele recalls. “It’s created a surge that has spilled over into the rest of the month. So something that we thought was going to be kind of small has massively grown in five years.”

Attendance has been capped at 4,000 for a few years, says Carter, who “begged and pleaded” for artists to perform the first year. Now, they clamor to play here. Even though most are paid only stipends, they get put up in in well-appointed beachside vacation homes, most of which are part of amenity-laden private resort communities, and spend the weekend playing with old friends or new collaborators.

“They can come in for a week and write and relax, and not just come in for their set and leave,” says Steele. “We really like it to have that personal quality so that the artists feel at home here.”

Fans can rent similar properties; many communities also have resort hotels (I stayed at the massive, village-like Sandestin Golf & Beach Resort; it was a bit farther from the action, but several parks and wilderness areas along the way made the drive interesting). While chain establishments, including hotels, are resolutely avoided in the 30A stretch, some exist beyond its borders.

Blues player and North Mississippi Allstar Luther Dickinson, who brought his mom and family to help celebrate his 42nd birthday on Jan. 18, announced during a Saturday set, “This is the best January ever. We’re looking for somewhere to move, and this is pretty seductive.”

Earlier that night, Tommy Womack simply declared, “Is this cool or what?”

At the time, he was in the midst of trading stories and songs with Kim Richey, Bridget DeMeyer and Reed Waddle, all accompanied by much-in-demand Will Kimbrough, who’d played the set just before theirs with Gretchen Pleuss, Kim Taylor, Victoria Banks and another Jan. 18 birthday celebrant, Amy Black. (Kimbrough and Black then headed to Muscle Shoals to record her new album at FAME Studios.) He also appeared with Willie Sugarcapps and other friends. If he seemed possessed of endless energy, the audiences did pretty well themselves, despite near-frigid after dark temperatures.

As ever-engaging Sara Watkins praised her Sunday-night audience for being “the last people left dancing,” their enthusiasm suggested they couldn’t imagine being anywhere else — even in January. 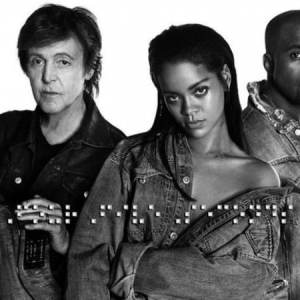