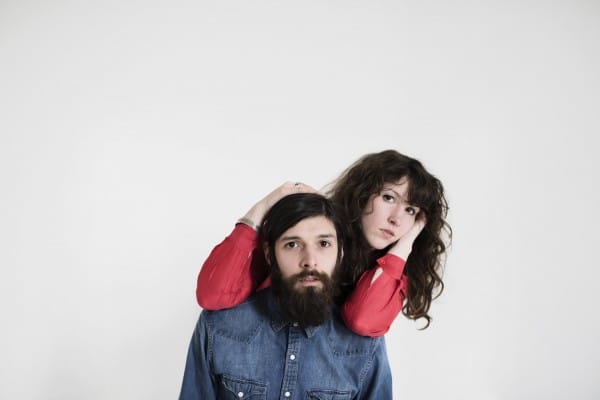 Widowspeak categorize their sound as any and all of the following three unique genres: “cowboy grunge”, “dream country” and “earthtone pop.” Co-writers Molly Hamilton and Robert Earl Thomas met each other in Brooklyn just over half a decade ago, and their most recent record, All Yours, is a distillation of the changes they endured after moving to the countryside of upstate New York in 2013. We spoke with them about their quest to meet Willie Nelson, the genius of the Carter Family and their childhood home recording tools.

Molly Hamilton: Joanna Newsom, I think, is one of the most amazing songwriters making music right now. But also I like working with a whole other set of influences, and in that camp, I think people like Elliott Smith, Bill Callahan, Chan Marshall (Cat Power). Also, a lot of Northwest music…

RET: I mean, Bill Callahan is a huge one, but mine are Willie Nelson and Kris Kristofferson. I’m so about outlaw country… and I could list you off some Brazilian dudes, but I think that has no bearing on our band whatsoever. But I love it – I listen to Caetano Veloso, Gilberto Gil, and Jorge Ben pretty religiously. I also think for us, honestly, there’s Neil Young and Stephen Stills.

MH: Oh yeah, Neil Young is a big one.

What is your general songwriting process?

MH: 75% of the time, I’ll come up with a progression or a melody. Then, sometimes, I’ll give it a nickname to differentiate between these really vague ideas. And I’ll have lyrics that I’m sort of working with, but I don’t really stick to lyrics until we’ve already done the background portions. I’ll bring that sort of seed of the song to Rob, and we’ll kind of just mess around with it for a long time, to get it to a place where the dynamic is good. Then Rob will kind of think about instrumentation, and I’ll go back to the drawing board on lyrics and think more about structure.

RET: It’s a really liquid process. I know people who write songs where they’re like, “I sat down today and I wrote a song. Period. It’s done.” And they’ll play it or mess with it, but our songs have very long incubation periods.

MH: You can tell the songs on our record that did come about really quickly, and usually are just like me driving it. On this record…

RET: …it’s a song called “Coke Bottle Green.” If it’s a mega stripped-down song, that means Molly wrote it and we maybe just added a whistle on it before calling it a day.

Let’s talk about “Girls” – it seems a lot longer than other Widowspeak songs. What exactly inspired the experimentation that made you want to draw it out?

RET: Well, we had this song and we weren’t really sure how to end it, to be honest. When you do a record, you don’t generally want to overuse the fade out. So we had a couple contenders. You don’t want to have, like, the whole ’60s thing where all the records need to fade out because people are DJing on vinyl. And “Girls” seemed like it would be one to fade out. We did it in so many different passes because we had so many different friends play on it, so we kind of just let it fall apart at the end. We were gonna cinch it and I was sitting in the mastering process, actually trying to decide where to end the song and bring the fade out, but we decided it was cooler, especially since “Girls” ends the side, to just let it all kinda happen.

MH: And I think it kinda stems from the fact that, as a live band, we don’t necessarily stick to playing our songs religiously, so even when we’re playing “Girls” now, it’s not as long. Maybe in the future, it will kind of resemble that length and not be different parts. Maybe there will be a solo instead of the parts that are on the recording. The voice memo of that song, originally, was just those two verses and then the chorus came along. It wasn’t six minutes at the beginning – it’s actually a pretty condensed song in terms of my lyrics.

MH: As a band, we’ve been together for about five years. May of that year is when we started getting together and playing together as a trio with our original drummer, Michael. Before that, I’d been kind of writing my own songs. I just didn’t really want anyone to hear them. I put them on MySpace, but I never played shows or anything.

RET: I’ve pretty much been active in bands ever since the beginning of high school. But the year before I met Molly and started Widowspeak, I was like “I’m not gonna be a musician. I’m moving on with my life. This is a fun hobby.” And then we started the band, which was a thing for me to do on the weekends, and then we made a record.

MH: Yeah, I would say the first song I actually wrote was during sophomore year of high school. I don’t really count anything before that as being real songs. I was in band, and I went to band camp. I took a guitar class there after 8th grade, and I took a songwriting class when I went to an arts high school. But it was really bad, it was a terrible song. It was about going on a road trip and it just had really terrible lyrics, but it was supposed to have a 1-4-5 chord progression. You know, that’s what you do in songwriting class, it’s like Music Theory Lite. But I just remember being so scared, and putting it off for two weeks before the assignment was due and being nervous about people watching me perform it in front of them. I mean, the class was made up of all my friends. I remember singing in front of them and being so deathly afraid. I think that ultimately, I’m glad that I took that class. Everyone needs to write a terrible first song.

RET: I wrote my first song was when I was 15 years old. It was called “Fight Boy.” It was like a Lou Reed knockoff about how it was stupid that I liked blues music, because I had nothing to be blue about. It was like a home tape recording. In fact, I used to do all my home demos on a Talkboy. My parents got me that when I was a little, little kid and then when I started liking music, I didn’t have a computer, so it was like “how do you record yourself?” And I was like “well, I have this little tape recorder thing!”

MH: I had a karaoke machine, which my parents bought. It was basically a double tape recorder with a big speaker built in, no screen or anything. So I would use it to record guitar and then record my singing, but with one of those terrible mics that was for karaoke. It was rough.

RET: My contender is “ABC” by The Jackson 5. But that might be the best song ever made.

MH: That’s more maybe in production than songwriting, but it’s a good song. I’m thinking about it in eras. Is it a Bob Dylan song? I don’t know. Is it a song by The Band? Maybe. One of the songs that I continually think is one of the best songs written recently is Wilco’s “I am trying to break your heart.” It’s an incredible opening song and I feel like, lyrically, it’s kind of nonsensical…

RET: …it’s not nonsensical at all! It’s super conceptual!

MH: It’s conceptual, but there are layers.

RET: You wanna go with a really easy answer? Like “A Change is Gonna Come” by Sam Cooke or something like that?

If you could collaborate or co-write with anyone, living or dead, who would it be?

RET: Honestly, I would probably want to collaborate with Jeff Lynne. He produced all those cool records by Tom Petty, George Harrison. He did that Roy Orbison comeback record Mystery Girl, He would be a cool dude to collaborate with.

MH: With “living” artists, it’s a lot more like, I almost wouldn’t want to work with some artists that I really respect. Like, “I don’t want to mess with your songwriting, you’re perfect as you are.” Honestly, I really love really old country records, like first generation Carter Family and the first 1920s/30s recordings…

MH: Some of that, like Sons of the Pioneers and stuff. But, I would love to go to 1938 when The Carter Family were doing their Mexican radio stuff and writing the folk songs that have been covered so many times since then. It’s all based on traditionals, but that’s sort of the origins of country songwriting. Just like sitting in and seeing these crazy shaped notes, singing bass harmonies…

RET: We were actually talking in the car about how we were hoping to meet Willie Nelson before he died.

MH: We know a bunch of people who have met him and hung out with him, so it’s not impossible! We just have to find our way to meet Willie Nelson.

Which of your songs was the most difficult for you to write, whether it was one you couldn’t finish or a difficult topic to tackle emotionally?

RET: We had this song called “Locusts” from Almanac, that’s been written and rewritten like 12 times. That was one that was kind of elusive. Not even by any stretch a favorite song, but as a band we’ve been chasing that dragon a really long time. I think that’s just me thinking from a production standpoint, though.

MH: On the one hand, “Girls” was the first time I put out a song that’s talking about something really specific. A lot of times I’m talking about relationships and these vague moments and feelings, and I just kind of mesh a lot of different experiences together. I know what I’m talking about but it doesn’t always necessarily rely on frank language. So, for me, making this new record was kind of weird because I wasn’t making these big declarative statements, but the songs are kind of more clear as to what I’m talking about. I think that we’ll always kind of go back and forth between that and my normal style, using language as a tool for communicating. 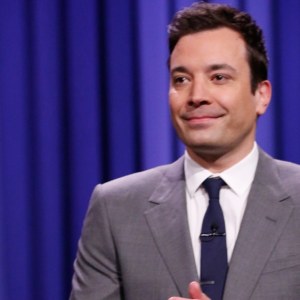 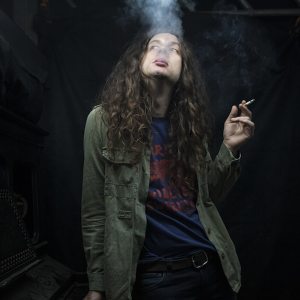