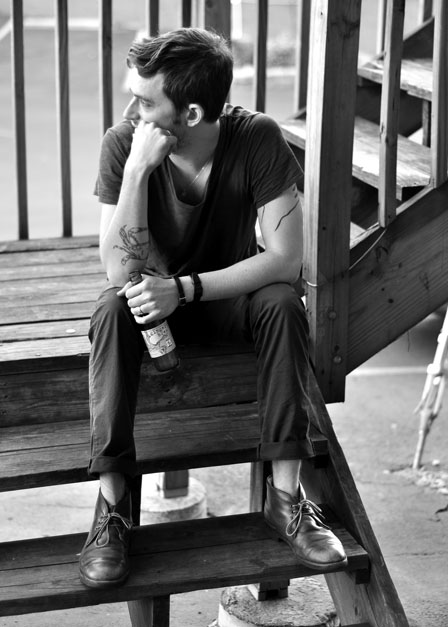 Yeasayer’s Chris Keating outside the Cannery Ballroom on Friday night of Next Big Nashville 2010. Photo by Laura Brown.

Yeasayer has emerged as one of the finest bands in the pop world. After the release of All Hours Cymbals in 2007, the band signed with Secretly Canadian and released Odd Blood, a record that in many ways seem to sum up the state of music in 2010. Their live show has been cited by their peers and fans alike as an example of how to successfully transform tricky studio complexities into a compelling live experience. Nashville was lucky enough to have the band passing through for the Next BIG Nashville festival, and we spoke with frontman Chris Keating before the show.

Did Yeasayer start as a more traditional band?

We never really acted in a traditional band way and I’m not sure what that exactly is, anymore. We just did what seemed to make sense. Some of the first things we wrote were just taking pieces and recording it, and trying to structure it together, all very computer-based. Or even if we recorded to tape, we recorded the tape into the computer.

I remember one of the earliest songs we wrote, we found this beat from a Palestinian song and this Hungarian guitar part. We kinda put them together, it wouldn’t have worked to straight-up sample them, but that’s the idea. The riff had this certain tonal quality. So I actually recorded that and sang on top of it [to show] what it should sound like. And then we went back in and got rid of [the samples] and tried to emulate that feel.

Do you always remove the original samples?

Not all the time, but in that case. I’m totally down with taking pieces of samples. You can take a guitar part, chop it up, restructure it, just because you like the tone of it. Usually what I’m trying to recreate is the tone, not necessarily the melody. It’s like it was recorded in a specific time, with that amp, with that cool, interesting guitar. And then take it and flip it around and try to recreate that sound.

What are some of your sample sources?

The Hungarian guitar riff I think was from one of these records from Smithsonian or some thing I had from the library. We never really sampled anything that was pop music. To be honest, a lot of the material doesn’t really end up being sample-based, although I like that kind of music, that’s the kind of music I’d make on my own. For the band, it became about getting a lot of different recordings to be inspired by. Some of them were like Chaka Khan songs. Like, “Oh, love the space, love the mix.”

I’m constantly amazed with the stuff I’ll find – bands from like 1968 who were really pushing boundaries but never got any exposure. Like, how did they get that sound? And then trying to use that sound in [a different] context.

How would you describe your sampling process?

There’s a certain way of doing samples which is a “phrase sample,” which is literally the melodic line. And the other way is to take a sample, chop it up into thirty-second notes – so you have that tone – and then use that tone as a tone in your synthesizer and make a new melody out of it. It’s creating weird synth tones by layering sounds and customizing synth patches.

Does Yeasayer’s live show present challenges vs. the recordings?

It’s hard to get it to translate live. I do want to have it, live, be a certain specific energy. But at the same time, I think it’s its own thing. I don’t want it to sound exactly like the record, because I don’t see the point. But I don’t want to sacrifice the sonic textures of our record, so we have to figure out how to do them live.

And there are five people in Yeasayer’s live band.

Those guys [Jason Trammell and Ahmed Gallab] have been with us for a year and a half. Those guys came in and played on a couple songs [on Odd Blood] at the very end.

So were there acoustic drums on Odd Blood?

I can’t really play the drums that well, but I can try, record it, and then beat-correct it and get this weird sound. But then Tram and Ahmed came in and played on top of that. So the idea is to blend those two worlds, to make it somewhat indistinguishable. 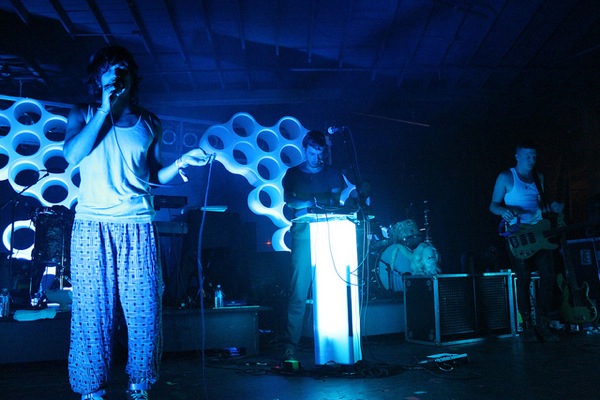 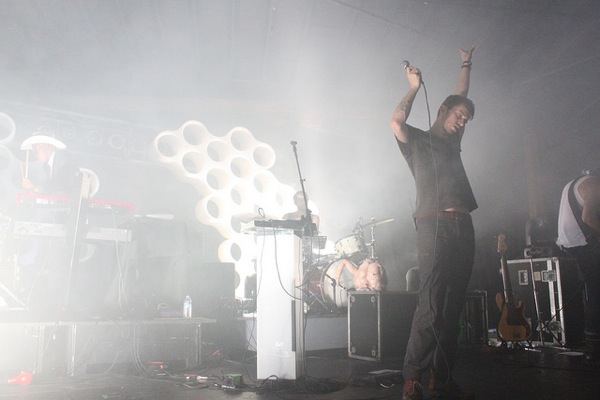 How do you feel about the rise in popularity of electronic music in America?

I feel like ever since bluesy rock and roll hit mainstream white America, there’s been a back and forth between real rock and roll and pushing technology. I can appreciate both sides. Personally, I’m interested right now in exploring different sounds, so the electronics become the medium. But in a couple of years, some new Strokes band will come out and it will be like “Back to basics! Rock and roll from the street, man!” And if it’s good songwriting, [none of this] really matters. But in order to progress, you have to be searching for new sounds. It’s been about amplified sound for a long time – as soon as the guitar was electrified it was: “It’s a new sound!” It’s about trying to find new sounds. But at the same time, there’s this really lame side of that which is all hip-hop sounding like European club music. That’s more because they’re trying to sell it to the world, and that world audience listens to crappy club music.

What would you say about Yeasayer’s future?

We don’t think about it like, “Let’s do our funk-disco album. Let’s do our ambient album.” But it just goes in phases of what your influences are, what you’re excited about. I’ll get excited about a certain sound and it will permeate all the recordings.

Lifetones, they’re an older band. Shriekback. The Dance, early ‘80s New York proto-dance-punk band. If you listen to them you realize they’re what everybody wants to sound like now. This guy Rodriguez. He’s this weird California Hispanic Donovan who only sings about drug dealing to the Hell’s Angels. 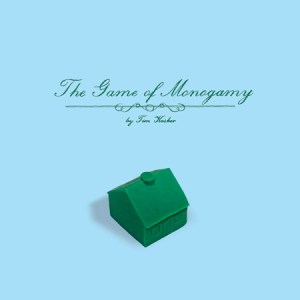