London-based garage-pop band Yuck has undergone a series of changes since releasing their self-titled debut in 2011. Namely, their frontman Daniel Blumberg left the group, leaving primary songwriter Max Bloom to step up and lead the band into the next phase of their career. Fresh of the release of their third album, Stranger Things, Yuck has settled into their new dynamic with a streamlined, fuzzy approach to rock. We talked with Bloom about his early days making music, how his songwriting process was affected by the departure of Blumberg and the myriad influences that inspire him.

How was music first introduced into your life?

I started playing guitar when I was about 8. I got a guitar for my birthday from Argos, which the equivalent of a Wal-Mart that only sells furniture and home stuff. I got a chord book, as well, and just taught myself. And every year I would just get a slightly better guitar for my birthday. I’ve always been more drawn to writing music than just learning a lot of technical shit. I’ve found it better to just find my own way of doing things rather than learning about diminishes and old metric chords and stuff like that.

The first song I ever wrote was on the first day I learned my first chords. I invited my family into the room, and I was like ‘Listen to this song I made.” I start playing it, and my sister just started laughing because it was just one chord. The whole song was made up of an E chord, which was the only chord that I knew. Then I stopped playing and felt embarrassed. Then I learned a couple more chords and was able to make it more interesting.

On Yuck’s first album, you did a lot of co-writing with Daniel Blumberg, but you take it all on yourself now. How did you handle that change in dynamic?

I mean, it doesn’t really feel different because even when we were co-writing together, it was always kind of done of on our own. It wasn’t a case of sitting in a room and collaborating; it was more like I would make an instrumental and maybe have a vocal line and send it to him and then make vocals. That was the way it worked, so it didn’t feel like that different of a process or change much to me.

Does it feel odd not to have someone to bounce ideas off of now, or do you just turn to the other band members for that?

I sort of figured out a way of doing things on my own. Music and vocals, for me, just happen at the same time. Whenever I make a piece of music on guitar, I would always hum a basic tune over the top and maybe just add some random words, and then I figure out the lyrics later. They do definitely contribute, but they do that in their own way. It’s collaborative in the sense that when we play it in a room together, we might figure out our own parts and add some parts. But the bare bones and the structure is always an individual process.

Did you stick to that process for Stranger Things?

Usually, yeah. I would play some chords, and if that doesn’t work, we’ll figure it out.  The first thing I do is block out the basic chords, and then if it sounds like a lead part, that’ll happen when I record a demo for it. Sometimes it helps to have a rhythm in mind or have the drums in mind. Especially for like a faster song, it feels like there’s a little more to draw upon.

Lyrically, do you pull from personal experiences, or do you like to tell others’ stories?

Definitely personal experiences. I think it’s quite a difficult thing to do, to tell a good story in three minutes. I’ve never been able to do that. I feel like I can only write about things that mean something to me or affect me and the people around me. I don’t really enjoy making up stories that don’t mean anything to me. I guess I find writing lyrics a little bit more cathartic than a piece of literature that’s disconnected from me.

What’s the most important thing about your process, to you?

The most important thing to me about writing songs is I don’t spend time on it. If it’s not happening within a half an hour, I put it away somewhere and figure it out later. I think songwriting should come from a subconscious place. If you’re thinking about it, then it ruins it a little bit. The best songs kind of flow, and I don’t think you should have to work on it. I think one chord should lead to the next. If it takes a year to write your next song, then that’s just what happens. You can’t force it to happen; you have to let it happen on its own.

Are you able to do much writing while you’re on the road?

I really can’t. I can’t write on the road. It’s such an intense situation, and it’s stressful. I need to be at home and chilling out rather than at a venue doing sound check.

Are there any songs on the album that you’re especially proud of?

I like “As I Walk Away.” There’s a song on the album called “Swirling” that I quite like. As whole, I’m just really happy with the record.

What was “Swirling” about for you?

I guess it’s about my experience with Daniel and the quite horrible personal situation I was going through at the time.

Does it feel good to vent about those experiences through your music?

I never really thought about it like that. I don’t particularly think about the fact that he’s not in the band every day. It is what it is. I can’t really change the past, so it’s not really something I think about.

What was the song selection process like for the album?

There were a few (songs) that didn’t make the cut, but it wasn’t a huge amount. It wasn’t exactly a painful process choosing the track listing. I enjoy the album as a format so much, and I love the artistic expressions of an album. When I write, I always think about the context of how that song would appear in an album. It’s like putting a jigsaw together. Songs happen in their own way and fall into place within the context of an album.

I really like George Harrison a lot. I really like Elliot Smith. He’s always one I go back to. Also, Big Star. What I love most about listening to music is a really, really great melody. I don’t really know what makes a good melody as such; Big Star always just resonated with me. I don’t really know why, but they’re just incredible songs and seem kind of naïve in a way. Particularly #1 Record opened different possibilities of songwriting.

There are a handful of bands that changed my life; bands like Pixies, Sonic Youth, Dinosaur Jr., Teenage Fanclub, Superchunk and Wilco. Jeff Tweedy is one of my favorite songwriters of all time, no doubt. I think he’s absolutely amazing with his sense of melody. There’s just something I find to be very emotional. I think that’s it. Oh, and I’ll say Neil Young, of course.

It’s interesting that you mention Big Star, as they’re overlooked by a lot of people. How’d you get into them?

I actually don’t know. I come from a really unmusical family; there was never any music in the house. I didn’t even know the Beatles for a really long time. I knew who they were, but never sort of got into them until was at an age where I could buy a CD. One big thing was that my old band (Cajun Dance Party) produced our record with a guy named Bernard Butler. He just gave me everything on his iTunes, so I literally worked through everything from A-to-Z. I think Big Star was on that.

He also had an extensive Joy Division and New Order collection, so I went through a huge Joy Division/New Order phase.  So they were really big, too.

There’s a few. I think the song “I Live for You” by George Harrison is pretty perfect; just ‘cause his touch on the slide is absolutely mind-blowing, and it’s just a very, very well-written song. It’s simple. I think with songwriting, I feel like my general ethos is less is more. I think the most simple songs are always most effective. What appeals to me about songwriting are very simple, beautiful melodies, lyrics and just one idea.

There’s a song by Elliot Smith song called “Everything Means Nothing to Me.” That song is really unbelievable and quite unreal. Also, I really like “Jesus, etc” off of Yankee Hotel Foxtrot by Wilco; that’s a really amazing song. I also really like “Bastards of Young” by The Replacements. That song always makes me feel really energized and excited. When we played SXSW, there was a band called Beach Slang that’s really influenced by The Replacements. I really liked them for that reason, but then they played a cover of “Bastards of Young,” and I was just so, so happy that they did that.

Also the first track on The Sophtware Swamp by Grandaddy, “He’s Simple, He’s Dumb, He’s the Pilot,” is one of my favorite opening tracks to an album. And there’s a song called “The Weather” by Built to Spill that I think is really beautiful, too. 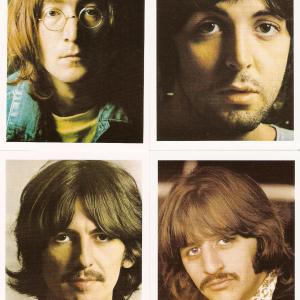 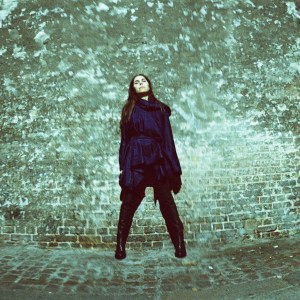