We do the work here at American Songwriter so you don’t have to. Distortion pedals can be a pretty tricky and elusive subject. With so many great brands and models on the market, which do you choose? Where do you start? I’ve chosen some of my time-tested favorites in a few different flavors and price points to give you a start:

There will be two Spiral Electric FX pedals on this list because they are so well-rounded, versatile, and useful plus just sound dang great. The Red Spiral is possibly the unsung wonder in their product line versus the Black Spiral and the Secret Chord which get so much press. However, the Red Spiral has the broadest amount of applications with a gain range that runs from mild to shredding. A collaboration with Chris Venter of Shoe Pedals, the Red has a three-way gain toggle for low, medium, and high, a three-knob tone pyramid that allows you to carve your sound further, and a peak control that can add mid-emphasis. This is an extremely powerful tool for chords and lead work and if you had to have only one distortion pedal this could cover a lot of bases.

Who doesn’t love a good Rat? It’s pretty hard to beat a Rat. It’s massive, it cuts through the mix, it’s very consistent from pedal to pedal, relatively inexpensive, and thanks to its filter tilt EQ you can sculpt it pretty drastically and yet still have something special, unique and identifiable. I mean, the Earthquaker Devices Sunn O))) pedal is based on a Rat at its core. That’s how big it can get when you stack it. If you want a more polished, boutique, and refined version, there’s also the 1981 Inventions DRV, which is the best Rat I’ve ever played. But be forewarned: the DRV has a built-in buffer so place it after wah and any germanium pedals.

Major players from Pete Townshend to David Gilmour have relied on Mr. Cornish for not only their pedal boards but a good deal of their pedals as well and with good reason. Expertly hand-crafted one at a time, all of his distortion boxes are supremely excellent but the GC-1 simply sings. It has some of the sweetest distortions, sustain, and harmonics I’ve ever heard with an incredible active EQ system to boot that sounds killer with single-coil as well as humbuckers. Yes, they are pricey. Yes, there’s a waitlist. Yes, they are somewhat exclusive but oh, so worth it. Built like tanks and they come with a lifetime warranty.

I haven’t changed my mind one bit in the six-plus months since my review of the Silver Linings for American Songwriter. It’s probably the best Marshall-style pedal/preamp on the market right now. If you can’t get a classic rock tone that summons the gods out of this pedal you may want to take the day off. It has all the power and roar of both modern and vintage stack sounds without losing any of the pick sensitivity. They also thoughtfully included a boost and preamp section in case you want to use it with your own impulse responses as an amp-in-a-box which is killer for mobile, grab-and-go recording. Very pedalboard-friendly size and extremely affordable.

Yup, here it is. Another Spiral Electric FX. But allow me the indulgence because while many might include the MXR Distortion+ (which is a classic and deserves to be on many lists), then I prefer the more refined Yellow. It rips, it roars, it grinds, it soars, it’s everything you want in a distortion pedal, and more. It has a six-position rotary knob which gives you access to different tonal flavors. Those flavors also work in conjunction with three types of clipping choices: 80n, 80n+LED and 80n plus silicon. That’s color and range than you could possibly ever need. Raunchier and slightly more unhinged than the Red Spiral this is a dynamic sound that so many records of the 90’s relied on and continues to inspire players today. This is the best version of that tone you know so well.

I had friends telling me about this pedal for years but it wasn’t until I finally got my hands on one that I realized what all the fuss was about. This. Is. Metal. It’s all analog, has a built-in noise gate, more EQ options than you could possibly ever need, two boost controls, an effects loop, a “depth finder” simulator of analog tubes, a de-fizzerator to remove unwanted high-frequency noise (very smart) and a preamp section built by the man who designed Eddie VanHalen’s amps. What more could you ask for?

Zachary Vex just builds super solid, effective tools for the working musician. He doesn’t fuss around and you can be sure when he releases a pedal it’s been tested in all environments and it’s tuned perfectly. That’s the Box of Metal. It’s the heaviest pedal he makes and he isn’t messing around. Volume, bass, mid, treble, drive, and gate controls give you ample tools to conjure just about any tone you could imagine. The drive can also be very useful turned down and you can get a classic rock sound out of it easily but if you really want to shake the walls, well, it’s in there. Awesome. No wonder Nels Cline is an enthusiastic user.

What’s not to love about the DS-1? Time-tested and used on hundreds and hundreds of professional recordings since its release in 1978, it’s a classic for a good reason: it covers a ton of ground. With just three controls: tone, level, and distortion, it can range from zippy, overdriven leads to crunchy, grunge, heavy doom chords and it’s built tough and extremely reliable. A no-brainer.

BUY AT SWEETWATER
BUY AT GUITAR CENTER
BUY AT REVERB

I’m a huge fan of Tanabe’s work and he builds each pedal one at a time by hand in his small workshop in Japan. His Dumkudo pedals are absolutely the best Dumble-style pedals I have heard but the Super Dumkudo is two Dumkudo’s stacked in series and employs simply on-and-off bypass thus you get the full roar or nothing, as opposed to his Twin Dumkudo’s which have separate channels that can be stacked or used separately. The coolest feature of Tanabe’s pedals is he gives you the option for Fender (Dumble-style), Marshall, or Zenkudo (ZenDrive) via three-position switches on the back so the Super Dumkudo is slightly more versatile than just on or off full-roar. However, this is one massive pedal and the voice and tone options put it over the top. The dollar is very strong against the Yen right now so an even better deal than usual.

The Tech 21 Comptortion combines compression and distortion which provides you with a broader range of sounds and tones than you might expect from just four controls like comp, torsion, tone, and level. You can use the compression or distortion separately but it’s when used together that the character of this pedal stands out from the rest. From clean boost to light overdrive to smooth crunch to completely squashed and aggressive, the Comptortion covers it all and sounds terrific in the process.  Tech 21’s pedals always sound terrific to me and are somewhat unheralded at times in the effects game but don’t sleep on this one. It is a great choice for any guitar style from pop to metal and I like getting three pedals in one. 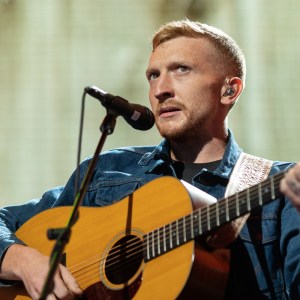 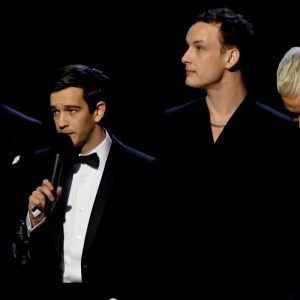