Ah, the dreaded second album…the possibility of the sophomore slump befalls any artist that sees success with their debut. When your buzz reaches unimaginable heights right from the beginning of your career, the weight of following it up with something equally as stellar leaves many artists floundering under the weight.

Though succumbing to the sophomore slump isn’t an assured career killer, we venture to guess that those who have made it out the other side would rather have avoided that caveat in an otherwise lauded career.

Of course, not all artists find themselves in a slump, some end up delivering work that is even more exceptional than their debut. From Nirvana to Carole King, we’ve compiled a list of such artists below as an assuage to any musicians out there: you too can beat the sophomore slump.

Nirvana had the freedom of still being relatively obscure by the time their second album rolled around. Their 1989 debut, Bleach, was picking up fans for the group in Seattle’s grunge scene, but outside of the Pacific North West, not many knew the name Nirvana.

Nevermind changed the trajectory of the group entirely. The 13-track album was a marvel—a cultural phenomenon. With “Smells Like Teen Spirit” and the controversial album cover paving the way, the three-piece became household names. Though Nirvana didn’t find themselves in the typical sophomore slump environment (given that their debut didn’t make massive waves), Nevermind was a force that still lives in the hearts of many a rebel today.

After the release of their debut, Pablo Honey, many Radiohead fans were wanting for more of the same. With “Creep” being such a hit, why mess with what works? For Thom Yorke and co, the answer to that question was “to make one of the greatest alternative records of all time.”

Their sophomore album, The Bends, saw the group take unexpected routes. It was a different sound for them but it ended up being a welcome one. “Fake Plastic Trees” is undoubtedly one of Radiohead’s best songs. Elsewhere “Bones” and “Street Spirit” stack up to anything the band did before or since.

Most of Bob Dylan’s debut album was folk standards. While he proved himself to be a singular voice in the movement, it didn’t highlight what Dylan does best: pen his own lyrics.

His second album, however, became his first major songwriting effort—one that got him labeled “Spokesman of a Generation.” His clever lyricism was on show for all to see in tracks like “Don’t Think Twice, It’s Alright” and “Blowin’ in the Wind.” With his sophomore record, he proved he was more than just another guitar-toting, aspiring folkie in Greenwich Village—he was a formidable force in music as a whole.

4. Back to Black (Amy Winehouse)

Amy Winehouse’s debut, Frank, easily stuck out in the horde of bright, bubblegum pop in the early ’00s. Her jazz-stepped sound harkened back to days gone by, albeit with a 21st-century edge. She established herself as one to watch with Frank but became an outright icon with her second effort, Back To Black.

Cover to cover, there isn’t a throwaway song on Back To Black. Winehouse didn’t posture a lick. Instead, she faced the world as the unabashed, at-times messy woman that she was. That same sensibility found its way into the songs of Back To Black. She struggles with addiction in “Rehab.” She faces loneliness in “Wake Up Alone.” She plays the homewrecker in “Just Friends.” It was an album that left the record industry fumbling around for the next decade trying to capture the same magic that she found innate.

Phoebe Bridgers’ 2017 debut, Stranger In The Alps, found a niche success. Though it has picked up traction now (mostly thanks to the success of her second album), her praises were mostly sequestered to her cult following.

Her sophomore effort, Punisher, arrived just in time—amid the pandemic when everyone was stuck at home. With its haunting ballads and hard-hitting lyrics, the album became the perfect backdrop for those slow and introspective months. The bar is high for Bridgers’ third solo effort, but she seems to have no trouble maintaining the caliber of her reputation.

Good Kid, m.A.A.d City saw Kendrick Lamar move up from an underground talent to a mainstream star. Signing with Interscope records gave him the budget he needed to augment his sonic experience. The strength of his songwriting didn’t falter a bit from Section.80—in fact he superseded it.

The album has long been considered one of the best hip-hop records from the modern era. The uncensored story about life in Compton earned the rapper four Grammy nominations.

Though you may curse them for it now, “Wonderwall” (among other hits) on (What’s the Story) Morning Glory? helped skyrocket Oasis into international fame.

Though their debut album, Definitely Maybe, was a pioneering movement in Britpop, it failed to take them outside the borders of the UK. Its follow-up had a laser focus. Noel Gallagher hit his songwriting stride and produced a number of the group’s biggest hits—”Champagne Supernova” and “Don’t Look Back in Anger.” Their lofty goal of becoming “the biggest band in the world” was well within their reach after releasing this album.

Madonna’s self-titled record is one of the greatest debuts of all time. Like a Virgin, however, proved she wasn’t going anywhere anytime soon. “Material Girl” and “Dress You Up?” These are ’80s classics that only Madonna herself could’ve bolstered.

With Like a Virgin, Madonna achieved the pop diva status she deserved. Girls were donning disheveled wedding dresses, and fingerless gloves, secretly acting out the sultry choreography to the title track. The album was iconic to the core.

Though at the time of its release, Astral Weeks failed to reach the same heights as Van Morrison’s debut album, Blowin’ Your Mind, it has been looked on more favorably in hindsight—perhaps even preferred.

For his second effort, he brought in some more warbly, soulful elements that stood in stark contrast to his first album’s pure pop tones. Morrison purists have long cited the album as his best effort. This album only gets better with age.

Tapestry is King’s most lauded album. Boasting four Grammy victories, there is no competition between her first album, Writer, and Tapestry. The album proved King’s incomparable songwriting ability and created a new bar for singer-songwriters of the era.

The 12-track album produced more than a few timeless tracks—”You’ve Got a Friend,” “I Feel the Earth Move” and “(You Make Me Feel Like) A Natural Woman” to name a few. As a testament to the power of this record, artists like James Taylor and Barbara Streisand were covering these songs while King’s original versions were still on the charts. 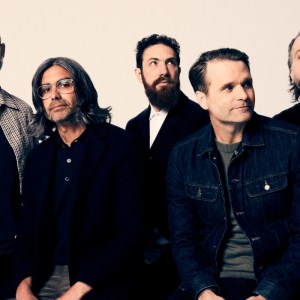 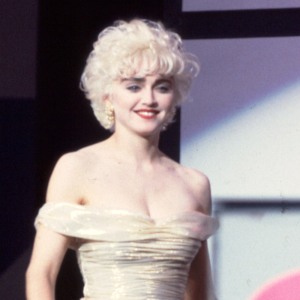