He was the “Prince of Soul,” the “Prince of Motown.” Helping shape the sound of Motown as a session drummer for groups like The Miracles and The Marvelettes, recording duets with Mary Wells, Diana Ross, and Kim Weston, and penning hits for other artists, including Martha and The Vandellas, Marvin Gaye soon began writing and producing his own songs from the ’60s through early 1980s.

Also recording hits written by songwriting legends like Norman Whitfield and Barrett Strong (“I Heard it Through the Grapevine”), Smokey Robinson (“Ain’t That Peculiar”), and the trio of Brian Holland, Eddie Holland, and Lamont Dozier (“How Sweet It Is (To Be Loved by You)),” Gaye penned his own chart-toppers. Those include the 1963 releases “Pride and Joy” and “Hitch Hike,” his groundbreaking album What’s Going On in 1971 (also listed in the National Recording Registry), the No. 1 hit “Let’s Get It On” in 1973, and his final hit, the Grammy Award-winning “Sexual Healing,” released on his 17th and final album, Midnight Love, in 1982.

Gaye, who died tragically in 1984 at the age of 44, was posthumously inducted into the Rock and Roll Hall of Fame in 1987 as well as the Rhythm and Blues Music Hall of Fame and the Songwriters Hall of Fame. His catalog of songs has been covered by everyone from Diana Ross, Kate Bush, The Strokes, James Taylor, Aretha Franklin, and others.

In between his own catalog of hits, here are four songs Gaye wrote for other artists to record.

Pulled from the now-defunct telephone exchange names of telephone numbers, “Beechwood 4-5789” was released on The Marvelettes‘ third album, Playboy, in 1962. Produced by William Stevenson, who is also credited as a co-writer, the song also features Marvin Gaye on drums. The Carpenters also made “Beechwood 4-5789” a hit later on when they released their own rendition of the song in 1982.

I’ve been waiting, standing here so patiently
For you to come over and have this dance with me

2. “Dancing In The Street,” Martha and the Vandellas (1965)
Written by Marvin Gaye, Ivy Hunter, and William Stevenson

Off Martha and the Vandellas’ 1965 album, Dance Party, “Dancing In The Street” reached No. 2 on the Billboard Hot 100 chart. The song became a signature track for Motown and for Martha Reeves and The Vandellas with everyone from Little Richard, Mamas & the Papas, Grateful Dead, The Kinks, Van Halen, The Struts, and more giving the song a whirl as a cover over the decades, including David Bowie and Mick Jagger’s No. 1 duet in 1985.

The song took on two different meanings. On one end, “Dancing In The Street” was used as a song of protest and as a civil rights anthem by many young black demonstrators, while Martha Reeves said the song was also just meant to be a party song.

Though the Motown vocal group hit it big with their 1966 hit, “Heaven Must Have Sent You,” written by the team of Lamont Dozier and brothers Brian and Eddie Holland, The Elgins had more success throughout the 1960s. Given their name “Elgins” by Motown Records founder Berry Gordy—a name that was used briefly by The Temptations—the group released more sweet-talking tunes, including one written by Marvin Gaye called “When You Are Available.”

Peaking at No. 12 on the Billboard Hot 100 and No. 4 on the Hot Black Singles chart, “The Bells” was one of four songs Marvin Gaye wrote for R&B soul group The Originals. First writing their 1969 hit “Baby I’m For Real” with his then-wife Anna Gordy Gaye, Marvin Gaye went on to write “The Bells” and “We Can Make it Baby,” both released in 1970. 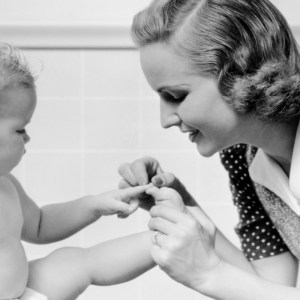 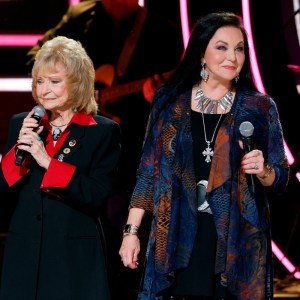