One of Shinedown’s earliest — and most popular tracks — is “45”. It was also one of the first songs written as a band, before they even came up with the name Shinedown and one of frontman Brent Smith’s first songs of his professional career.

The single was the second from their debut album Leave A Whisper which also featured the single “Fly From The Inside”, both of which held top 5 spots on Billboard’s Mainstream Rock charts.

Tied to the powerful image of a firearm, “45” quickly rose to the occasion, going platinum and put Shinedown on the map for rock music in 2003, but due to the unintended controversy of the song, the video was also banned on broadcast providers like MTV.  Smith never understood that decision, as he explained, the song was never about a gun.

“It’s misunderstood in a lot of ways,” Smith told American Songwriter. “And I’ll never forget when the song came out, it was our second single from the album and it was banned from MTV because of the video and lyric subject matter. And I was like ‘why? When it actually had nothing to do with a gun’.  The 45 was a metaphor for the world and ‘staring down the barrel of a 45’ was about staring down at this planet and what it throws at you, how you have maneuvered through your life.”

“It’s also about reflection and it’s a coming of age story,” he added. “I’m singing the song and talking about myself but it’s also a rebirth, coming into adulthood, realizing some of the stuff maybe your parents kept from you to give you a childhood before you had to face the world. It’s really an example of how life is give-and-take.”

“I remember the vocals on that song, at the time we recorded it about 2001-2002, that vocal was a demo vocal, it was done in a garage with a makeshift door into another kind of studio room in a house in Florida,” he said. “I sang that song in a garage with the smell of lawn equipment, gasoline and all kinds of stuff-just put a mic out there with a popper stopper and that’s what it was.  It was the middle of July so it was about 110 degrees inside the garage and I was just pouring sweat and that’s the vocal you hear.”

During that time in the early 2000s, when Smith was barely 21 years old, “45” was the deepest song he had ever written. He had been playing music and writing since he was 10, but he never wrote anything like “45”.  When asked why he chose a gun to illustrate the metaphor he simply admitted he did need a powerful image and that it did carry some weight due to the unfortunate fact he had a few friends who met their demise by their own hands in that way.

Considering the weight and emphasis on metaphors in the song, Smith also considered certain words and imagery when writing the verse lyrics: ‘In a box/high up on the shelf/left for you/no one else.’

“The box is your memories, the things in your life you’ve kept very close like a diary,” he explained. “But you know with songwriting the word diary did not fit, I needed something more dramatic and that’s where the box came from. You can put your memories in this box and pull it down when you need to remember but there’s a certain time in life when you have to let the box go. You don’t forget it but you got to let it go to move on.”

Seeing countless “45” tattoos and hearing fan stories, over 15 years later, Smith is still amazed at how many fans are still connected to the song.  Having played and talked about the song so many times, surprisingly Smith was more than thrilled to talk about it once more.  Playing and talking about “45” isn’t for him, it’s always for the fans, he explained.  And he always tries to bring his all every time Shinedown plays it, recalling the initial energy he had while recording it almost two decades ago.

“Every night when we play it, I look at everyone’s faces from the front row to the person way in the back and I take myself back to the day I was in the studio,” Smith said. “A lot of those people in the audience, it might be the first time they hear that song live or they might have been waiting to hear it. So, I just remember the day I wrote it and sang it and try to bring that conviction on stage.”

Since “45”, Shinedown has recorded over six studio albums and continues to be a driving force in the rock scene. Most recently the band released the single “Atlas Falls” which donated all proceeds towards Covid-19 relief efforts. 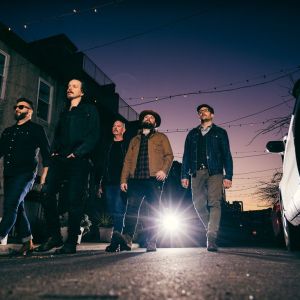 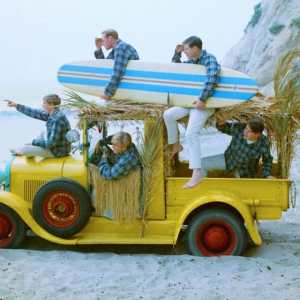