The first question asked of Brent Smith, lead singer of Shinedown, about the band’s new album Planet Zero, a fiery epic that’s delivered as sci-fi but is actually a trenchant dissection of the surreal and fractured state of our very own world, was this: Which came first, the songs or the concept?

“The pandemic came first,” he laughs. “It was so interesting coming off the last album, Attention Attention, which was a story album and a conceptual piece, and you move into 2020 with everything that occurred. I remember arriving with [Shinedown bassist] Eric [Bass] in South Carolina right around June of 2020 and him looking at me and saying, ‘Man, it feels like we are on Planet Zero.’ For a band that didn’t intend to make a conceptual piece again, we probably made the most conceptual piece of our career with this new album.”

Shinedown has risen to the top of the hard rock genre because of its willingness to swerve into territory from which other artists might shrink. The group emerged from Jacksonville, Florida, at the start of the millennium as Smith hand-picked the original lineup, one which underwent a few changes before settling on the current quartet of Smith, Bass, guitarist Zach Myers, and drummer Barry Kerch. No band has ever dominated the mainstream rock charts as they have, with a streak of No. 1s in that genre that shows no signs of slowing down.

As Smith explains, that success has always been a byproduct of unwavering loyalty to the fans who gravitated toward their intelligent, uncompromising rock. “Anybody that knows this band knows that for us, we only have one boss, and that boss is everyone in the audience,” Smith says of the Shinedown credo. “The listeners are a huge part of what we do.”

As a result of that edict, there was no way that the band could simply ignore either the pandemic or the polarization of society that seemed to rise in its wake. “For us, it was taking a step back and understanding that the pandemic [was] a huge factor, because it was the first time in our lifetime where we were dealing with something where everyone on the planet was dealing with it at the same time,” Smith explains. “It wasn’t like it was isolated into one area and the rest of the world was OK.”

Initially, the band tried writing songs as if the pandemic was going to be a short footnote in history. “The idea was trying to have a crystal ball mentality of writing, which is what we tried in the beginning,” Smith says. “Let’s try and write like it was three years from now because nobody is going to want to go through this and remember this. What was happening was that it wasn’t getting any better. The polarization started and the human disconnect began. The frustration began.”

Thus, the dystopian concept of a world where thought is policed, and conformity is encouraged grew in the songwriting sessions. In part, the band was responding to the individuals who were getting lost in the shuffle of this world-altering event. “A lot of this record is about we have to work with one another no matter what,” Smith explains. “We don’t want people to bow to chaos. What we want people to understand is you all have to listen to each other; even if you disagree with each other, you have to let the other side speak. That doesn’t necessarily mean that you’ll agree, but you may learn something from each other, and it should be vice versa.

“Also, if you do see people that are on bended knee, don’t walk past them, pick them up and get them back in line. Give them their confidence back. It really is up to us to move forward. And that’s what a lot of Planet Zero is about.”

As Smith mentioned, the previous Shinedown record, 2018 Attention Attention, was a concept album of sorts, focused on one person’s journey to mental and emotional health. In the interim, he and Myers stepped out for a double EP of covers and originals that dialed down the heavy rock elements and showcased their melodic dexterity. By the time that project was released in October 2020, Shinedown was already hard at work on what would become Planet Zero.

But that first required some innovation on their part. Because of the pandemic, getting into a commercial studio was going to be a difficult proposition. Hence, Bass, who acted as a jack-of-all-trades on Attention Attention by producing, mixing, and co-engineering the record and would perform the same roles on Planet Zero, spearheaded the building of a new studio in just 18 weeks. While that was going on, the band entered into intense songwriting sessions, as much as 18 hours a day according to Smith.

They made sure to lead with humanity in those songs. “The whole record was about the human condition,” Smith says. “You can’t lose the human connection. We touched on this same ideology on Attention Attention, but this is on a totally different level. Because the world was turned upside down for two years. Even now, we’re in the middle of the possibility of a recession. People are afraid and they’re wondering what’s going on.”

By sticking to how current events have affected the individual trying to make sense of it all, Shinedown ensured that Planet Zero wouldn’t run the risk of seeming dated. “The relevancy of the album comes from the fact that what you can’t give up on is each other,” Smith says. “You can’t quit on one another. It doesn’t matter whether you’re a man or a woman, whether you’re younger or older, the color of your skin, or your religion. That should be irrelevant. Who you are as an individual is what makes you an original.”

To render the potent emotions and raw feelings present on the album, the band created some of the fiercest music of their career to date. Songs like “No Sleep Tonight,” “America Burning,” and “The Saints Of Violence And Innuendo” thrash away with serrated guitars and thunderous rhythms. That approach was purposeful by the band, as the tracks are intended to alert the masses with Smith bellowing out lines like Speak up or they will bleed you dry and They’re murdering our heroes.

Smith said the approach proved as cathartic for the band performing the songs as it might be for the listener hearing them. “It was liberating in a lot of ways,” he admits. “There was no censorship. Not that there’s been any censorship on other Shinedown records, but those records were just a different moment in time. A lot of Planet Zero is a warning. Granted, it’s our opinion, but we’re educated in what’s going on. We didn’t dance around the subject matter. We needed to be bold about where we were coming from. We didn’t want to sugarcoat anything and we wanted to be very real about it.”

Planet Zero succeeds in large part because it occasionally pulls back from the pummeling for moments of tenderness and empathy. “Dysfunctional You” touchingly encourages individuality, while “A Symptom Of Being Human” is a pretty, folky ode to outsiders everywhere. “I think about people and how they can stand in the modern day, just with their own psyche and how people view them,” Smith says. “Stay true to who you are.”

The record’s diversity shows up in the sarcastically catchy “Sure Is Fun,” which imagines Armageddon arriving while a distracted populace completely misses the signs and omens portending the destruction. Closing track “What You Wanted” kisses goodbye to the world Shinedown has created with an operetta-style arrangement that Smith and Bass conjured entirely from the GarageBand app on their iPhones. “We’re not here to make the same record over and over again and we’re not here to write the same song twice,” Smith says of the stylistic curves on the record. “It’s just not who we are. We took this opportunity to be extremely bold, to be very honest.”

Connecting the themes of the album proved tricky, until a last-minute innovation by Bass. Tasked with coming up with something in 72 hours because of a scheduled date with legendary engineer Ted Jensen to finish off the record, he created the character Cyren, an A.I. being who acts as a host to this insidious planet. As the album progresses and the populace starts to get antsy, Cyren’s authoritarian pronouncements become increasingly sinister and threatening.

When Bass, Smith, and Jensen sat down to hear it all together, they were all stunned. Smith recalls, “In the first run-through where we had it all locked in and we listened to it for the first time all the way through, I remember Ted turning around and looking at me and Eric and saying, ‘This is almost like a historical document.’ Which was a crazy thing to hear him say. He said, ‘Back in the day, in the ’60s and ’70s, the musicians of the time were the historians. And that’s not unlike what you’ve done here for modern day.’ Coming from a guy like Ted, it meant a lot. For him to say that to us was very sobering.

The Band and the Fans

Shinedown might be going out on a bit of a limb with some of the topics on Planet Zero, but they’ve built up enough trust with their audience that they can take those risks. Case in point: their decision to push back the initial release of the album a few months (it finally came out on July 1) because they learned that all the vinyl wouldn’t be ready for the original release date.

“We listen to our audience,” Smith explains of the decision. “We’ve continued to listen to our audience for two decades. A Shinedown record is an experience, not just the music but what we put into this artwork and the experience of opening this up and listening to this album and everything that’s inside of it. It’s supposed to be a journey.”

Expect the band’s fans to continue to follow them on their journey going forward, and expect Shinedown to continue to reciprocate that appreciation. “When it comes to the subject matter and it comes to the songs and it comes to the way we do things, our audience, whether they’ve been there since the beginning or they’re just finding out who we are, there is so much respect from them,” Smith reiterates. “They run the show. They’ve given us a platform to be ourselves because they know that we want them to embrace who they are. They’ve always allowed to us evolve.” 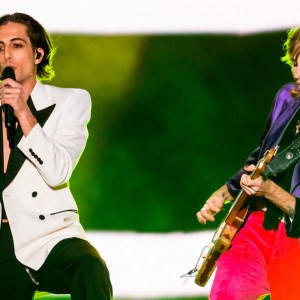 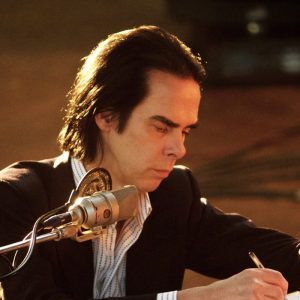