Finding it difficult to sleep the night before U2’s Wembley Arena show on June 2, 1987, Bono put on the Blue Velvet soundtrack, waking in and out of consciousness to one of his favorite songs on the album—Roy Orbison’s “In Dreams.” Originally released in 1963 as the title track of Orbison’s fourth album, “In Dreams” stuck in Bono’s head, and the next day he started writing the song “She’s a Mystery to Me” while obsessively talking about Orbison to the band and anyone who would listen. Following the band’s Wembley performance, Orbison came backstage to greet U2.

“I didn’t know he was at the show,” said Bono of their serendipitous meeting. “Nobody had told us he was coming.” When Orbison asked him for a song, Bono took out his guitar and played him “She’s A Mystery To Me.”

This chance encounter was one of many collaborations for the U2 frontman, who had already co-written a catalog of hits with the band—”Sunday Bloody Sunday,” “With or Without You,” “One,” “Where the Streets Have No Name,” “I Still Haven’t Found What I’m Looking For”— and has found inspiration for songs in some of the unlikeliest of places, from a chance meeting with Tom Jones in an Irish pub to writing a James Bond theme song for Tina Turner, through the tragic attacks in and around Paris in 2015.

Often writing with U2 bandmate the Edge and long-time friend and producer Simon Carmody, formerly of the Irish band Golden Horde, Bono has co-written a number of songs for other artists—everyone from fellow Irish artists Sinead O’Connor and the late Dubliner Ronnie Drew to Willie Nelson and others—over the past 30-plus years.

Here are nine songs the U2 singer wrote for other artists since the late ’80s.

Released on Roy Orbison‘s final, posthumous album, Mystery Girl, this moodier ballad, telling of a captivating love just within his grasp, also inspired the title of the album and was released as the second single in March of 1989. Orbison’s 22nd album, Mystery Girl was recorded in November 1988, just one month before his death at the age of 52 on Dec. 6, 1988, and also includes contributions by his Traveling Wilburys bandmates George Harrison, Tom Petty, and Jeff Lynne, Tom Petty as well as Elvis Costello and T Bone Burnett.

Originally meeting after U2’s Wembley Arena show in 1987, Bono and Orbison continued to work on the song on several occasions in Los Angeles.

“Later when I was in Los Angeles I met him a few times and we started off a few things together,” said Bono. “And his family opened up to me, were very good to me. I found him to be a very wise man, he had a lot to say. He seemed to be a man who was incredibly surprised at his own talent. I mean, he had the voice of an angel, and, well, now he is one.”

2. “You Made Me the Thief of Your Heart,” Sinéad O’Connor (1994)
Written by Bono, Gavin Friday and Maurice Seezer

Written for the soundtrack of the 1993 film In the Name of the Father, starring Oscar-winning actor Daniel Day-Lewis, “You Made Me the Thief of Your Heart” was performed by Sinéad O’Connor, who recorded the song singing to a doll in a candlelit room at STS Studios in Dublin, Ireland. Produced by Tim Simenon, the stirring “You Made Me the Thief of Your Heart” later appeared on O’Connor’s compilation album So Far… The Best Of in 1997. Bono and Gavin Friday also wrote the title track along with “Billy Boola,” which they both perform on the soundtrack.

Released after Ronnie Drew left The Dubliners in 1995, the Irish singer offered up a more rock sound on his solo album Dirty Rotten Shame, which includes “Drinkin’ in the Day,” a reflection on youth, love and more carefree days, featuring the poem “Clearing A Space” by Brendan Kennelly in the first part of the song. Produced by Keith Donald, formerly of Moving Hearts, the album also features songs written by Elvis Costello, The Pogues’ Shane MacGowan, Mark Knopfler, and more.

So spend your youth on poetry, and spend your cash at play
Each line upon my face is for a girl who went away
A kiss, a song, are fleeting things and fame will always stray
So I’ll tell the truth, the best spent youth, is the one you give away

The theme for the 1995 James Bond film GoldenEye, the song, performed by Tina Turner, was released  Nov. 6, 1995, and reached No. 2 on the Billboard Bubbling Under Hot 100 chart. Produced and mixed by Nellee Hooper, who had worked with Madonna, U2, Björk, and more, the song was also featured on Turner’s 1996 album Wildest Dreams.

See him move through smoke and mirrors
Feel his presence in the crowd
Other girls they gather around him
If I had him, I wouldn’t let him out

Goldeneye, not lace or leather
Golden chain, take him to the spot
Goldeneye, I’ll show him forever
It’ll take forever to see what I’ve got

Director Lian Lunson, who would later direct Willie Nelson in the 2018 film Waiting for the Miracle to Come (see below)—featuring another song co-written for him by Bono—first met the country legend in the 1990s when they worked on Nelson Down Home, a documentary covering the artist’s visit to Ireland to record a song that U2’s Bono and Edge wrote for him, “Slow Dancing,” off his 2003 album The Essential Willie Nelson.

“Slow Dancing” is a tender ballad telling the story of the desolation of unrequited love.

My love is cruel as the night
She steals the sun, and shuts out the light
All of my colors turn to blue
Win or lose

Scarlet eyes and a see-through heart
I saw it comin’ right from the start
She picked me up, but had me down on my knees
Just a’ beggin’ her please

My love is restless as the wind
She moves like a shadow across my skin
She left with my conscience, and I don’t want it back
It just gets in the way

French singer Johnny Hallyday enlisted Bono and Carmody to write the final track on his 2007 album Le Cœur d’un Homme (The Heart of a Man), a mix of covers and originals. “I Am the Blues” was one of few songs Hallyday has sung in English.

I talk real sweet, I talk real slow
I’m the voice you’ve loved on the radio
A pirate with a breast of gold
That stuff makes slaves get bought and sold

Help me, help me realise
I just forgot the colour of my own eyes
All we do is hurt and break, and bruise

When Bono and Tom Jones start drinking in an Irish pub, there’s a song to be made. The pair’s chance encounter, in a pub in Dublin, sparked the track “Sugar Daddy,” off Jones’ 2008 album, 24 Hours. Produced by the duo Future Cut (Lily Allen, Estelle, Kate Nash), the song reflects the cheekier side of the Welsh artist:

“It was almost like he was interviewing me,” said Jones of working with Bono.”He said, ‘Tell me about yourself. What was it like growing up in Wales? What interested you?’ We sat down for a couple of hours and next thing you know, I saw him a few months later in London and he had the song written. Bono told me, ‘There is a lot of you in the song.’ I said ‘Do I get a writer’s credit?’ He said ‘no.'”

Off Italian blues-rocker Zucchero Fornaciari’s 13th album Black Cat, “Streets of Surrender (S.O.S.)” is another Bono-Carmody co-write and features Dire Strait’s frontman Mark Knopfler on the recorded version. “Streets of Surrender” is a soulful ode to the city of Paris. Bono wrote the song as a dedication to the victims of a series of suicide bombing attacks in Paris and its northern suburb of Saint-Denis on Nov. 13, 2015, which included an attack on crowded cafes and restaurants in the capital, another outside the Stade de France in Saint-Denis during an international football match, and the third during the Eagles Of Death Metal concert at the Bataclan theatre, which killed 90 people.

It was winter but that warm it gets before the snow
It froze my soul
I’m crying, crying ’bout some kid that they found
Lying on a beach, born in a manger

What started out as a demo for U2, ended up being featured in the film Waiting for the Miracle to Come. “Where the Shadows Fall” is a somber ode to family, sung by Willie Nelson. Executive produced by Bono and German filmmaker Wim Wenders, and directed by Lian Lunson, who previously worked with the country artist on Nelson Down Home in the mid-’90s, Waiting for the Miracle to Come was written for Nelson, and stars the country music legend as a retired vaudeville star and also stars Charlotte Rampling and Sophie Lowe.

Co-written by Bono and long-time collaborator Simon Carmody, the song also features Bono singing backing vocals in the chorus. The film was released in honor of Willie Nelson’s 86th birthday. 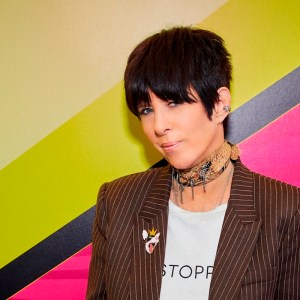