Swedish pop quartet ABBA have revealed the release of the new album, Voyage, out Nov. 5, the group’s first in 40 years, a Spring 2022 holographic concert in London and upcoming tour, and new singles “I Still Have Faith In You” and “Don’t Shut Me Down” during in a livestream broadcast from the group’s hometown of Stockholm.

“Thank you for waiting,” said ABBA in a statement. “It’s time for a new journey to begin.”

The livestream, which started with different montages showcasing the foursome’s nearly 50-year history and interviews with fans and the original founding members Agnetha Fältskog, Anna-Frid Lyngstad (Frida), Björn Ulvaeus, and Benny Andersson, also gave a behind-the-scenes look at the holographic element of the group’s upcoming concert, filmed at Ealing Studios in West London in 2020 and produced by ILM studios. The show will feature ABBA’s avatars accompanied by a 10-piece live band, in a custom-built arena at Queen Elizabeth Olympic Park in London.

Following up the band’s final release together, their eighth album The Visitors in 1981, ABBA said that the main inspiration for regrouping and recording four decades later was to create “the strangest and most spectacular concert you could ever dream of.”

“We simply call it ‘Voyage’ and we’re truly sailing in uncharted waters,” says Andersson of the new ABBA project. “With the help of our younger selves, we travel into the future. It’s not easy to explain but then it hasn’t been done before.”

Kicking off the livestream were videos of the group’s “super fans” from around the world in Brazil, Iceland, Germany, New York, Austria, and a report from the ABBA museum in Stockholm hosted by Swedish journalist Jan Gradvall.“Even during the punk years, I always came back to ABBA,” said Gradvall, who added that the first record that he ever bought was ABBA’s second album Waterloo (1974) when he was 9 years old. “Abba is perfect pop. No one does pop in its truest form better than Abba… Abba’s songs appear to be simple, but they are so complex.” (edited)

“I have been waiting for ABBA’s comeback since I was a teenager,” said one fan from Rio De Janeiro. “I never expected this to happen,” added Swedish fan Terese Wedelin, who added that if there was one word to describe ABBA it would be gold. “They put a golden edge to my life, and to the world.”

Dubbing their new project “Abba Voyage,” the group first teased their announcement on Aug. 26 by launching their website and joining TikTok several days later on Aug. 30, pulling in millions of streams within 24 hours after posting a piano instrumental of their hit 1976 hit “Dancing Queen” with several other posts to follow, including black and gold artwork for the Voyage project, and a quick tour of their recording studio (ending with a clip of Björn Ulvaeus and Benny Andersson sitting behind a soundboard), and a portion of the “Dancing Queen” music video.

“It’s hard to say what’s been the most joyful thing for me with this project,” says Andersson. “If it’s the involvement in creating the concert together with everyone or being back in the studio together again after 40 years. I think hearing Frida and Agnetha singing again is hard to beat. When you come to the arena you will have the four of us together with an absolutely glorious 10-piece band. And even if not in the flesh, we will be right there.”

The band made up of the two former couples of Fältskog and Ulvaeus and Lyngstad and Andersson, initially started recording in 2018 and have not formally performed together in more than 30 years, with the exception of an impromptu singalong at a gala in Stockholm in 2016.

“When we got back together in the studio I had no idea what to expect, but Benny’s recording studio is such a friendly and safe environment, and before I knew it I was really enjoying myself,” said Fältskog. “I can hardly believe that finally, the moment has come to share this with the world.”

Lyngstad added, “Those first sessions back in 2018 were such fun and when Benny called and asked if I’d consider singing some more I jumped at it—and what songs!! My respect and love go out to these exceptionally talented, truly genius songwriters! Such joy it was to work with the group again. I am so happy with what we have made, and I dearly hope our fans feel the same.” 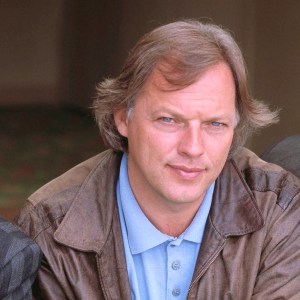 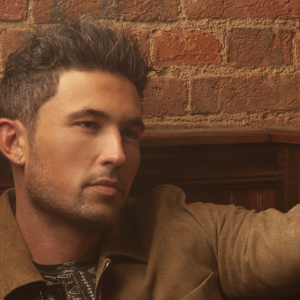