Adrian Gronseth, a Los Angeles-based songwriter and musician, won the July/August lyric contest with his song “Highway Sky.” Below, we chat with Adrian about the song.

An old town in the rearview mirror and a new city up ahead.  Long, lonely drives up and down Highway 101. A broken relationship and a Neil Young song on the radio. I guess it falls in the long tradition of hit-the-road highway songs, and I was spending a lot of time behind the wheel. If I was a muse man I’d chalk it up to Janus, the god of transitions.

When did you write it? How long did it take to write?

I wrote it last fall, during a creative spurt that birthed a batch of new songs. It started with the opening lines and a simple harmonica melody, and once I wrote the first verse, the rest of it flowed pretty easy. But it had been gestating for a long time, several years actually, and I needed to clock certain miles on the odometer before putting it down.

Do you write mostly in the country or Americana vein?

My musical wellspring is a messy mix of rock and roll, blues, folk, and jazz, but I think genre distinctions can be limiting.  I’ve always loved certain songwriters (Steve Earle, Willie Nelson, Gram Parsons) who straddle that Americana line, but whose repertoires are too broad and exploratory to be neatly compartmentalized. A couple years ago I picked up a used copy of The American Songbag, and I think the classifications that Carl Sandburg used to divide his book — “Hobo Songs,” “The Big Brutal City,” “Road To Heaven,” etc. — are a lot more interesting and useful than the vague labels like “Pop,” “Country,” and “Soul” that we slap onto artists and albums today.

Yes. Initially, I was just messing around on harmonica and landed on a little melody that suited the opening lines, and then I hammered out some harmony on the piano. I had the musical structure in place before most of the lyrics were done, though that’s not always the case.

You mentioned you play keyboard for a band in Los Angeles. Do you typically write on keys?

I mostly write on keys, with an occasional melody originating on the harmonica. My solo songs are usually piano-based, while I experiment more with electric piano and organ when writing with my bands, The Savage Detectives and The Beat Club. I’ve always wanted to learn guitar, so I’m looking forward to experimenting with my new acoustic. As of now, my guitar chops begin and end with “Twist And Shout” and a sloppy rendition of the “Come As You Are” riff.

The only reliable process I’ve found is to just sit down at the piano everyday. I seem to go through fruitful phases when I’ll write a dozen tunes in April, and then May rolls around and I can’t pull a song out of a jukebox with a fistful of quarters. But those barren stretches are really where the groundwork is laid. If songs aren’t coming effortlessly, I try not to force them. Instead, I’ll fiddle around on the piano, learn some new covers, keep my notebook up-to-date. You can’t pour a hot cup of coffee without grinding some beans and heating the water first. It’s a mysterious process that I’m only beginning to discover.

My Mt. Rushmore would be Bob Dylan (Washington), Steve Earle (Jefferson), Tom Waits (Teddy Roosevelt), and Leonard Cohen (Lincoln).  Neil Young, Townes Van Zandt, and John Prine wouldn’t be too far down the mountain. From the contemporary crowd, I can’t seem to stop listening to John Moreland, and Ezra Furman is a revelation.

To keep challenging myself and never become stagnant. I know I’ll be writing songs for the rest of my life, so I hope my craft keeps evolving with each new endeavor. Right now I’m working to piece together some kind of living as a musician and/or songwriter.

Are you part of any kind of songwriting scene in Los Angeles?

I’ve met a lot of other musicians and songwriters just by playing gigs around LA with my bands and as a solo performer. I collaborate with my bandmates, but for the most part songwriting is a pretty solitary process for me. The best ones usually come just after midnight, when I’m alone at the keys, about to call it a night. 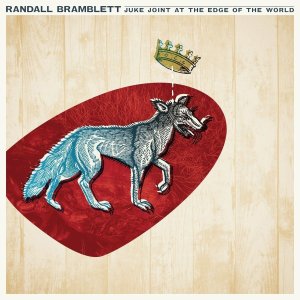 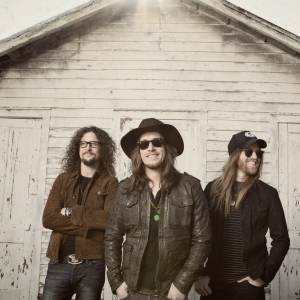