When Colleen Duffy woke up partially paralyzed back in July 2014, she knew things would never be the same. Wheelchair-bound at first, the Devil Doll singer returned to her hometown of Cleveland for medical attention, spending the next few months moving from tests and procedures, and receiving multiple diagnosis, before learning the main culprit of her debilitating pain, Ehlers-Danlos Syndrome type III, a condition that weakens the body’s connective tissues.

Her autoimmune system out of whack, Duffy was also diagnosed with fibromyalgia, chronic fatigue syndrome and chronic pain syndrome. Also suffering from endometriosis, doctors detected black mold toxicity in her brain, which contributed to further cognitive decline for the singer.

“I was like, ‘cool, I’ll add it to my collection of exotic illnesses,’” Duffy tells American Songwriter. “It’s another weird feather in my cap.”

Throughout her illness, Duffy was still writing. Eventually returning to Los Angeles to record the Devil Dolls’ third studio album, Lover & a Fighter, out May 1, her medical issues were not behind her. She suffered two upper respiratory tract infections and was also diagnosed with lupus in the middle of recording.

“It feels like coming out of labor, like a really long, something’s wrong kind of labor that just lasts forever, and it goes on and on—for six years,” says Duffy.

The rockabilly-punk band’s first album since 2007’s The Return of Eve, every story on Lover & a Fighter is a deeper extraction of Duffy’s life, from loss—the deaths of several friends—coping with childhood trauma, incessant illness, and recovery.

“This record is so much different than my other records,” says Duffy. “Almost dying changes you.”

Sultry and seeped in Devil Doll’s ominous soul, Lover & a Fighter opens a more heartfelt and visceral landscape that enters another dimension in the Devil Doll story. Perfectly coifed in Betty Page bangs and still punk rock, Duffy continues to drip off the page of a 1940s pin-up mag. Her old time, melodicism intact, she has more layers to unravel now on Lover & a Fighter, the title a nod to being a lover and a fighter—fighting for her life and the ultimate gratitude she has for it now.

Eventually the album took a life of its own,  says Duffy, and first single, “Purse Whiskey” is more poignant now than ever with the current coronavirus pandemic. “The lyrics say we’re all in this together, take a breath, here’s a drink,” says Duffy. “It really is important that we don’t blow out all our cortisol in a state of fear. It’s happening right now, and I feel like this record was supposed to come out right now. We need music more than ever right now.”

What needs to happen now is more unity, specifically in the U.S., she says, as the nation is faced with battling COVID-19. “We’re focused so intensely on what separates us from everybody that we all could use a little bit of focusing on what makes us the same and what makes us connected,” says Duffy. “We have become a conglomerate of separatists, and so this is kind of a big hush over humanity forcing people to commune with one another, activate those mirror neurons, and engage in a way that people have been skirting by for so long, with minimal contact. This separatism in our society, it’s freaking killing us, man.”

Writing through her pain—physically and emotionally—Lover & a Fighter also comes from a place of trauma, specifically her own. An incest survivor herself, Duffy says the violence, police, drugs, alcohol and molestation rooted in her childhood still impact her today, but music is therapy. “It was fucking crazy,” she says. “Sometimes I’m like, ‘am I going to spend the rest of my adult life just trying to get over my childhood?’ But the answer is no. The other two records were a lot about telling the truth and having a witness.”

For people to relate it’s almost as if they need proof that someone lived a similar story or that they went through that heartbreak, the divorce or the death to relate. “I do believe that as artists, there’s a sensitivity that you have that you absorb what you’re experiencing and what you’re seeing around you,” says Duffy. “You digest it, and then you redeliver it. You represent it in a way that someone else can say, ‘oh, wait a minute, I relate to that.’”

This raw connection to the music is something tearful fans often share with Duffy after a show. It was also the impetus to pull together a new album. When Duffy was moving out of her Los Angeles rental and gathering her belongings for storage, a fellow musician, and a survivor of trauma, emotionally shared the impact her music had on her. “She said ‘there’s something about your writing and there’s something in your voice and I know that I believe you,’” says Duffy. “I realized that trauma survivors, they hear the truth in my voice and they’re like, ‘oh, wait a minute, she knows what it feels like.’”

Duffy immediately started sifting through bits and pieces of songs she had been putting together and realized that she had enough for another record. “It wasn’t even on my radar,” she says. “It was this night of her crying and telling me how she believed me, and from one trauma survivor to another that’s one of the highest compliments that you can give to another. If it wasn’t for her in that moment, I’m not sure a record would have happened.”

Filled with different genres, Duffy says there’s something for everyone on Lover & a Fighter. “I write the shit I want to listen to, so hopefully there is this vibe that kind of threads its way through all these different genres on a record,” she says, referencing the lyrical lesson she learned from Tom Waits. “It’s your point of view that keeps you consistent as a storyteller.”

Recorded at Hollywood’s Sunset Sound, Devil Doll pulled in The Who bassist Jon Button on Lover & a Fighter and Grammy Award winning violinist Gabe Witcher, who also played on The Return of Eve on the 13-track album.

Featuring a sultry cover of Conway Twitty’s “It’s Only Make Believe” and dueling guitar and fiddle on Lynyrd Skynyrd’s “Simple Man,” Lover & a Fighter kicks off somewhat reminiscent of Lesley Gore’s 1963 pop croon “You Don’t Own Me,” with “You Can’t Have Me” taking a similar stance.

“Forsaken” pays tribute to a former Devil Doll’s bassist, who passed away after an accident two years ago. Written the week he died, the whole of “Forsaken” literally came to Duffy in a dream. “We were singing the chorus together, and we were in this place and opened the doors, and it was all white,” she says. “He told me how much he loved the song in the dream, so I feel like I really had his blessing on that song.”

Capturing the concept of being trapped at sea and chains representing his trauma and the things he couldn’t overcome later in his life, she says “Forsaken” was written in his memory, and to help her process the grief.

“We were very close and he just had some demons that surrounded him that no matter what he did, he just couldn’t shake,” says Duffy. “We got each other. I always had his back, and there are just some things you don’t ever really heal from—or you’ve learned to kind of hover above—but it just changes you. There’s a reason why they call it soul murder in the therapeutic world.”

Following suit, “To All Our Friends” was written because Duffy was tired of losing friends. She lost another friend, guitarist Nick Curran back in 2012 and says she wanted to write a song you can throw on the jukebox and sing at the bar together after a funeral. The two were planning on making an album of duets together—something Duffy wanted to explore, alongside Curran’s innate ability to capture Little Richard.

Psychobilly and blistering, the outlaw-style love song of  “Ballad of a Rear View Mirror” takes on Johnny Cash’s “Ring of Fire,” while “Back Home to Me” is Duffy’s hat tip to Otis Redding and her love of Stax Records. “Otis Redding is like my musical godfather,” says Duffy. “He taught me about soul.”

When writing, songs sometimes come to Duffy in dreams. She’ll wake up still singing a chorus or lyric and put pen to paper. Other times it’s an experience—seeing a movie, a band, or hearing a song that stirs a particular melody or story. Typically, songs will come out all at once, from beginning to end. Duffy hears its full instrumentation and knows exactly how the song will play out. “The song either comes or it doesn’t,” says Duffy. “I call it being arrested by the muses. I’d never be able to do what Diane Warren does—just kick out these amazing selling super hits—but I literally hear the entire song and the orchestration and the music, and I write the melody along with the lyrics, and it just kind of creates itself.”

Meshed in various genres, Lover & a Fighter still rises to Duffy’s punk rock roots. “There’s always going to be that punk rock kid deep inside of me,” says Duffy. “There’s a fearlessness that I have in my storytelling, and there’s a certain amount of I don’t give a fuck that comes along with being a punk rock kid, the kind of music I grew up with, and my actual personal story. Punk rock raised me. It’s always going to color everything that I do.”

Right now everything is on hold due to the COVID-19 shutdown, but Duffy says she would like to explore a small tour, which would just have to be carefully planned with 10 or 12 cities, due to her health.

At the moment, Duffy is in the present. She’s in a place of pure gratitude, despite illness. Spiritually and artistically, Duffy is in a better space.

“I am coming from a place now where I’ve truly learned what I made of and, where I get my power from, and how much more I am in control of than I ever thought,” says Duffy. “So it has just kind of shifted my perspective and I have a deeper place of gratitude. I have this spiritually, but I’ll always have a punk rock soul.” 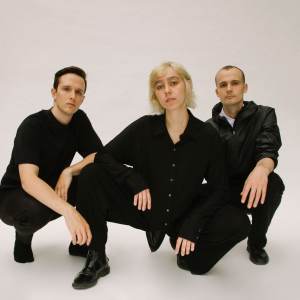 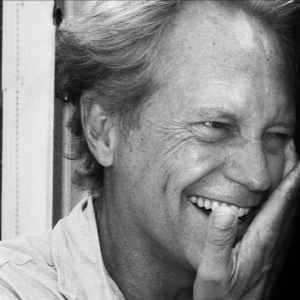