Jared Artaud still remembers his first meeting with Alan Vega. It was for brunch, and it was surreal.

Prior to meeting his hero, The Vacant Lots frontman, along with bandmate Brian MacFadyen, needed a holiday song to cover for a 2013 Cleopatra Records compilation Psych-Out Christmas, which also featured Iggy Pop, The Fuzztones, and Dead Meadow. Refusing to do another rendition of “Run Rudolph Run,” the duo landed on “No More Christmas Blues,” a track Suicide recorded for a vinyl compilation The Christmas Record (ZE Records) in 1981. Artaud later reached out to Vega’s wife and longtime collaborator Liz Lamere to share the track, which left the Suicide singer enthralled. He needed to meet the band that recorded this song of his.

“I remember going up on the elevator to meet Alan,” share Artaud, who was on tour with Dean Wareham and playing the Bowery Ballroom that day and jumped at the chance to meet Vega two hours before the soundcheck. “I remember saying to Brian, ‘we just got invited to meet Alan Vega for brunch. What the fuck?’” Nervous and sweating, for Artaud, Suicide was “like The Beatles” to The Vacant Lots. Expecting chains on the door and Vega roaring “Who the fuck are you guys? Get the fuck out of here,” 20 minutes later Artaud found himself bouncing through a conversation with Vega spanning art history, cosmology, and John Coltrane. In that moment, a great friendship began.

Years after Vega passed away in 2016 at the age of 78, Lamere and Artaud discovered dozens of recorded tapes, pulling clusters of songs, vocal outtakes, live performances, and rare and unreleased material—remnants of Vega’s other artistic releases between albums. Sifting through nearly three decades worth of recordings in what Vega dubbed his “Vault,” in 2019 they came across the ADAT tape of Mutator, an album Lamere recorded with Vega between 1995 and 1996, after the couple had already worked on five of his solo albums together—Deuce Avenue (1990), Power On to Zero Hour (1991), New Raceion (1993, featuring Ric Ocasek), and Dujang Prang (1995), the latter a collaboration with Henry Rollins—and called on Artaud to help her mix and produce the lost album.

Both knew they had something special, but they didn’t know what it was at first, because we had to get it transferred to digital. Artaud called on longtime Vacant Lots engineer, Ted Young to help transfer the tapes to Pro Tools, and they uncovered Mutator.

The first in a series of unreleased material from the Vault, Mutator (Sacred Bones Records) is a direct transfusion of Vega’s timeless relevance… the good, the bad, and sometimes nasty parts of life. Jolting open on “Trinity,” Mutator reveals the unease of a succumbed world, wanting to destroy the dominators on the more abrasive “Fist,” and “Muscles” howling at a paradise of poetry and growling refrain, Life in the Rainbow Room / Life on the monster beach. The eerier drift of “Samurai” segues into a more menacing “Filthy,” and hip-hop-fused “Nike Soldier” with Vega’s alarming croon of You destroy generations… You take the life / From the young…They punch down the generations / They take the life from the young, through instrumental “Psalm 68” and Vega’s closing incantation of “Breathe.”

“A lot of what he reflected on is using those universal themes that don’t lose their relevance,” says Lamere.

“Two things I’m reminded of on this album,” adds Artaud of Mutator, “is this duality of calm and intensity where you can do yoga to it or use it in a riot.”

A visual artist and musician, Vega was one root of Suicide, the New York-bred an avant-art experimental unit with Martin Rev, and also explored his own solo soundscapes, releasing 11 albums from his self-titled debut in 1980 through his final, posthumous release IT (2017).

Art drove music for Vega. Sounds derived from colors, paintings, and sculpture, because the visuals set all the tones, and were the musical impetus for the art school grad, who attended Brooklyn College in the 1950s, studying painting with surrealist artist Kurt Seligmann. In his later years, following his stroke in 2012, Vega spent more time in the visual realm, painting more than curating sounds.

A natural sculptor, often pulling pieces off the street that would end up in his sculptures, all of Vega’s music fed off his creations. Vega was a master of transposing visuals to music.

“He was curating sounds,” says Lamere. “He was curating visual images. He was a curator of sound and imagery. He was driven by trying to discover things that he hadn’t experienced before, and there was a childlike quality to him because of that.”

Vega could look at something seen every day,  an everyday object and see something completely unique in it, says Lamere, then take that and repurpose it into something so  other people see that uniqueness in it, and this carried over into every medium that he worked in.

“When he’s creating sound, he’s sculpting sound. He’s an architect of sound. He wasn’t a virtuoso in terms of being able to play a lot of different unti, but he could hear things that were unique. He was constantly searching for sounds that he hadn’t heard before, and in his visual art, he was looking to create things that he hadn’t seen before.”

When Mutator was initially recorded, Lamere and Vega were experimenting with, manipulating, and morphing sounds. Just another interlude between albums, Mutator was heavily influenced by the hip-hop scene in the New York City outer boroughs and the transient sounds coming off the streets. Intentionally shelved at the time, Vega moved on to the next thing. In between albums, Lamere and Vega would have 20 to 30 songs in various states of finality—and the cycle would repeat throughout their work together.

“Anytime Alan started moving towards something a little different, he’d go in that direction,” says Lamere, who came across Mutator track “Nike Soldier,” in 2014 and remixed it for Vega. “He was like ‘holy shit, we must have this huge Vega Vault,’ so he came up with the title [Vega Vault].”

Spending less time in the studio because of his heart condition, Vega still went on a final Suicide tour in 2016, and seeing how Lamere revived “Nike Soldier,” when it came time to go into the vault and release material, Vega had already passed the torch to Artaud. “There was no doubt that Jared was the person that Alan would feel 1,000 percent of, in terms of us working together on material coming out of the Vault and honoring his vision,” says Lamere.

Artaud adds, “He really was such a visionary. When mixing, we would sit there and solo out his vocal performances, and you can just see the mast, beyond the days of Suicide. It’s just an incredible honor to discover these things, to sit with them, to listen to them or hear him do one-take vocal performance.”

The entire process was also emotional for Lamere who says she felt Vega’s presence during the production of Mutator. Upon meeting Vega, Lamere, who was a drummer, quickly became hardwired to Vega’s improvisational, experimental process, opening her world to otherworldly soundscapes.

“When it came time to take it to the next level of going to the studio, he said ‘you’re a drummer, music is about sound and movement, and you just need a sense of rhythm,’” remembers Lamere. “Jared had talked to him many times about his no notes theory. It’s not about keys and chord progressions. It’s about creating sound and moving sound through time, and creating a vibe, and a movement, and a feeling.”

Reflecting back on the recordings, Vega’s visual “soundtracks,” Lamere says it’s kismet or fate that ultimately drove everything. “Alan never went out looking for anything,” she says. “It will always came to him, and that’s why when Jared came to us. All these things came for a reason.”

Everything fell into place and Lamere, who had crystal clear recollections of recording with Vega throughout the process. “He’s definitely fused in this whole thing,” she says. “This process was so all consuming for both of us and it truly felt like a higher power was possessing us.”

And I truly really believe that what happened when Jared came back to me with the sequencing.”

Along with creative director Michael Handis, Lamere and Artaud continue to excavate the Alan Vega Vault with more releases to come. Vega never put a deadline on his work, says Lamere, so the “Vault” is an ongoing, linear project.

“Alan used to say this about his art, that you might start the art with some kind of general intention as to what you’re going to do,” says Lamere, “but at a certain point, the art takes over and it tells you what to do.” 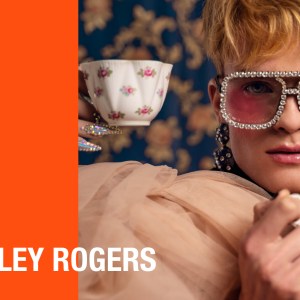 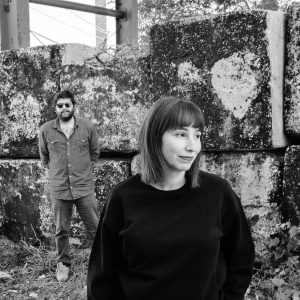