Some bands and artists have hit records that sustain their careers for a few years, at best, before they fade away, never to be heard from again. Sister Hazel, though, is a band that is still going strong after nearly three decades, and part of the reason for their success is their international 1997 hit, “All for You.”

The band first independently recorded “All for You” on their 1994 self-titled debut album as an acoustic piece. Three years later, after they had been signed to Universal, they released the song as a full-band recording on their second album, …Somewhere More Familiar. While the Florida group has had other successful singles and albums since then, they are still widely-known for this song about the confusion involved in committing to a relationship.

Sister Hazel’s members share songwriting credits, whether or not all five members were responsible for a particular song or not. While “All for You” is credited to lead singer and band founder Ken Block and Sister Hazel as a band, Block actually wrote the song himself before the group was formed. He explained by phone to American Songwriter how the song was born.

“It was 1991, and I was playing in a rock band and had just started working by myself as a solo artist,” he said. “I got a call from a local recording studio, and they were having a contest for a compilation CD for an environmental organization. They asked if I was going to turn anything in [as a solo act], and I told them I was working on a song that I kind of liked. The idea was about not just what was going on in my own life, but with people all around me, where they weren’t sure about where their relationships were going, where they had one foot in and one foot out and they kept getting back together. And so this song was about not one particular person, but something that everyone I knew was going through. The idea was that, if I would commit to something, that’s when things would turn around, that you’ve got to be all in. I was just writing it with that in mind. So I went in and recorded it, and the song was unanimously picked for the CD out of something like 100 songs.”

While he is a fan of different genres of music, Block said “All for You” most informed by the acoustic acts he listened to. “I grew up listening to all kinds of music, including some of the heavier stuff. But I also listened to Simon and Garfunkel, James Taylor, a lot of the acoustic folkie songwriters and the harmony stuff. Around the time of ‘All for You’ I was listening to the Indigo Girls, I just loved their harmonies and counter-melodies and answerbacks.” In writing “All for You,” Block used two cassette boomboxes to record and bounce his parts, creating the answerbacks in lines for the song’s two pre-choruses,

Even before the band recorded the song, Block knew that “All for You” had that intangible “something” that made it stand out. “I had hooked up with Drew [guitarist/vocalist Andrew Copeland], and every time we played it [live], it would get a huge reaction, from the very first time we played it. And people would say, ‘Do you know you’ve written a hit song?’ I can tell you that I knew it was special. When we got the band together we put it out as an acoustic song on the first album, but then for the second album, we said, ‘Well, maybe it’s really a full-band song.’ So we worked it up as a full-band thing.”

The band still tours regularly, and Block said they play the song today at every show. “We’re not one of those bands that says, ‘We’re not going to play the hits.’ We have seven or eight songs we always play, because if you don’t play them, people feel a little frustrated.”

Photo from The Rock Boat 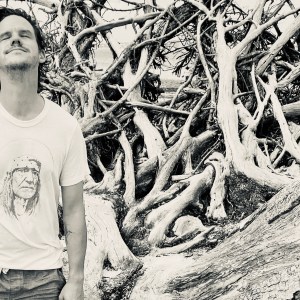 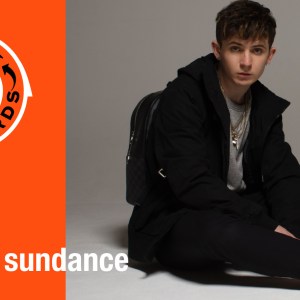