What does the holiday season really mean? To answer that question requires a personal investigation. Certainly, the meaning of a time of year is largely dependent upon its observer. For many, Christmas is delightful; a season of twinkling lights and presents. For others, however, the time can remind them of the harshest of days, the most nightmarish of experiences. So, then what? How do folks move forward? By forging their own ways—that’s the only way. And that’s exactly what Americana songwriter Allison Russell knows as well as any.

Russell, who recently garnered three Grammy nominations for her 2021 LP, Outside Child, has endured unspeakable harms; physical and mental abuses. Yet, today, the artist has much to cherish, from professional success to the family she’s started with her husband (musician, JT Nero), which includes their young daughter, to whom Russell has recently begun teaching the joys of music, movies, and the holiday season.

“Christmas for me, growing up, was very fraught,” Russell says. “I grew up in a very poor and abusive home. It was not that joyful, generally. But the bright light of my childhood was my maternal grandmother, Isabel.”

Grandma Isabel loved Christmas. She was a devout, faithful and spiritual woman. Russell is not, she laughs. She identifies as a “hopeful agnostic.” Nevertheless, spending time around Christmas with her grandmother was maybe the only relief she felt growing up. The only place she was ever safe from the grotesque hands at home. Together, she and her grandmother would always watch the 1944 Judy Garland movie, Meet Me in St. Louis. As such, Russell grew up a giant Garland fan. And in the movie, Garland sings, “Have Yourself A Merry Little Christmas.” This led Russell to want to record the song in both French and English. It was a way for the bilingual artist to celebrate her Grandmother and keep her French going as she taught it to her daughter, Ida.

“It’s really healing for me as a survivor of an abusive, broken home and unhappy childhood,” says Russell, “to experience the magic through my daughter’s eyes. One tradition is watching Meet Me in St. Louis. We watch the movie, sing the song. I also started teaching Ida French during the pandemic.”

Growing up in Montreal, Canada, Russell learned to speak both French and English fluently. So, she had the idea to use the melody from “Have Yourself A Merry Little Christmas” and translate the words to French. Who knows? Maybe it will become a new tradition where Russell releases a new version of the song in a different language each year. But if so, it will have to make room amongst her other holiday traditions, which she celebrates with her husband of 15 years and his family. For instance, his mother makes sure to buy an ornament for each child in the family to commemorate a special event in their year. Now, the tree is crowded with happy memories. And his family is her family.

“Honestly,” Russell says of her longtime husband, “I think he picked me as his partner because of that—because I’d never had to negotiate going somewhere else. Ever since my grandmother died, my family is very broken and scattered. So, it’s never an issue. It’s never ‘who’s house are we going to this year?’”

That Russell can joke about all this is a testament to myriad strong aspects of her personality and fortitude. She says she likes to talk about her past, or at least feels benefits from it. It’s part of her self-appointed harm reduction work. In a strange way, she says, it’s empowering to vocalize it. Her (sexual) abuser benefited from isolating her as a child, training her to be silent, and making her lie to the people in her life. So, when she speaks the truth today, she says, it feels as if she’s getting a tiny part of herself back each time.

“And if my experience can be helpful to anyone trapped in that cycle,” Russell says, “for them to know that that’s not what’s going to define you, that it does get better, that there are loving kind people in the world who will see and value you and hear you for who you are as equals. Don’t believe whatever story your abuser is telling you.”

Russell talks about the power of music in her journey to recovery. “I was nine years old when I heard Tracy Chapman’s ‘Behind the Wall,’” Russell says. “That was transformative and life-changing. To hear her singing about what I was living. We weren’t the only family ‘behind the wall.’ To hear her singing about it with such unvarnished truth and empathy was transformative. That’s part of what set me on the road toward freedom.”

Today, Russell is now a Grammy-nominated artist. Perhaps in a few months, she’ll be a Grammy Award-winning artist. Either way, the moment she found out about the nomination will remain in infamy. At the time, she was doing a podcast interview on Zoom when her husband ran in and did a “very wacky dance.” In that second, Russell didn’t know if he was just trying to get her to break a smile. But then he jumped on and delivered the news live on air. Since then, Russell has begun writing a memoir, diving into her family history, wondering how it became what it did. She remembers one of her uncles who introduced her to Chapman. She remembers her grandmother’s final days, struggling with Alzheimer’s.

Over the past few years, Russell has developed a few more holiday traditions, from singing holiday songs in a studio with fellow artists in Nashville (safely, of course) to caroling with her family in their home. The family also makes mulled wine with cinnamon and nutmeg. They read The Night Before Christmas to Ida and the young cousins, who range from six months to 17 years old. They binge-watch a television show each night together (last year it was Ted Lasso).

“Now we have to pick a new show!” Russell says after exuberantly describing the plot of Ted Lasso, a show she and her family loved, despite the fact she’s not a sports fan.

Looking ahead, Russell’s professional itinerary is as packed as ever. There are shows in the U.K., speeches to give, and festivals. She’s working on the memoir and already finished the first few chapters and book proposal, which she’s sent to the publisher. She’s going to play gigs with Brandi Carlile and Iron & Wine and Andrew Bird. She’ll be getting back into the studio, too. And, of course, celebrating the Grammy nods with fellow nominees like Valerie June, Esperanza Spalding, and Rhiannon Giddens, each of whom she loves (though she wishes Adia Victoria also got a nomination this year). Russell is working to ensure the future of Americana Roots music is diverse so that it will continue to have a place for people like her.

“Music got me through 2020,” Russell says, before talking about her daughter, who is in her own process of sonic exploration. “It’s so fun to discover music with her. She’s been writing songs, learning piano, and learning drums. That’s a joyful thing.” 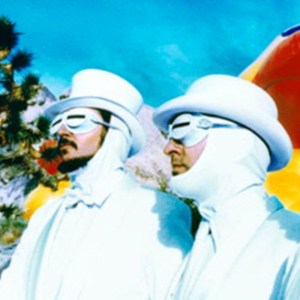