Later this week, Nashville singer-songwriter, producer, and self-described “crazy cat lady” Alyssa Trahan will drop her new album Baby Blues & Stilettos. But first, she’s giving American Songwriter the inside scoop on one of the album’s standout singles, “Psychology.” Featured below, the track is a confident country pop number that finds Trahan deciding she’s done with mind games and the people who play them.

“I was going through a phase of being really into psychology and I really wanted to write a song about it,” Trahan tells American Songwriter matter-of-factly. “The idea came from the classic sayings like ‘you always want what you can’t have’ and ‘the grass is greener on the other side.’”

Trahan wrote the song with fellow Nashville artist Kyle Rife. In general, she says, she writes at her best when she doesn’t “overthink it. It’s best to just let the ideas flow out naturally and go with your initial gut reaction. Overthinking and over-editing can kill a great song.”

The East Rochester, New York native was deeply involved in the recording and production process for “Psychology,” as with the other twelve tracks on her new album. “I recorded and produced this song entirely on my own in the midst of the Covid-19 pandemic,” she specifies. “I have a home studio setup that I stayed in practically 24/7.”

For Trahan, “Psychology” is really about standing up for yourself and ultimately helping others stand up for themselves. “I hope this song makes people want to dance and walk away from anyone playing mind games with them,” she says. “This song is about knowing your worth.”

Trahan is especially pleased with the song’s twangy, throwback country pop vibe. “One of my goals when recording this song was to give it a nostalgic feel,” she explains. “I used a lot of ‘90’s sounds and techniques to capture the nostalgic vibe in the production, so I hope people catch on to that.”

When American Songwriter first premiered “Psychology” a few months ago, Trahan shared more about her production philosophy. “In terms of production,” she said, “what I love is just [to] do what is right for the song. I don’t want to worry about genre lines and staying inside the box. I just want to put on the song [with] what it needs to make it as good as it can possibly be.”

“I find that one of my absolute favorite things that I do in a lot of my music,” she continued, “is taking elements from traditional country like acoustic guitar and banjo and slide and mandolin, and then combine that with modern pop production… So I’ll use some drum loops, some synth pads, some cool pop piano, and things like that. I think it just makes such a cool sound to combine those two worlds that I really feel represents what I want my music to sound like. It represents me as an artist [and] it represents what I listen to most.”

“I’m really influenced by everything I listen to, and I listen to a lot,” says the Nashville artist. “But some of my biggest influences would have to be Taylor Swift, Shania Twain, Carrie Underwood, Maren Morris, and Faith Hill.”

“Psychology” is one of several singles Trahan released in 2020 along with “Memories Not Dreams,” “Ain’t Ever Goin’ Back,” and “My Favorite Song.” This year, she’s already shared a track called “We Used to be Happy.” All five songs appear on her forthcoming album, which follows her 2019 self-titled EP.

You can listen to “Psychology” below and pre-order Baby Blues & Stilettos—out March 5—here. 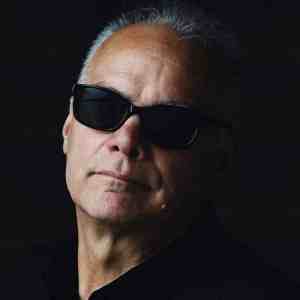 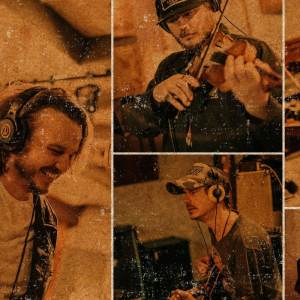