He was “the invisible man,” according to the writer William Zinsser, a classic example of a songwriter whose songs are far more famous than he is.

He was “the invisible man,” according to the writer William Zinsser, a classic example of a songwriter whose songs are far more famous than he is. Yet Harry Warren wrote many of America’s most beloved standards. His songs make up a diverse list that includes up-tempo anthems and also beautifully melodic ballads: “At Last,” “You’ll Never Know,” “On the Atchison, Topeka and the Santa Fe,” “Lullaby of Broadway,” “42nd Street,” “I Only Have Eyes For You,” “We’re in the Money,” “That’s Amore,” and more. And though the general public might not know his name, the great singers of our time know and cherish his songs. “Harry Warren was an absolute giant,” said Mel Torme. “He’s one of the great songwriter gods to me. I’d lump him with Kern, Rodgers and Hart, Gershwin, Porter, Berlin. Warren stands head and shoulders with each of them.”

Warren, like Kern and George Gershwin, was a melodist who collaborated on songs with a legion of great lyricists that included Johnny Mercer, Ira Gershwin, Al Dubin, Billy Rose and Mack Gordon. Unlike almost all of his peers and collaborators, he was not Jewish, but an Italian-American, born Salvatore Antonio Guaragna, one of 11 children raised in Brooklyn. His father, a bootmaker, changed the family name to Warren when Harry was a tyke, and couldn’t afford music lessons for his sons, but encouraged Harry to teach himself to play the family accordion. Harry quickly mastered drums, and dropped out of school at 16 to perform with a carnival band. Piano was his next instrument, and he was playing everywhere: at Vitagraph Motion Picture Studios, in cafes and silent movie theaters, all of which provided him with steady employment until 1918, when he joined the U.S. Navy. It was during his time in the military when he became a serious songwriter.

Warren was not only a tremendously gifted melodist, he was also a prolific one. Between 1918 and 1991, he wrote more than 800 songs, 500 of which were published. These were the days when the measure of a songwriter’s success had to do with how many times a single song was covered. Standards became standards precisely because they were recorded so many times. “You’ll Never Know,” written with Mack Gordon, was recorded more than 50 times, reaching the Top Ten 24 times. With Al Dubin in 1934, he wrote one of the most recorded songs of all time, “I Only Have Eyes For You,” which was been recorded by more than 100 artists, including Sinatra, Ruby Keeler, The Flamingos, Art Garfunkel, Elaine Paige, Count Basie and The Lettermen.

But he also wrote a profusion of songs that didn’t become standards. Their appeal was short-lived, but were hits nonetheless, starting with his first hit in 1922, “Rose In the Rio Grande,” with lyrics by Edgar Leslie. Scoring many hits in the 1920s, his melodies possessed the perfect blend of intoxicating verve that crystallized the spirit of the Jazz Age. He wrote many songs for 18 of Busby Berkeley musicals, able to melodicize the ebullience contained in Berkeley’s flamboyant choreography. He also wrote countless songs that would now be considered novelties, such as “Seminola (An Indian Love Song)” in 1925, “In My Gondola” in 1926 and “Nagasaki” in 1928. In the 1930s, he went to work for Warner Brothers, composing the famous songs for movies for which he’s still known. He was nominated for a total of 11 Academy Awards, and was awarded with the Best Song Oscar on three occasions: “Lullaby of Broadway” with Dubin in 1935, “You’ll Never Know” with Gordon in 1943, and “On the Atchison, Topeka and the Santa Fe” with Mercer in 1946.

Warren would collaborate in different ways with each lyricist. With Dubin, Warren would write a melody with no thought given to the words, and then give it to him to write the lyric. With Mercer, they did it together. “[Mercer] would sit in a room with you,” Warren remembered, “and just stare silently. I would play him a melody and he’d listen to it and then sit there without talking.” Asked who was the most dominant member of the team when he would work with a wordsmith, he said, “I think that to successfully write songs, you have to think of a cadence where the rhymes are going to fall. When a composer collaborates with a lyricist, I think the composer is in control.”

In 1941, Warren wrote the beautifully romantic “At Last” with Mack Gordon, a song covered by everyone from Etta James — for whom it became a signature song –through Christina Aguilera, Cyndi Lauper, Joni Mitchell, Stevie Nicks, Phoebe Snow, Jimmy Scott, Miles Davis, David Bowie, and most recently by Beyoncé, who sang it in the 2009 inauguration ball for Barack and Michelle Obama’s first dance.

Like George Gershwin and Harold Arlen, Warren aspired to be more than a hit songwriter — he wanted to be a serious composer. Throughout the ‘60s and ‘70s, he continued to write songs, but the advent of rock and roll changed the game, about which he was both saddened and enraged. Like many of his peers, he felt the art of songwriting had plummeted to a dismal low from which it would never recover. And so he moved away from the short form of songs to write a masterwork—a Latin mass, completed in 1962. Sadly, there was little interest in it, and it went unheard for a decade until Loyola Marymount University staged a performance of it. To this day, though, it has never been recorded.

Although his last years were not happy ones, he lived a long life — to the age of 87 in 1981, when he died in Los Angeles. And though his name is not a household one, the names of many of his songs are, and their popularity persists and expands. The “invisible man” might continue to remain unseen, but the songs he wrote have never gone unheard. 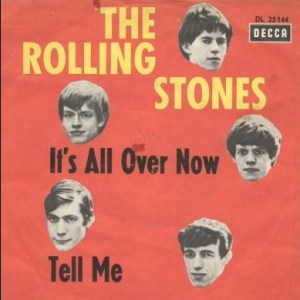 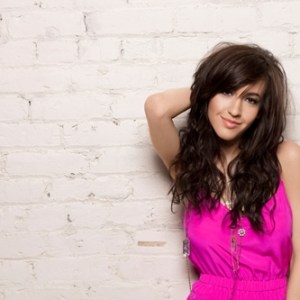