Songwriter Joe Michelini compares his songwriting procedure to painting on a large canvas.  He is accustomed to and prefers creating long-form art on a large scale which is conveyed in his songs.  You could say each of his albums is conceptual, and each song plays its role in telling the story, as is the case for “The Real Thing.”

“This song was part of a disciplined writing session, meaning I sat down to write a song without an initial idea,” Michelini told American Songwriter. “Like all the other songs on the record, I wrote it to say something the other songs didn’t. I really only ever create larger format work, and each song is a piece of that. It’s beyond “liking albums as a whole,” my whole life I’ve only ever wanted to write 40+ min work, maybe the way some artists only work with large canvases. So, this song is a scene, late in the record, looking back on it all and wondering if I’ve lied to myself about love as a fantasy.”

“I do my best work in my periphery. If I can distract my conscious mind, maybe driving or something like that, I really free up my subconscious to any and all possibilities,” he said of his creative process. “I would say I get my best song ideas when I’m not holding an instrument. I need the canvas to be blank and limitless, whereas sometimes I’m limited by my own ability on an instrument or by the sound of a particular instrument. I try to imagine anything and work backwards from there.”

Ironically, “The Real Thing” serves the same idea of distraction that Michelini taps into while writing.  The post-punk styled tune is a welcomed escape, rampant with charismatic post-punk vocal stylings and pronounced percussion that was mainstreamed by acts like Siouxsee and The Banshees and Nick Cave and The Bad Seeds in the eighties and early nineties.   Considering the almost eerie tone to pop-punk, the song is surprisingly calming and lifts you up and away, captivating you and engulfing you in the sound.

The single comes from American Trappist’s forthcoming album The Gate, due for a May release.  It was recorded at Michelini’s home studio, Berlin Studios.  The album was the band’s first go at tracking live together with the exception of synth and vocals that were later over-dubbed.  The record features an exceptional performance quality due to the band’s extensive experience playing the songs live for a year before going into the studio.  And there to polish said performance was Philadelphia engineer Jackie Milestone and Alan Douches of West West Side Music in New York. 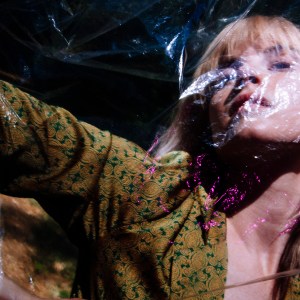 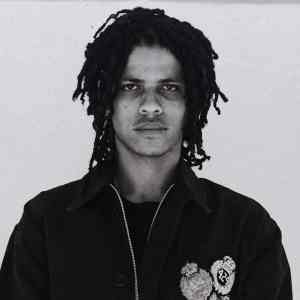