In days where eating out and Saturday morning mimosas with your gal-pals are a thing of the past, Hayley Williams shares how she is glad she can at least cook for herself and enjoy a somewhat slower pace of  life, while allowing her time to take a breath and grow as a solo artist.

Today Williams releases her debut solo album in its entirety. Petals For Armor is an experimental dive for her while settling into her own skin outside of Paramore.

“There’s not really a moment I don’t think about Paramore, but this has been a really great exercise to just believe in myself as a person and as the artist,” Williams told Zane Lowe during an interview with Apple Music. “I mean I’m lucky I’ve got a great creative community around me that don’t let me doubt myself for too long. They’ll tell me to listen back to something I’ve done or to look at something and see the proof so there’s reality that I can touch.”

One instance of tangibility that came from Williams and her network of support was the single “Dead Horse” from the forthcoming record.  It’s a song that Williams, upon reflection, saw similarities in while remembering some of Paramore’s work, specifically their 2017 record After Laughter.

“’Dead Horse’ dropped and I realized how similar that is to my experience with After Laughter, especially because some of the influences were very similar, like a lot of Afrobeat, Lijadu Sisters and Fela Kuti,” Williams told Apple Music. “All of that stuff was so deeply embedded into the fibers of After Laughter. And I really hadn’t experimented more with that outside of After Laughter, so when that cropped up here and then I was also able to talk about like super dark shit over something so bubbly, I don’t know, there’s something really relieving about it.

“It feels like home for me and I’m excited that that’s out before the rest of the album,” she continued. “People have heard that and they’re comfortable with that before all of these other songs are out and I’m glad because that is the marker for me that whole … What’s the word I’m looking for? It’s sort of like I took my finger out of the fucking plug. Where I can let everything flow through and open up into this new world that I’m trying to exist in, which is still hard. Every day is different. But I’m a lot more aware and I’m more accountable for the shit that I’m feeling.”

Williams chose to release her solo debut in phases across two EP’s, which dosed her fans slowly with her new sound as a solo artist, allowing them to adjust and take her new sound in, which is a step away from the likes of Paramore.   And normally she would be hitting the road soon to promote her solo-debut, but the world had other plans which are not without disappointment and some amount of mourning.

“I grieved it for a moment, and I also was in denial of it for a moment,” Williams told Apple Music.  “The majority of these dates, I mean until I hear back more from agents and promoters, it seems like everything is moving to 2021… In a weird way, I think that earth, culture, society, we probably in some twisted way need to be forced to stop. We need to be forced to slow down… But I’m sad I don’t get to play the songs live right now, but I know that I’ll get to, and I know that everything happens when it’s supposed to. So, it’ll come and it’ll be worth it.” 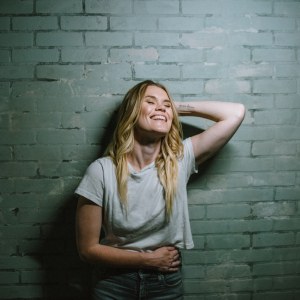 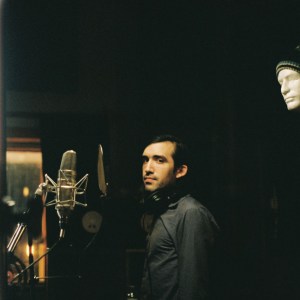