Crying is typically equated to a certain level of pain and suffering. But for Aminah Hughes it’s an indicator of an ultimate song. “Tell Me It’s Over,” is one such where heartbreak and struggle blur into uplifting gospel – a perfect song for healing.

“It’s a song that carries a lot of emotion, a feeling of having survived an array of experiences and the desire for peace, but it also holds hope,” said Hughes.

“When I wrote this song, I was thinking back on all the struggles I’d had in my life and about wanting the hard stuff to be over. If I cry a lot when I’m writing a song, it’s usually a good measure that it’s a song that’s going to strike chords and connect with people,” she said.  “I was envisioning being in a place of contentment and what that might feel like. And feeling gratitude for my higher-self having pulled me up when I needed it.”

Hughes piloted the writing and narrative, but the gospel piece was elevated by the brawny vocals and meandering runs of The McCrary Sisters.  With both Hughes and The McCrary Sisters acting in unison, it was clear there was no need to upstage anything. All the features were organically there already.

“There’s a lot of vocal expression in the recording between me and the awesome gospel singers The McCrary Sisters,” said Hughes.  “When I thought about making a music video for this song, I knew right away that I didn’t need to pull out any bells and whistles, I just wanted to record us in the studio in Nashville, singing.”

“Working with The McCrary Sisters was amazing. They’re strong, awesome women who immediately understood what I was looking for as a producer,” she said.  “They’re so used to singing together, they turned my two-part harmony into three instantly and they just brought the house down in the studio.”

The collaboration between Hughes and The McCrary Sisters lifted the song all the way to New York, where it was recognized at the Independent Music Awards and most recently nominated for Best Song at the Berlin Motion Picture Festival.

The music video was filmed at The Treehouse Studio in Ridgetop, Tennessee.  It was headed by Grammy winning engineer Tim Carter, who has worked with Alison Brown, Vince Gill, Ricky Skaggs, Bela Fleck, and Tim O’Brien.

The music video simplistic in its production, lets the persuasive imagery lead.  Every tiny aspect from hand gestures to captures of sunlight and hammocks to laughter, works to paint a picture of calmness-a huge piece of the healing nature of the song.

“There’s a lot of imagery in the video that represents a sense of contentment and of coming home, even the image I chose for the poster features my boots on the porch, grounded,” said explained Hughes.  “The whole video celebrates the strength and resilience of women. I love that the video features passionate performances but that there’s also warmth, humor, and joy. It’s a representation of the fact that women have walked through the fire and we still manage to hold love and joy in our hearts. That’s the essence of our strength.” 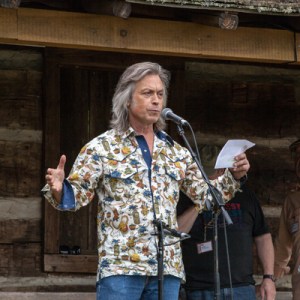 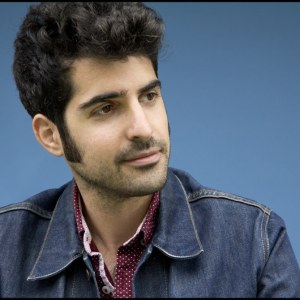