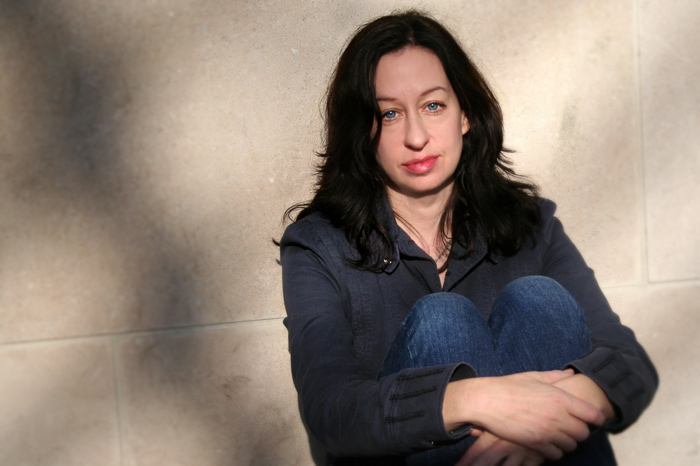 “I was always a little bit of an oddball. I was kinda…a little contrary to what everybody else liked and nobody on Long Island was listening to Country music. I kinda liked it, it was my own little thing that nobody else was into”.

The daughter of legendary Jazz pianist and composer Mose Allison, singer/songwriter Amy Allison has been a fixture on the New York music scene since the 1980s. After more than a decade’s worth of critically acclaimed albums (five solo and two with her ’90s Indie Rock band Parlor James) she has steadily gained a reputation like her father: an artist’s artist. Her 1996 album “The Maudlin Years” was ranked by none other than Elvis Costello as among the 500 Greatest Albums of All Time. Not too shabby for a former “oddball” from Long Island, New York.

Amy Allison continues to be a truly unique voice in music. Absolutely no one even remotely sounds like her. Her voice has been described as everything from “an animated honey bee” to “a force that could stop a falling rock”. Even more striking is its sheer emotive power: soulful, tender and truly human.

With a soon to be released new album (Turn Like The World Does) that she excitedly declares is “like nothing I have ever done before” that other Allison sat down with American Songwriter on a cold November morning, to discuss her music, her father, the Allison legacy and a whole lot more.

What genres of music other than country music did you grow up listening to?

As a little kid, I listened to a lot of pop radio. My parents had various records that I liked. One was an album by Billie Holiday with Teddy Wilson from the 30’s called, Lady Day. I really loved that record, and I love her as well. I was a huge Billie Holiday fan. I played flute and piano, and studied classical music. I listened to that, too.

I loved old movies, and listened to a lot of standards from the movies, but also show tunes; a lot of different things. I remember setting my alarm clock to be able to get up to watch some of those old 30’s musicals on television, because it was hard to buy a record of the music. So, I would just take my little tape recorder, and tape what I could from the TV.

Other than Loretta Lynn, whom you’ve cited as an influence, who are some other country music artists who have inspired you?

Some of the women like Tammy Wynette, and Dolly Parton of course. When I was in college, I really liked Gary Stewart. I saw him perform in New York, one of the few times he played there. I don’t know why I loved his material, but I really loved his voice. I’ve talked to other people about him who have said, “Oh, his voice was crazy,” but I just loved it. I’m a big fan of Lefty Frizzell’s work. I’ve always like good singers, and old country music from the 50’s. I also used to get from the library these Armed Forces radio compilations that had really varied and obscure material on them. The Library of Congress used to also put out similar types of compilations.

What were the main qualities of county music that drew you to it?

It was mostly the honesty that I liked. It seemed real authentic and emotionally direct: very economical and yet very evocative. I enjoyed the stories, and the humor of the word play. Of course, I also liked the singing styles.

How would you like your body of work to be viewed someday?

Wow, that’s a hard one. I guess a really good songwriter. That’s important to me. I mean, I feel really strongly about all of my songs. I’ll still look back at a song and think, “Oh, maybe I could have changed that line,” but all of my songs are really heartfelt. They’re all really real. I never sit down and decide that I’m going to write something. It always surprises me the way they just kind of come out. Also, to be seen as a really good singer, because I think that people have been too focused on the sound of my voice, and maybe haven’t been able to hear the technique and the phrasing. People are just like, “Wow, that sound!” I don’t even know what that means. It’s just me. It’s genuine. It’s not put on. What’s so funny is that I was kind of a mimic as a kid. I could sound like other people. I can do a lot with my voice, but I chose to just sing honestly without adornment; not trying to force my sound in any way. I just want it to be me.

Do you have a title for the album you’ve just finished recording?

It will be called Turn Like The World Does. It’s a line from one of the songs. If nothing materializes from a label, we’ll definitely put it out ourselves, in a really beautiful package.

Will the music be different from previous albums of yours?

Well, I think the songwriting was very different. . My writing partner was David Scott, and it was real easy for us to work together. It wasn’t something that either one could have produced without the other. It was a true combining of our strengths, a real collaboration. You really hear both of us in it. I don’t know how else to put it.

So, you feel there’s a kind of synergy to it, a chemistry that is more powerful than two separate elements.

Yeah, kind of like that. We have a lot of respect for each other, and that just makes us able to hear what the other one’s saying, and sort of add to it. I can’t explain it. It was just very easy, and the sound of the record is very simple. David had produced a couple of my records: Everything And Nothing, Too and No Frills Friend. Those were kind of more Pop, but this one is more pared down. It’s definitely more stark. It sounds a little more folksy in some ways. It’s kind of ethereal. There are a couple of upbeat tunes on it.

You’ve been performing professionally for over 20 years. Are there any particular shows that were particularly memorable, and if so, why?

Well, the first one that comes to mind came pretty early on. I was part of a trio called The Maudlins and we were pretty inexperienced at the time. I don’t think we’d been performing together for even a year. We were doing a show with They Might Be Giants. We all kind of knew each other, because we were coming out around the same time in New York. Our group opened for them at The Chance Theater in Poughkeepsie (New York) which I think was an old vaudeville theater that we all thought was kind of amazing. I think that was our first out-of-town show. They Might Be Giants were getting pretty popular, so the place was very full. I remember being incredibly shocked by the warm reception we got. People actually were holding up lighters and were swaying, and it was just three of us; two guitarists, and me singing. So, that was really memorable. I’ve had some really nice shows in England, and also at the South By Southwest. I remember the first time I played alone, just accompanying myself on the guitar. It was a little tour opening for a singer named Christine McWilson. They were memorable because I was so scared because I had never played by myself, and I wasn’t really that comfortable playing guitar,, but I got some really good receptions from the audience.

Are there any particular makes and models of guitars that are your favorites?

That’s a funny question, because I don’t really consider myself a guitarist. I mean, I love my little Martin. It’s called a Grand Concert and it’s a little bit smaller than those really big ones that some people play. I’m kind of little, and my hands are small. I also have a Gibson electric from the 50s that’s a beautiful guitar, but I don’t really play it that much. So, right now I have a friend who is a really great guitarist, so I told him he could hang out with it for awhile. It’s really too heavy for me, anyway.

As the daughter of Mose Allison, what qualities of his and yours would you like to see represented by future generations carrying on the Allison legacy?

I think that the use of humor is definitely something that will be passed on. I don’t have any kids of my own, but I do have nieces, and maybe they’ll have kids. My dad’s work and mine has a unique sense of humor that runs kind of deep; kind of existential and philosophical. I also think we both have a strong sense of individuality, being yourself, and just being humble, never showing off just for the sake of showing off. There’s like some sort of self-effacing quality. I feel like my family has a real bullshit detector. We’re kind of real. We don’t want to do anything that doesn’t feel honest. I think that’s a family trait. What I’d most like to see passed on is just different types of music.

I feel that I was exposed to such as vast array of styles and genres, kind of being really conscious of everything that’s come before and yet with all of that you can sort of carve out your own niche. I feel that there’s a common thread, but yet it’s all me. So, when people ask me, “What kind of music do you play?” in the beginning I might have said, “Country,” and then I might have said, “Country Pop” or whatever, but I feel it’s too hard to define, because the farther along you get, the more your influences kind of combine and you become sort of your own genre. I don’t even think of myself anymore as Country. I see myself as coming from very different influences.

I think my dad is the same way. I think he has completely carved a niche for himself that’s not really nameable. It’s a genre that’s a cross of a lot of different things, and I almost feel that people get boxed in by being a part of a specific genre. There are some people that can’t be nailed down, and I think that my father is totally unique. I don’t think there’s anybody else doing what he does. He’s got such conviction about who he is. It’s like he’s incapable of not being honest. I can’t even believe it sometimes. He’s like so focused, and knows exactly who he is, and what he is comfortable with. I’m sure future (Allison) generations will have that same ability. Nobody else is exactly the same as anybody else. They’re a product of their upbringing.

I also think that nowadays when there is so much available immediately, there’s usually not long attention spans. I don’t know if people can just like one particular thing like they used to do. It’s now all kind of consolidated. Now I just think everyone’s all over the place. It’s not like when people would buy one album, and listen to it over and over for a whole month. I’ll still listen to Billie Holiday’s records, and realize that I can sing every single solo on every single song. I don’t know if people have the time or attention span to do that anymore. 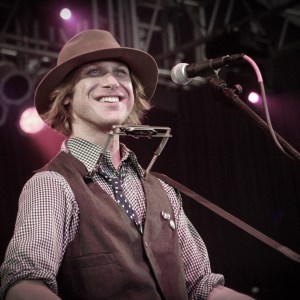 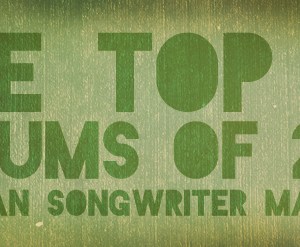