Bob Dylan called him fearless. He also called him Captain Dave. He’s Dave Stewart, most famous for being half of Eurythmics with Annie Lennox.

He’s one of many legendary luminaries, along with Stevie Nicks, Dhani Harrison, Mike Campbell & Benmont Tench, Foo Fighters, Beck and others, who will perform in the Tom Petty 70th Birthday Bash on October 23.

Dave was a good pal of Tom’s and also a collaborator. They created “Don’t Come Around Here No More,” which Dave started himself with drum machine, guitar/sitar, and with Tom expanded it. They also had a lot of fun together. “

“Dave could be wild,” Tom said. “One morning I came down, and there he is at the breakfast table eating cereal with my daughters.”

Once Dave suggested that he and Tom go over to Nudie’s, the famous designed of spangled leather cowboy suits. They went together and were outfitted in style.

He was Tom’s neigjbor when they both had homes in the Encino hills. It was at Dave’s home, in his home studio, that the first Traveling Wilburys album was created.

Dave would out of the country for most of it, but remembered coming home, and standing with a friend in his kitchen. His friend, looking out the back window, said, “Dave – am I loony – or isn’t that Bob Dylan, Roy Orbison and George Harrison sitting there playing guitar?” Such is the everyday surreality in this man’s life.

He’s a guy who never stops making art for more than a few minutes, and is forever intensely engaged with a myriad of new projects that expand in every direction from him, including new songs, recordings and performances, as well as books, documentaries, photography and more.

With his wife and one of his four children (he has two daughters and two sons), he was enduring lockdown in one of his favorite places, his home on a little island in the Bahamas.

It’s an island this writer got to know, thanks to Dave, when we worked together on his autobiography, Sweet Dreams Are Made of This: A Life In Music.

We spoke recenlty over Zoom, which connected me back to that little island. We spoke of the pandemic. Lockdown in paradise, he allowed, was not so bad. And we spoke of new projects and more. It is a changed scene there now, though, as the island had some lovely hotels and amazing restaurants, all of which are closed and empty now. But Dave and his wife have their home. And like many artists comfortable in seclusion, he’s busy making art.

Dave has been instrumental in discovering many amazing songwriters and artists, and working with them to develop their songwriting and make an album. His most recent project is his second album as Stewart Lindsey, he and the astounding blues man, Thomas Lindsey. A native of DeRidder, Lousiana, Lindsey’s amazing singing, songwriting and pure passion might have gone unheard if not for Dave. The new album is called Amatie and is pure, raw, real-time blues power.

Dave remembered the first time he heard Lindsey. “I said, ‘Holy crap!’ I couldn’t believe it was real.” We will bring you much more about Stewart-Lindsey in Part 2.

He’s famous for making songwriting – and record-making – fun. That joy of two artists merging their musica; souls was at the heart of Eurythmics, in which he and Annie wrote every song together, and then he would produce. He’s since written songs with Bob Dylan, Mick Jagger, Joss Stone, Stevie Nicks, Sinead O’Connor, Gwen Stefani and many others.

Asked for the secret of his collaborations, he said he takes the pressure off. “Usually artists are under the gun,” he said, “pressured by their label to quickly write whole albums of songs. And hopefully with some hits. When I work with them, it’s totally different. I invite them to have fun, maybe have a martini or two with me, and to relax. Because if they don’t like what we end up with, nobody ever has to hear it. And that removes the pressure, and we have fun.”

That spirit of fun is so foreign to most that it served as a real liberation. Even Dylan spoke of Dave’s genius at bringing the genius out of others, and seeing the best in them.

We will bring you Dave’s thoughts and memories about this project, and the singular Southern soul of Thomas Lindsey, in our next installation of the Endless Conversation.

But first as a preamble to all things Dave, an earlier conversation on some of the most galvanizing events in his life – such as a serious football accident, which sidelined him for some time and changed his thinking, propelling him to live his life in music. It was analogous to Tom Petty’s life-changing experience of seeing The Beatles on The Ed Sullivan Show, into which he saw his own future. The Beatles also infected Dave’s soul forever with rock & roll fire. The idea of songwriting – and of making records – hadn’t registered much prior to seeing The Beatles. It changed his life. So much that he and Annie reunited in 2014 to be part of the Grammy Awards Tribute to the Beatles, which also featured Paul McCartney, Ringo Starr, Dave Grohl and many others, and which we also discussed in the following.

A son of Sunderland, England, he grew up with intense passions, for football first even before music. Long before his fearlnessness was unleashed on the electric guitar, it was expressed on the playing field until it came to an abrupt halt. It was an accident that was providential, painful but necessary as it shifted the course of his life forever from football to a mystic Mersey beat.

Here’s Captain Dave on that momentous transition, and its outcome.

DAVE STEWART: I was going to play football, but a bad accident made that impossible. I was injured and told I couldn’t play for many months at least. It was then and there -in hospital – a guitar came into my life. I picked it up and never put it down, really.

I started writing songs when I was about 15. I didn’t have a band, I just had an acoustic guitar, and got these blues albums from Memphis, and my brother had a Bob Dylan album, and I was trying to learn that stuff. It was “Drive My Car” that really got to me. Rubber Soul was when I realized, boom, music.

Songwriting — It was the first time when I understood then that people could write songs. Till then I’d never considered it. Songs just were there. But that understanding – and something about the sound of the album – made me realize, “Oh, this could be an interesting thing. English music.”

We’d already had The Beatles by then. Everyone was mad about the Beatles in Britain. They were all over everything in 1964. The Beatles affected me more a bit later. I was 16 in 1968, and as they went into their songwriting development in the psychedelic stage, I was with them on the journey, if you know what I mean.

I did it on my own for a while. At 17 I formed a sort of Crosby, Stills, Nash & Young kind of band called Longdancer. Even then, I started to learn some Beatles songs.

[Sings] “Here I stand, head in hand/Turn my face to the wall …,” which is John doing Dylan. I probably related to that. “Hey! You’ve got to hide your love away” sounds very Dylan-ish.

[Being part of] this Beatles [special] was great. When [producer] Ken Ehrlich rang me, he said, “Hey, how would you and Annie like to play as the Eurythmics on this Beatles thing?”

Little did I know when I went to listen to it again it was one of the only Beatles songs with no guitar on it. So I had to figure out a way of not interfering with the song, and give it a Beatle-y feeling with a guitar. So I suggested to Annie that we get my friend [violinist] Ann Marie Calhoun in, and [that we] do a string arrangement that’s slightly different.

Annie wanted to do it in [the key of] G. So I thought, “Right, I’ll put the capo on the fifth fret and play a D shape, and get it really jangly in a high, harpsichord-y kind of way. Which would give that Beatle-y feeling. So I did that, and that seemed to work out. And I used my band that I use in L.A., with Randy Cooke on drums and Michael Bradford on bass. And it all came together.

I’m a big believer in entrances and exits. I was thinking the song should maybe start with Annie alone on the first verse, on the piano. And I wanted people to go, “Hey, I thought this was gonna be Eurythmics — what happened?” And then right at the end of the first chorus, I’ll be in darkness, and at that point I’ll walk to the edge of that step, and if you switch the light on right then, I’ll hit the 12-string. I wanted to give the feeling a bit of “Here Comes The Sun.” We went through that a couple of times, and it worked.

I wanted to bring my country swagger into it, wearing a suit made for me by Manuel in Nashville, and playing an acoustic 12-string that was handmade for me by Danny Ferrington, with a scroll neck.

It was surprisingly easy [to reunite with Annie Lennox]. We met, we chatted for a while before our players turned up in the rehearsal room. And then Annie and I just started jamming with the acoustic 12-string and her piano. Then we brought Ann Marie in, and sang her string arrangement ideas, and she wrote them down. And as the band members arrived one by one, we played it with them and it sounded right straight away.

So what Annie and I did for the next two hours, we just jammed on all sorts of different Beatles songs with the band joining in. It was confusing for the producers, who were coming in to watch us do “The Fool On The Hill” and we’re doing “The Long And Winding Road” or “Hey Jude” and me singing “Here Comes The Sun” with Annie doing the harmonies. And anything but the song “The Fool On The Hill.” But then we did it for them.

There were a lot of people there [at the show], so backstage it was a lot of fun meeting old mates, like Ringo and Jeff Lynne. And Dhani [Harrison] I haven’t seen for a while. Good fun. I had a great talk with Gary Clark Jr. He’s one of my favorite guitarists. 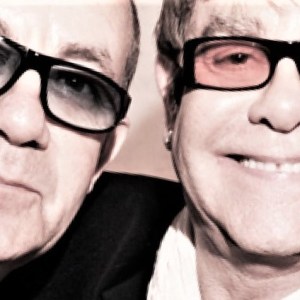 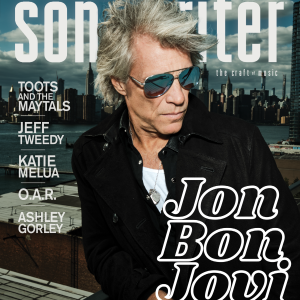