Angel Olsen’s horizons seem to be constantly expanding. Her debut album Half Way Home introduced her as a singer-songwriter with big ideas and a shoestring budget, but while her production and arrangements have steadily grown since then, her ambitions still remain outsized. The John Congleton-produced fourth album, All Mirrors, finds Olsen tackling a grand art-pop project through elaborate string arrangements from Jherek Bischoff and layers of gauzy synths. Ahead of its release, Olsen spoke to American Songwriter about the personal changes she’s gone through in recent years, giving over control to some of her collaborators, and finding peace with being alone.

All Mirrors has so many layers and new elements to it. Was there a learning curve in terms of tackling much bigger arrangements this time around?

I had to learn a lot to develop a language about string parts and to kind of let go of what I had thought about how strings could be used. For me, I think the hardest part was transposing parts from guitar to synth. And honestly, waiting on demos to be done and waiting on what arrangements would sound like. It was such a process, meeting with the arrangers and telling them what I want and kind of edifying that. It felt like the hardest part about it was waiting for all the pieces to come in. I’m more used to performing — the last record was tracked live. This process of adding piece by piece and waiting for arrangements to finish and not knowing where it will lead, it was testing for me. I needed to go through that to see I could be rewarded by allowing things to come together in that way.

The lyrics on the album seem to deal heavily in narratives of overcoming something, or having a metaphorical weight lifted. What experiences of yours influenced these ideas?

I went through a lot of change in the last couple of years. Different band members coming and going, and then relationship issues, and kind of settling into myself a little bit more. It’s my way of saying a chapter has ended. A lot of shit happened in my life in a short amount of time during the My Woman tour when, outwardly, everyone assumed I was doing great because that record was successful. But I was overworked and I wasn’t sleeping enough. It’s fine to go on tour when everything’s fine in your life, but when everything’s not fine in your life and you’re on tour with six people, it’s not a great idea. But you can’t plan that.

It feels hopeful though. Was that what you intended to get across in these songs?

I guess so. I feel very hopeful. Most of the time I feel like, if I’ve written about it I’ve already gone through it. I’m way past it. Listening to the record, I wanted to end on something positive, which I felt was “Chance.” It’s the only one that could end the record, otherwise it just feels like an unfinished thing. I like the way the lyrics in that song say “Don’t promise forever to someone — just be there.” I was telling myself that, because I get really excited about forever, and I want to plan everything all the time. I’m a planner. But you can’t plan what will make you happy or who you will become when things really hit the fan, so it’s better to forgive yourself and just be there for someone.

Do you feel that you’ve changed a lot personally over your years of performing and making music?

Yeah, I think so. It took me a long time to realize I like my thoughts alone and I don’t need anyone to confirm them. It’s a simple thing, and what I mean by that is I always dated people and voluntarily allowed them to change my life or to try to change myself to fit into a traditional life that I never needed or wanted. But I will never have a traditional life because I make music for a living, and I travel for a living. So I can’t actually fit into that and I had to come to terms with that.

Working with so many different collaborators, do you end up having a different perspective on your music after the process is over?

I do. But a lot of the time, I get the final say on the edit. Even with John, we’ll go back and forth and I’ll be like, “Here are the reasons I have these notes,” instead of just giving him notes. On this record, I really let people in and take charge in a way that I didn’t on previous records. I’m not used to this medium. I don’t know what it means to make a string arrangement for a song. So with Jherek, I was just like, “I have no idea how you approach these songs, go for it, go fuckin’ wild.” And he came back with those arrangements and I was like, “Holy shit!” I had no idea someone could do that with strings. It’s like fuckin’ Westworld or something. 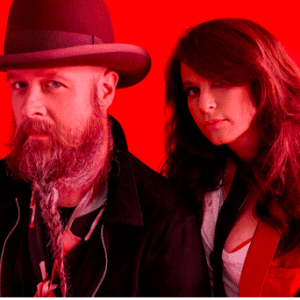 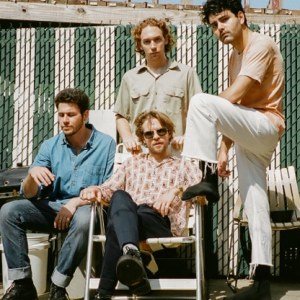