Acclaimed singer-songwriter Ani DiFranco got her first guitar at nine years old and it quickly became her “best friend.” At that time, DiFranco made the acquaintance of a local musician in Buffalo, New York, where she grew up. He worked in a guitar shop in town and decided to take the young, enthusiastic DiFranco under his wing. It was an important early mentorship for the eventual Grammy winner, helping to set her on her long, creative path. He introduced DiFranco to other working musicians, brought her around to sing with him at gigs, where she soon learned to forgo her feelings of shyness and lean into the scary proposition of singing in public. Today, some four decades later, DiFranco is one of the most recognizable names in songwriting. She’s released dozens of albums and worked at almost every stage of the industry along the way. On January 29th, the New York native will release her newest LP, Revolutionary Love.

“I needed it,” says DiFranco. “I needed something. I had a troubled family that I grew up amidst. Because of that situation I was on my own, starting when I was 15. I know there are many who have struggled more and faced greater challenges than I, but we all need a way to process things. We need a way to express ourselves and exorcise the demons within us. Music just became this essential medicine for me.”

DiFranco’s guitar shop mentor took her to bars and coffee houses when she was nine – eleven years old to sing with him. She says she wasn’t a natural extrovert so she underwent the difficult work to get comfortable on stage early on. It was a long process, DiFranco says, but it began to pay off. As the years progressed, DiFranco dove into other art forms like dance and painting, but music remained the most essential. For her, music is more akin to oxygen or water than, say, a favorite romantic comedy. This was one of the motivations behind DiFranco launching her own record label, Righteous Babe Records, in 1990 with the launch of her debut, self-titled record the same year.

“Getting anything off the ground is rocky,” DiFranco says. “Trying to blaze a path where there is not one ready made for you is hard. It was a long, slow evolution. For the first ten years of Righteous Babe Records’ existence, I had no distribution other than my legs and arms and back and sweat.”

Even with other labels telling her they’d welcome her into their profitable network, DiFranco resisted, working hard on her own projects, reminding herself daily why she was focused and comporting herself this way. She didn’t want to muck her vision up with some misguided business move, she didn’t want to be under the thumb of some pack of executives who didn’t have her best interest in mind. So, she did it herself, driving to gigs all around the country and hearing how hard it was for fans early on to find her music. Nevertheless, she kept at it. Much like the rappers selling records and cassettes in their car trunks in the ’90s, DiFranco hustled her work. In 2004, she was rewarded with a Grammy win, though that accolade doesn’t rank especially high on her list of personal achievements.

“It’s mostly about money and power,” DiFranco says. “It feels not quite right to me to put ‘Grammy-winning’ before my name—that it is given so much importance. Again, I’m thankful and I appreciate being acknowledged by that body. But I’m not the first to recognize that there’s great music and there are awards and they aren’t necessarily one in the same.”

Whether it wins a Grammy this year or not, DiFranco’s latest record is quite terrific. It’s an eclectic, buoying work that continues the musician’s signature focus on self-investigating, healing and social justice. She recorded the music in North Carolina as the worry of the COVID-19 pandemic had begun to sweep both the country and globe. DiFranco spent five days in the region before returning to her home city of New Orleans. In those five days, DiFranco cut the eleven tracks that would make up the new record, supported by a group of musicians she’d never met before. The players, who had long heard of DiFranco as a result of her thirty-year career, were eager to collaborate.

“I couldn’t hug them,” DiFranco says. “I couldn’t see half their faces because of the masks. But suddenly I’m in a studio making music with these guys and trying to record a record in a complete new environment with completely new people. As it happened, all those guys are incredible musicians. It was a wonderful experience.”

The artist’s most recent single, “Do or Die,” highlights the need for social equity and a reexamination of interpersonal priorities. DiFranco has long cared about justice, empathy and compassion and those efforts continue in the latest song, garnering nearly 200,000 views on YouTube.

“When I was very young,” she says, “like many fresh-eyed people, I looked around myself at my country and my society and said, ‘Whoa, this is fucked up!’”

More recently, DiFranco has undergone some personal changes while the world around her seems to also be going through significant shifts. In 2019, DiFranco wrote a book, No Walls and the Recurring Dream: A Memoir, about her life and career. In 2020, she turned 50 and, she explains, that she is entering into a new phase of her life, physically. Thus, she says, now is the perfect time for her to reevaluate her life, see how she got to the place where she is today and contemplate her future.

“This is the juncture in my life,” she says, “when it’s time to sit down and think about things for a minute. How did I get here? Who the fuck am I now?”

But just as music was there for her in times of tumult—beginning as early as age nine in Buffalo, New York— so too does it remain in her life today. She calls it the “connective tissue” that sits between moments in our individual lives and betwixt the globe’s swath of people, in general.

“Music,” DiFranco says, “can dissolve instantaneously the illusion of separateness between us. In a moment, we can be absolutely united in feeling and understanding and breathing in the same thing. In those moments, when I’m on stage and a breath rolls out of me and out over however many people and it rolls through them and back into me—that’s incredible.” 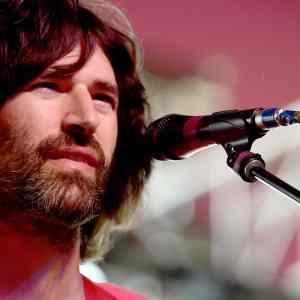 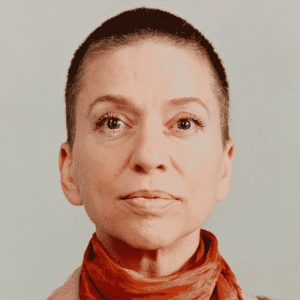