Growing up, the rapper, Open Mike Eagle, says there were two prominent styles of rhyming in his hometown of Chicago. On the south side, where he was from, the aesthetic was influenced by a more classic New York City style. Whereas, the west side of the city took on touches from down south and Los Angeles. For a while, Eagle says, he adopted the New York City-south side method, rejecting the west side and it’s more melodic approach. But, at some point, a switch flipped. It didn’t have to be one or the other. He could be both. Ever since, in many ways, Eagle’s style has leaned into that truth. He can embrace the many diverse aspects and abilities of his mind. He can have as many interests as exist moments in the day. And this eclectic intellectual bent permeates Eagle’s newst LP, Anime, Trauma and Divorce.

“As I got older,” Eagle says, “I started to understand the musicality of rap more. I began to understand how I wasn’t serving myself by shutting myself off to the west side route, which was more about double time and playing with patterns. Both styles live within me.”

Eagle’s latest LP, which he released recently on October 16th, is his 11th studio LP, to go along with about another dozen releases and myriad features. He’s a prolific artist and one with many interests, which he embeds in his work. Along with music, Eagle hosts several podcasts, which focus on topics ranging from professional wrestling to Adult Swim cartoons. It’s emblematic of a curious, inquisitive mind that isn’t easily satisfied by any one art form.

“I think rap, in a lot of ways, can be limiting,” says Eagle. “I want to be seen as a human being who’s multifaceted. It’s always been an interest of mine to try and use different parts of my creativity in different scenarios.”

The thing about music, for Eagle, is that it’s always stuck with him. He remembers being a kid, his grandfather driving him to school in the mornings. Together, they’d listen to the oldies station and certain songs stayed with Eagle throughout the day afterwards. His mom played him his first rap record – a solo album from N.W.A. leader, Easy E. Before he turned 10-years-old, Eagle says he discovered the rock band, They Might Be Giants, which further opened him up to new musical genres and styles. But it wasn’t until reaching high school that Eagle began rapping and investing in it.

“I didn’t have very much of a social identity or really a sense of self at all,” Eagle says. “So, finding the hip-hop community in Chicago at the time and how it was a meritocracy and based on being dope at rapping, breakdancing and graffiti, it really gave me a lot of the building blocks to build my social self on. Plus, I got really good at it.”

Eagle, who moved to Los Angeles in 2004, began more and more to think about music as a career path. In college at Southern Illinois University, where he met comedian Hannibal Buress (Eagle was Buress’ R.A.), eagle had studied psychology. The field opened him up to understanding both himself and people, at large, better. Today, his music is influenced by his education. It often orients itself around the same existential and intellectual questioning that the academic discipline offered.

“To this day,” the artist says, “my music seeks to answer at lot of those same questions. I think that level of inquisitiveness is something that will always be with me. It’s part of my style now, part of my approach.”

On his new LP, Eagle doesn’t pull any lyrical or musical punches. The album is filled with thought-provoking lines, from the humorous to the heart wrenching. The album was a means to process a difficult time in Eagle’s life, both personally and given the recent devastating current events in cities like his hometown of Chicago. It took a lot for him to write and release the record.

“I’d never made something as emotionally forthcoming as this in a direct way,” Eagle says. “There was a lot of trepidation doing it. I was going through some pretty bad stuff and my therapist had to remind me I had this outlet in music that most people don’t have. So, I got encouraged to use the platform for that.”

Standout tracks include the sociological study “Death Parade,” the head-bobbing “Asa’s Bop,” humorous “Wtf is Self Care” and tender “Fifteen Twenty Feet Ocean Nah (Live from the Joco Cruise).” The songs read as both entertaining and educational, personal and for the public.

“I tend to make rap songs that wear a bunch of hats,” Eagle says. “And I haven’t run out of things to say yet.”

For the 40-year-old Eagle, who walks a unique line of music celebrity and mysterious creative entity, the future is both unknown but also full of potential. He has fingers in many creative pies and many adoring fans who partake in them. When he thinks about the state of the world, Eagle says, he hopes people will push through this rather dire patch in history. And if we are to do so, music will most certainly be there to help guide the world, at large, and Eagle, more personally.

“Music has access to emotions in a way that nothing else does,” Eagle says. “I feel like there is nothing I’m aware of that can affect me quite like a playlist of my favorite songs. There is magic to music. There is this unquantifiable energy release that happens with the mathematics in music. I don’t know what it is but it is relentlessly satisfying.” 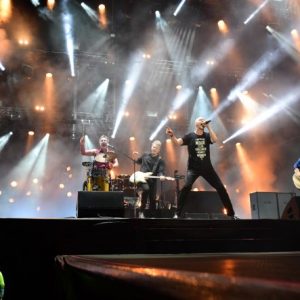 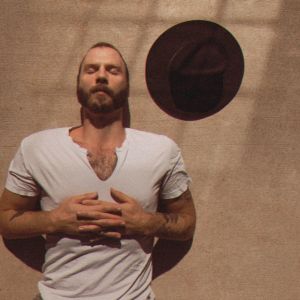