When the deadly tornado blew through Nashville in the middle of the night this past March, songwriter Hunter Tynan Davis’ Germantown apartment was in its direct path. Awoken out of a sound sleep, his top-floor residence received a direct hit from the deadly tornado, exploding, as he says, “in a maelstrom of wood, glass, and wind.”

Miraculously, Davis and his fiancé, as well as their neighbors, escaped serious injury. Shaken but grateful, Davis gained perspective on how life can change in the blink of an eye. Soon after, he put pen to paper, writing the Wizard of Oz-inspired opening line, ‘Wake up Dorothy, we gotta hit the floor,” which sets the somber scenario for his new single, “Sticks And Storms.”

Premiering here today, “Sticks And Storms” is a comforting, modern folk ballad in the lineage of Randy Newman’s “Louisiana 1927” and other disaster songs, with astute observations of the real and the surreal aftermath of nature’s wrath. Davis’ voice, imbued with his Texas-born storyteller wisdom, tenderly wraps around the melody while a light, sympathetic musical performance effectively captures the swirling and whirling noise of uncertainty ahead, placing the listener in the middle of the tornado’s eye.

Wake up Dorothy, we gotta hit the floor
There’s a train a-comin’ I can hear that engine roar
It’s shakin’ these walls like leaves on the tree
Take it as we can and leave as easily

“It was the defining moment in my life,” Davis tells American Songwriter. “There was a ‘before and after’ that night and those two lives are very different. The song came pouring out of me and I just felt that this night needed to be recounted in some way. It’s a small glimpse into the reality of that tragedy.”

The writing process proved to be therapeutic and cathartic for Davis, but the tornado was just the start of a rough patch ahead. “Within weeks of the tornado hitting, Covid-19 reared its head, the multi-state tour I was on was canceled, my fiancé and I separated and then found out we were also expecting our first child. It was all overwhelming. In a short period of time, the life I had known had been dismantled and it was hard to grasp the stark contrast of that new reality.”

With all that weighing on his mind, Davis went back to his hometown of Groves, Texas for familial comfort, eventually looping in his father, a songwriter himself, to co-write the song.

“I was sitting in my childhood home trying to write and make sense of everything when my Pop heard a verse I was repeating over and over. He is my best friend and my earliest co-writing partner. He’s an accomplished songwriter and the main reason I write and play today. But, as fathers do, he just sat down and had that sixth sense about the moment, and we started working through words and lyrics. I’m proud he’s my father and that we were able to craft something meaningful from that tragic time. This song is meaningful to me for a number of reasons, but that one is high on the list.”

“Sticks and Storms” is a bit of a lyrical departure for Davis’ heartland Americana vibe, and he was unsure about releasing the song at all. “Not to kick rocks at my other songs or releases but “Sticks and Storms” just came from a different place. It came out of necessity and unavoidable vulnerability. Something hurts down inside me every single time I listen to it.”

As things started to heal and with the encouragement of friends and family, Davis faced the trauma in order to give listeners a window into that night, hoping to capture the reality of the disaster. “I was incredibly fortunate and lucky to have made it through that tragedy, but some sadly did not, and this release is more for them (and all those affected) than it will ever be for me.”

While the event that prompted “Sticks And Stones” chronicles a difficult time, a personal bright light has emerged for Davis in recent months. “My fiancé and I are back together, and our first son will be born in a few weeks!” 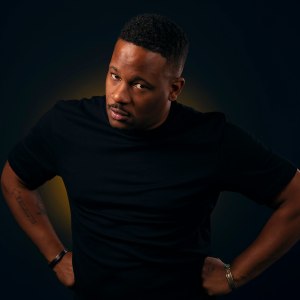 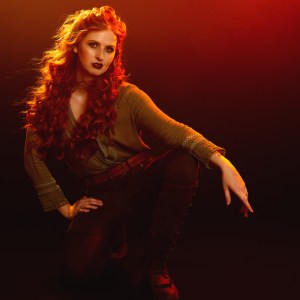