The 30-year-old experimental artist, who released his debut LP in 2011, has been making waves especially since his 2019 release, Igor. He released his latest, Call Me If You Get Lost, earlier this year.

BET shared the moment on Twitter, saying, “One more time for @tylerthecreator Congratulations to the goat on being this year’s Rock The Bells Cultural Influence Award Honoree! #HipHopAwards.”

“I love the love, thank you,” Tyler said in his acceptance speech. “Wow, that was a lot. I don’t have anything planned at all. Playboi Carti has a line where he says, ‘bought my mama a house off this mumbling shit.‘ And I always get teared up when he says that, cause this thing that is a hobby or a pastime or a passion for us, a lot of people in here—that shit kept us out of trouble.”

He continued, “It allowed us to change our family lives, our friends’ lives, our lives. Even earlier when like Jay, to Young Blue, the Wu-Tang, all this stuff getting played and we all singing the lyric and I’m like, ‘that community is just crazy that the things that we were able to see and experience because of this thing called rap and hip hop.’ Where rap, it’s like a pathway for a lot of us to really just go, to leave, to experience just new shit that we’re really not allowed to see or shown from where we grow up.

“I definitely think that I’ve created my own path, but it’s people who allowed me to understand that I can do that, who laid the blueprint,” he said to thunderous applause. “I wouldn’t be here or up on this stage or have this silly hat or anything without the Q-Tips, the Andre 3000s, the Pharrells, The Kanye Wests, The Miss Elliots, who no one ever brings up, Busta Rhymes and the Hype Williams,’ who just took it to this different world. I appreciate you guys so much for just opening the doors and throwing the key. Not just opening the doors but talking to young guys like me and giving me gems and things like that. Even LL, the speech he gave me back there was just beautiful. To everyone in here, King, Blue, it’s beautiful, and everyone keep thriving, keep doing your shit and call me if you get lost out now.”

One more time for @tylerthecreator Congratulations to the goat 🐐 on being this year's Rock The Bells Cultural Influence Award Honoree! #HipHopAwards pic.twitter.com/ESNykvyOG6

Among other awards given, polarizing and always-put-together rapper, Cardi B, won the award for best video, along with Megan Thee Stallion, for “WAP.”

Cardi B, who was unable to attend the awards, shared a video of Remy Ma accepting the award on her behalf. “Ok but Remy looks so pretty,” she wrote along with the post.

For a complete list of the nominees, check out this link. 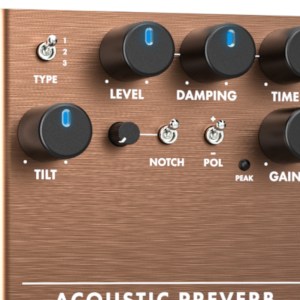