Arcade Fire is set to release their sixth album, WE, on May 6 and shared the video for their single “The Lightning, I, II.”

Produced by Nigel Godrich (Radiohead, Thom Yorke) and Arcade Fire’s Win Butler and Régine Chassagne, the album was recorded in New Orleans, El Paso, and Mount Desert Island in Maine and “paradoxically distills the longest we’ve ever spent writing, uninterrupted, probably ever,” said vocalist Win Butler (full statement below), who added that the album’s title came from a book his grandmother once gave him as a kid, stamped with the words “WE” in 1920s gold leaf.

“I wondered ‘what is we. who are we,” said Butler. “There are questions that can rattle around your head for a lifetime, but once in awhile the centuries are grind to a halt and ‘WE’ are given the precious time to ask in our child-like voice: what is we?”

Breaking down WE, the seven-song album is split into two sides, one called “I,” opening on isolation with the first three songs, and a second called “WE” about reconnection, concluding with the final four tracks.

The album is a 40-minute epic about “the forces that threaten to pull us away from the people we love, as it is inspired by the urgent need to overcome them,” according to a release, following the arc of darkness to light, isolation, and reconnection, from “I” to “WE.”

Extending the visuals of WE, the black and white video for “The Lightning, I, II,” directed by Emily Kai Bock, screens as a rotating diorama of the band performing on the street with featured guests Dan Boeckner of Wolf Parade, Sarah Neufeld, and Paul Beaubrun and wraps around the captivatingly chaotic six-minute plus track.

A follow-up to the band’s 2017 release Everything Now, Arcade Fire has been working on WE since 2020, and recently celebrated the 10th anniversary of their third album The Suburbs.

“It’s the dream of Martin Luther King Jr., and the iron of the nail on the church door of his namesake,” added Butler of the concept around the album. “It’s the innocence and the mistake, the universal flaw and the perfect imperfection. The hipsters call it jazz. The hippies call it love. And we call it ‘WE.'” 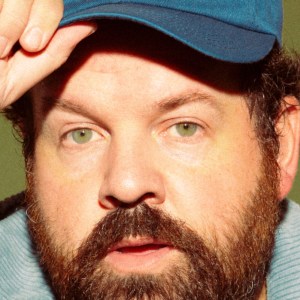 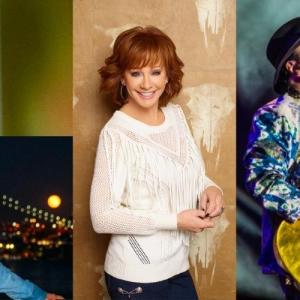