What one song unites Harpo Marx, Miles Davis and Steve Goodman? If you guessed “My Funny Valentine” you’re right.

As part of Valentine’s celebration this year, here’s our current list of seven favorite covers of this classic song by Rodgers & Hart.

For thestory behind “My Funny Valentine,” written in 1937, see our full exegesis published on this Valentine’s Day of 2021.

In that piece, we referred to the vast number of recordings all of this one song, and the extreme range of performers who all made it their own. Of those, choosing five was too hard. Instead, here are seven of our favorites.

Harpo Marx, like his brothers Groucho and Chico, was a musician. Groucho played guitar, Chico played piano. And Harpo, as his name indicates, played harp. He started playing when he was 20, at the urging of his mother. He had no teacher, and learned to hold it by seeing an illustration at the Five & Dime of an angel with a harp. He invented his own tuning for it. When he was able to take lessons, he kept the tuning, which fascinated his teachers. And he learned to play like an angel. A silent angel. Those unexpectedly tender moments in Marx Brothers films when the mania stilled for a few minutes and Harpo sang through his harpstrings were unlike any other in cinema history. Chaplin had a sweetness to him, and was also a silent clown of grace, as was Buster Keaton. But could either play the harp?

The late great Steve Goodman, a beloved Chicago hero along with his good pal John Prine, was an exceptional songwriter. He wrote the classic American train song “City of New Orleans” and a bounty of other beautiful, great songs. But he was also a true song champion, who first brought the songs of Prine and also another Chicago genius, Michael Smith, to the world, launching their careers> He also educated and inspired all of us who were his fans since we were kids in Chicago by performing every great song there was, from “Johnny B. Goode” to this one, “My Funny Valentine.” Which before then was considered by us as an arcane relic from our parent’s album collection. That is, until Stevie schooled us that all great songs are great, each with their own charms. And all were cool; there were no uncool songs, except if they were false. Few songs ever sparkled as brightly as when Stevie played them. A wonderfully soulful singer, he was also an exceptional guitarist, who performs the song instrumentally – including all of those “adult chords” as folkies would call them – and delivers it with full Steve Goodman spirit, which still resonates with real-time timeless joy to this day.

Chet Baker first recorded the song in 1956 on his album Chet Baker Sings. He also recorded several live versions, each of which is beautiful, but different. Some start with the vocal, and bring little trumpet. Others have long, beautiful solos as well as his singing. Choosing only one isn’t easy; check out the others to feel the fullness of his connection with this one song. This is his first live recorded version, from a concert in Turin, Italy in 1959.

The amazing Rickie Lee. The way she sings this, it seems the song was written for her. Recorded live at the Roxy in Los Angeles on April 18, 1982, this was included on her beautiful Girl at her Volcano album, which was released in 2013. Like many of her fans, already entranced by her beautiful debut – (especially “Company” – written with the great Alfred Johnson – and with a remarkable melody and chords Richard Rodgers would have loved – like his, sophisticated, unexpected, new and yet as poignant and timeless as a song can be. )

And then came Pirates, one of the most hauntingly beautiful albums ever made. As absolute masterpiece of multitudes from start to finish. So we already know what Rickie Lee could do. Anything. Yet we didn’t know she could do this. It was a revelation at first. And yet it makes sense, that she had already connected with melodies and lyrics like this one before starting her own songwriting journey. A song like “Company” doesn’t come out of nowhere. And like this song, it has lost none of its power either as the decades have passed.

The man always brings his inspired everything to covers. And when this guy chooses a cover, he chooses a great song. This one he sings live to the accompaniment only of his own guitar. It’s all that is needed. This is a live recording on February 8, 1996 for The White Room TV show on UK’s Channel 4.

Nobody has ever sung a song like Ella ever. She honors the song – and the songwriter – by embodying the precise melodic and dynamic architecture of the song as written. She doesn’t make it her own with embellishments or detours. Instead she delivers it with loving fidelity to the melody and the words. Her voice has the clarity, precison and purity of Coltrane’s sax , but there’s also a sweetness to it. One would think Richard Rodgers would swoon to hear his genius so beautifully expressed.

Produced by Norman Granz, 1956, it was arranged by Buddy Bregman. Unlike almost all covers of the song, Ella’s includes the original verse – the introductory section which precedes the famous chorus. It was Bregman who insisted she sing this part to distinguish it from all the other recordings of it.

But it also shows the fullness of Rodgers’ melodic brilliance, as it is the pathway which leads to the famous chorus. It’s one of the few fundaments of song structure rarely used in modern songs. But at the time it was prevalent

and worked like a long pre-chorus, building in tension until it explodeds into the chorus. In this original context, we can hear that the chorus comes not out of nowhere, but as a well-designed response to that section.

The original verse which Ella sings:

Behold the way our fine feathered friend/His virtue doth parade
Thou knowest not, my dim-witted friend/The picture thou hast made
Thy vacant brow, and thy tousled hair/Conceal thy good intent
Thou noble upright truthful sincere/And slightly dopey gent…

From “My Funny Valentine”
|By Rodgers & Hart

Miles Davis – as much of the world knows – remains one of the most important and galvanizing musicians in the history of American jazz. Not only did he impact the arc of jazz itself with his work, he launched the careers of many of the greatest jazz players ever by enlisting them in his bands. John Coltrane, Herbie Hancock, Red Garland, Bill Evans, Sonny Rollins, Wayne Shorter, Chick Corea, Josef Zawinul all got introduced to the ages by Miles.

He was also a serious admirer of great songwriting, and hauntingly timeless melodies like this one by Richard Rodgers, which he used as the foundation for this excursion. Recorded live with the Miles Davis Quintet, it features Miles on trumpet, Paul Chambers on stand-up bass, Red Garland on piano and Philly Jones on drums. John Coltrane was the sax player in the band, but doesn’t play on this recording. The essential simplicity of the band -piano, bass, drums and Miles – provides a real-time purity of space and sound for this perfect marriage of Rodgers & Hart & Miles. remastered by the great Rudy Van Gelder. 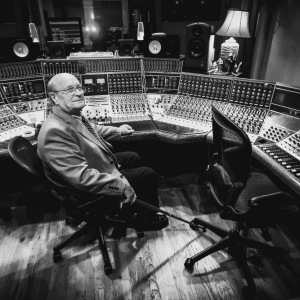 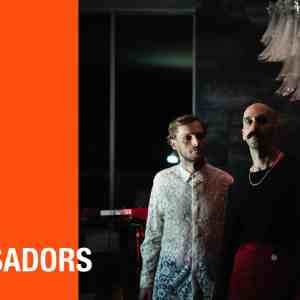