Tejon Street Corner Thieves (Connor O’Neal and Shawn D’Amario) “the outlaw blues and trash-grass pioneers,” based in the Colorado Rockies, forged their original brand of whiskey roots from the ground up. Ahead of Stolen Goods, their fourth record since their 2016 debut, Every Last Drop, TSCT shares a new single, “Mobile Line.” Like all the songs on their upcoming Stolen Goods, “Mobile Line” is the duo’s take on American tradition.

“I learned this one from my buddy Jason who lives in New Orleans when I used to busk down there,” says O’Neal. He learned it from someone, who learned it from someone, on down the line. It’s a song jug bands play. The rest of the songs are in the same vein—old-time tunes that have been passed down for generations and changed and adapted in the process.”

The song is a driving Ragtime, pre-jazz tune. It’s reminiscent of their early days as a band. Connor O’Neal and Shawn D’Amario initially met in Colorado Springs in 2013. The two, who had both just lost their fathers, became fast friends. To support their shared love of fishing and booze, O’Neal and D’Amario set up shop on the corner of Tejon Street, belting their blues-tinged, rock-infused, country-leaning tunes to all who cared to listen. Stolen Goods reflects the songs they’ve played for the last nine years and how they’ve adopted the age-old sounds.

Honing their craft on the streets, the road band has become renowned for their showmanship. In 2015 they earned the Gazette “Best of the Springs” award, the 2017 Pikes Peak Art Council “Best In Show,” and back-to-back 2018 and 2019 Colorado Springs Independent “Best Original Band.”

Without live music, they pivoted. O’Neal says, “there are a million things we miss about it and need it for.” But, they are proud of what they’ve accomplished in its place.

“This album was a spur of the moment,” says O’Neal. Before the pandemic hit, the band planned to record some songs, then hit the road for a tour they had lined up. They completed three songs in that initial session, which they released as their 2020 EP, Demons. With no live performances, they returned to the studio with a full band to finish recording. With the help of their producer, Bill Douglas, they completed their original album. Then, Douglas suggested they record at least another song while they were set up.

“We had some of our favorite tunes listed on a piece of cardboard and went down the line picking out favorite traditionals to record,” they explain. “And we ended up finishing it that night. Bill really pushed us to do it; it was unplanned. But we’ve been playing these songs together for so long, and once we got going, we were off to the races.”

Both O’Neal and D’Amario’s musicianship is deeply-rooted in their heritage. Each of the co-founders credits their grandfathers for the entrance and influence. O’Neal’s grandfather, who he describes as “a quirky dude,” introduced him to magic tricks and performance music. He spent summers at his grandfather’s farm, perfecting the art of juggling and picking at the ukelele. When he passed, O’Neal inherited his banjolele (Banjo ukulele) and vowed to continue on the tradition.

D’Amario’s grandfather was a member of the Glenn Miller Orchestra and Air Force Academy Jazz Band. His aptitude with trumpet and clarinet drove D’Amario into music. “He was a big jazz guy,” he says. “And I didn’t understand it until recently. Jazz is now a love of mine. He bought me a keyboard, then piano eventually got me into trombone, and he was really stoked about that.”

“Not only does the album kick ass, but we got creative with packaging, came up with board game/drinking game—somewhere between beer pong and quarters,” says D’Amario. “You work your way from Tejon Street, where we started, to the ‘big time’ which we selected as Red Rocks.” 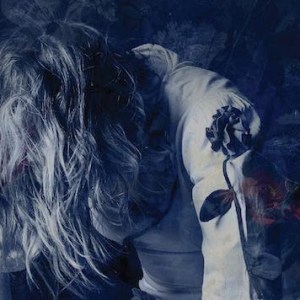 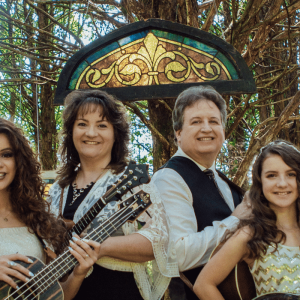